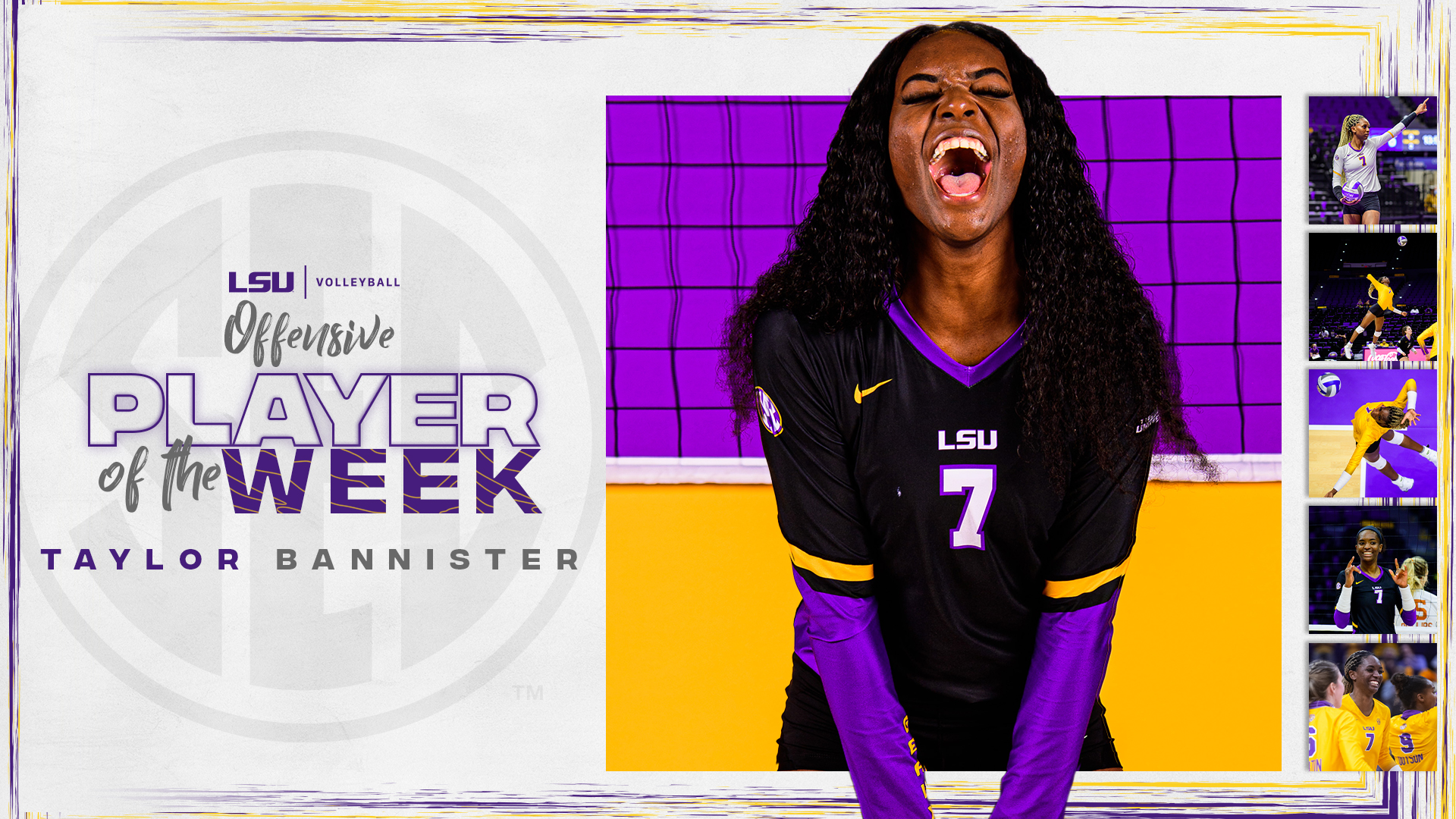 BIRMINGHAM, Ala. – Right side Taylor Bannister earned the final SEC Offensive Player of the Week award this season announced by the league office Monday afternoon.

Bannister led the Tigers this week with 51 total kills, averaging 5.67 kills per set behind a .494 hitting percentage and averaged 6.39 points per set thanks to six blocks (0.67 per set) and three aces (0.33 per set). After posting 22 kills and a .474 hitting percentage in the first match against Georgia, Bannister ended the week with a season-high 29 kills and .511 hitting percentage. She also dug 10 balls to secure her 17th career double-double and added a pair of aces.

This is Banister’s eighth career SEC weekly laurel and first this season. Bannister was tabbed to the 2021 All-SEC Team, making her a five-time selection in her career.

The Missouri City, Texas native concluded her tenure with the Tigers as the all-time kills leader with 1,902 career kills – a mark that also ranks No. 7 all-time in the SEC.