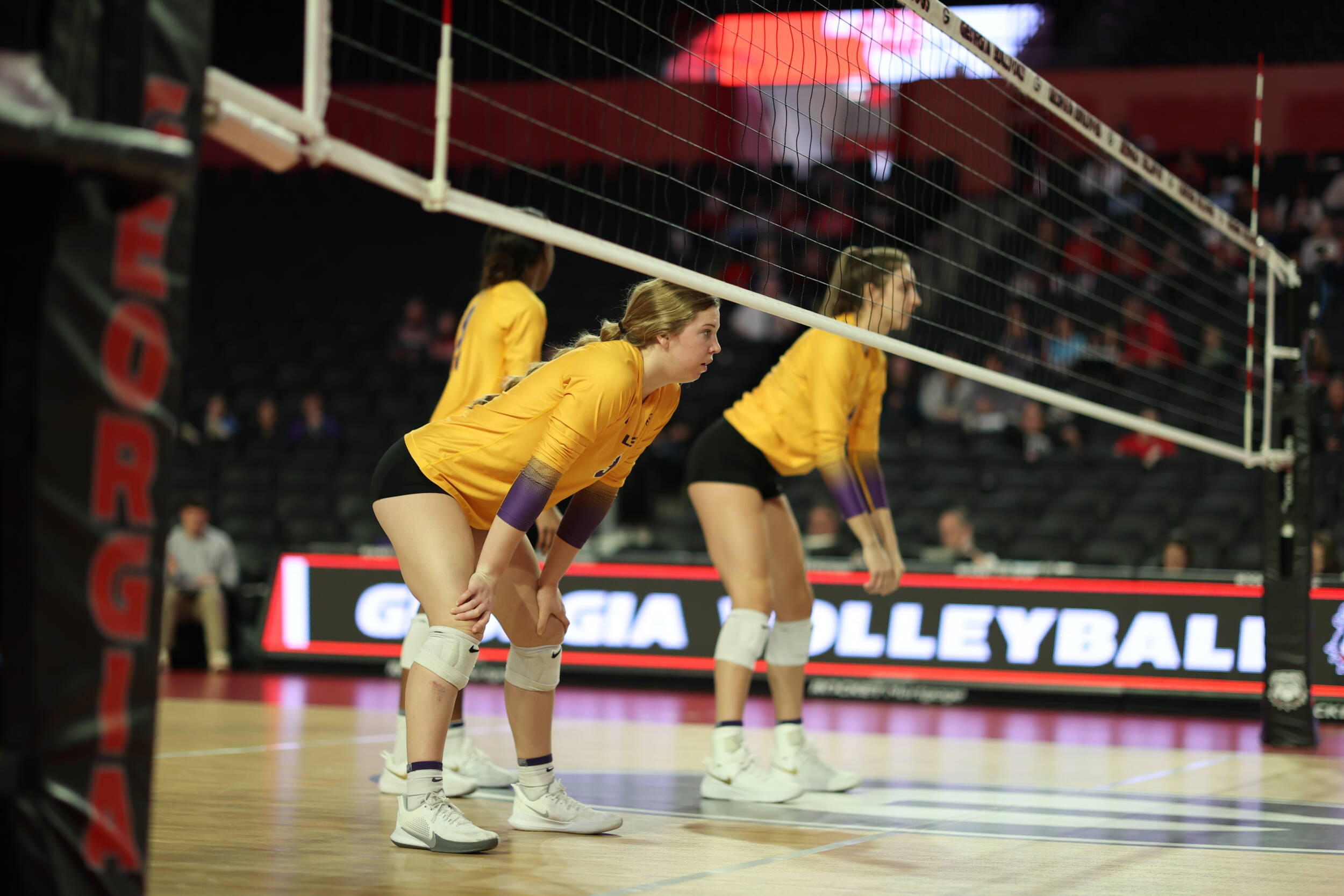 The Tigers outhit the Bulldogs .282-.222 won the battle at the net in blocks 10-6. However, Georgia outlasted LSU and registered just two more kills, 60-58. UGA also had 11 aces to the Tigers’ eight and LSU recorded 11 service errors in the match.

“I think we fought as hard as we could fight. Unfortunately, we ended up on the wrong side of things,” said head coach Fran Flory. “We did not play as gritty as we needed to. We started great but we could not maintain it. It was a hard-fought match. You must credit Georgia because they made some incredible plays. They dictated the outcome more than we did and that is the story of the match. It is sad to end for these seniors, but they gave their heart to this program, and we appreciate them.”

Outside hitter Taylor Bannister registered another season-high with 29 kills and hit .511 on the day. She also had 10 digs for her 17th career double-double. Bannister logged 20 or more kills for the second consecutive match. She was followed by outside hitter Kylie DeBerg who chipped in nine kills, had three aces and 11 digs with three blocks.

Outside hitter Amber Stivrins led Georgia with 17 kills followed by 14 from outside hitter Kaci Evans and 13 from middle blocker Sage Naves.