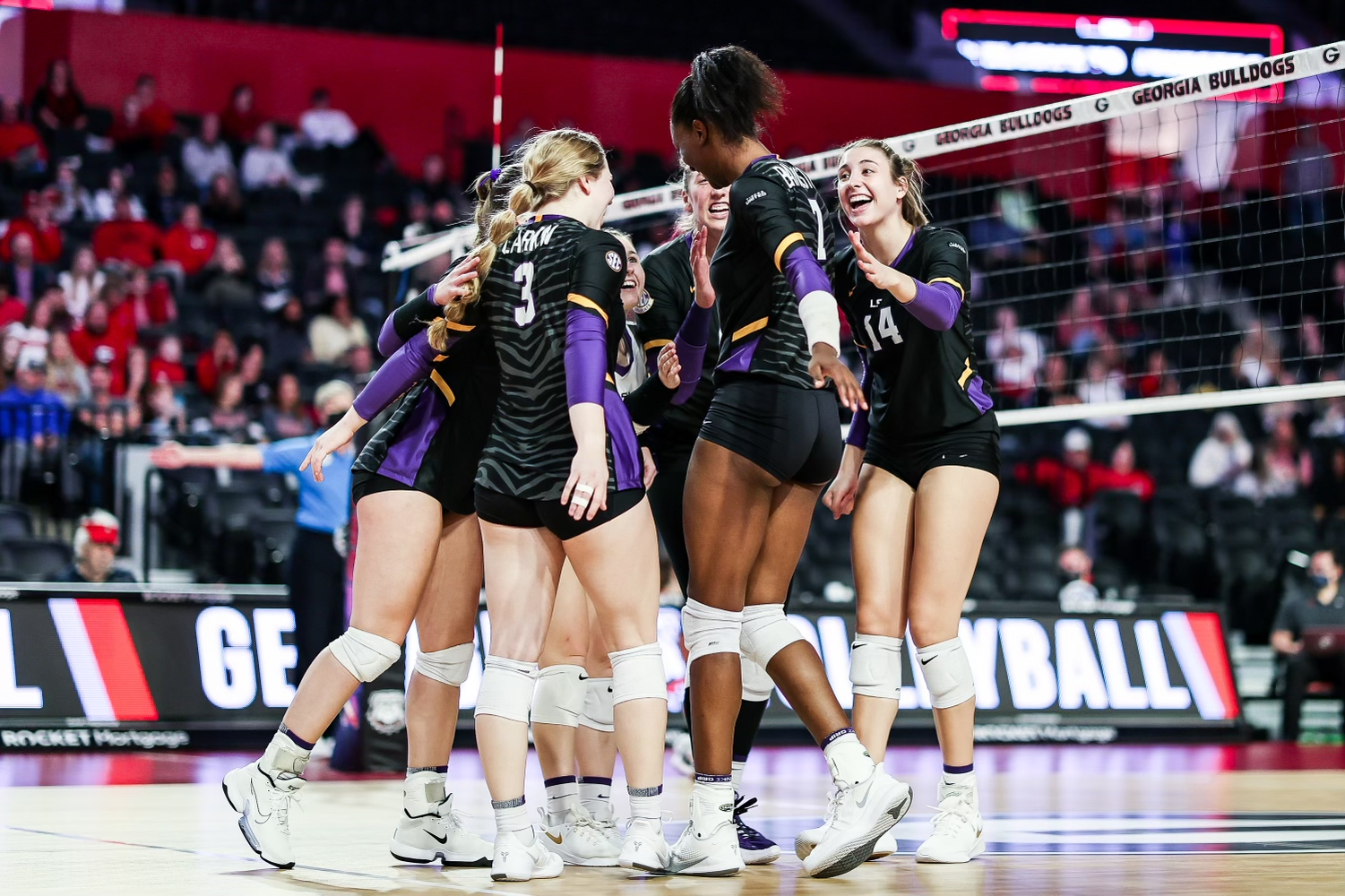 In the penultimate match of the season, the Tigers outhit the Bulldogs .326-.220 and logged 61 kills to Georgia’s 48. LSU’s nine aces bested four from Georgia, and they also showed up at the net to the tune of 11 blocks to the Bulldogs six. The Tigers have now won their last five matches when accumulating 10 or more blocks.

Although increasing its winning streak to three in head-to-head matches, LSU snapped its two-match road losing streak at Georgia, picking up the first win in Athens since Oct. 9, 2016.

“I thought we managed our side well,” said head coach Fran Flory. “Our serving got them out of rhythm and although we were high error, nine aces are good against a team this well coached. We knew we needed to balanced and we played balanced today.”

Right side Taylor Bannister led the Tigers with a dominant 22-kill performance on a .474 hitting percentage. The 22 kills for Bannister are a season-high and is the second match in a three-match span with 20 or more kills. The Tiger middle blockers had a big day beginning with Anita Anwusi who contributed 14 kills behind a .478 hitting percentage and tallied three blocks. Allee Morris did a bit of everything, posting eight kills, six blocks (including two solos), and a season-high two service aces. Outside hitter Kylie DeBerg also reached double-figure kills with 11 and added seven digs.

“Our offense worked well today,” Flory said. “Taylor [Bannister] had a special match today and it is always good when our seniors have matches like that. Ella [Larkin] did a great job distributing the ball and our middles were really good. Anita [Anwusi] nearly hit .500 today so she had a nice run and Allee [Morris] scored a ton of points for us today in big moments. It was a nice balanced attack.”

The Bulldogs also had three players record double-digit kills, as outside hitters Kacie Evans and Amber Stivrins recorded 13 and 10 kills, respectively. Opposite Kayla Rivera had 12 kills on a .556 hitting percentage, and defensive specialist Bailey Cox had 16 assists.

The Tigers will face Georgia again on Friday, Nov. 27, at 1 p.m. in the final regular season match of the season.