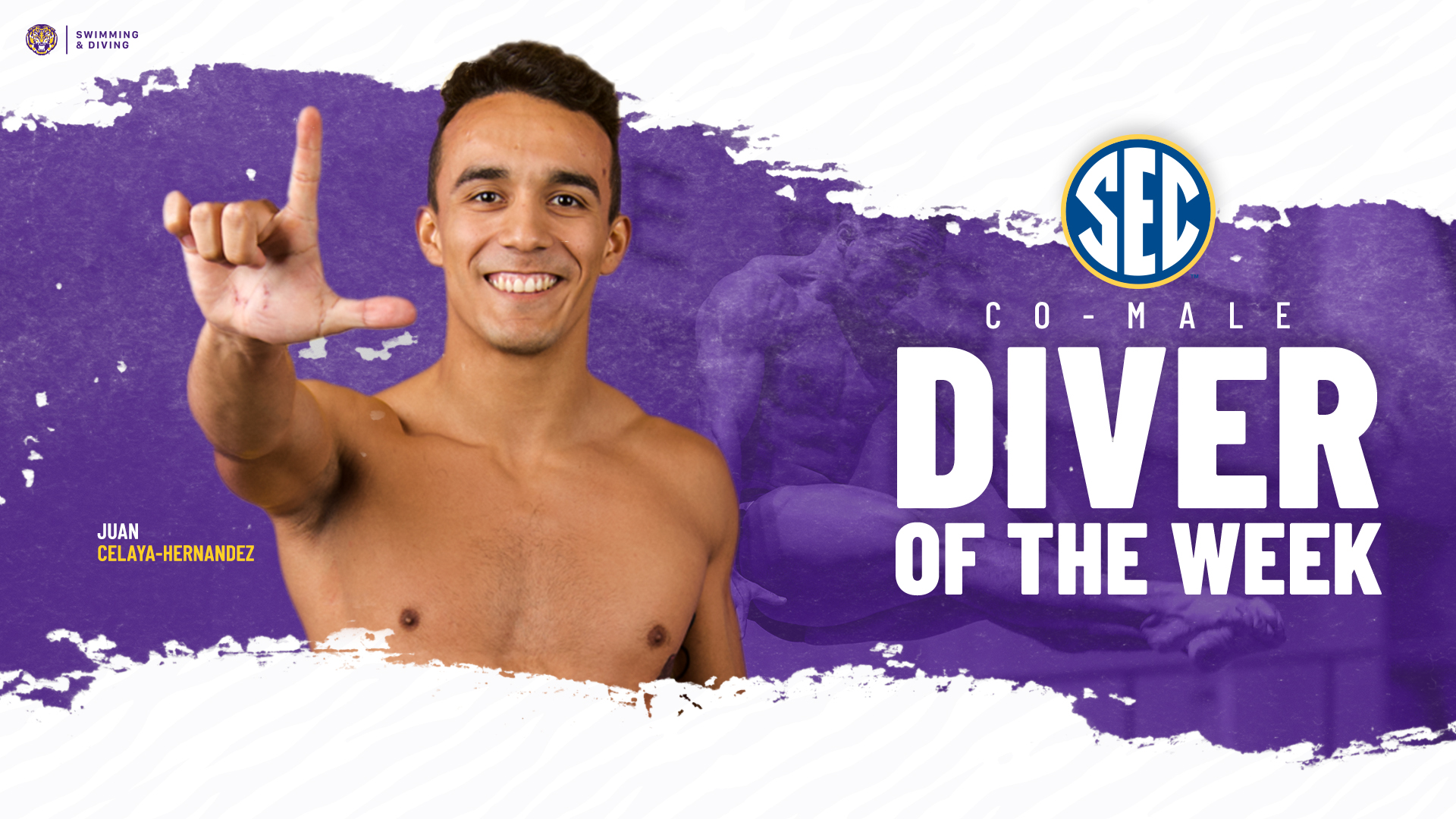 BATON ROUGE, La. – LSU diver Juan Celaya-Hernandez was named the Male SEC Diver of the Week for the third time in the young season, the league office announced Tuesday.

“What a great honor for Juan to receive this recognition,” head diving coach Doug Shaffer said. “It reflects his hard work, dedication and excellence in the pool. Couldn’t be prouder!”

Celaya-Hernandez, a native of San Nicholas de los Garza, Mexico, was honored alongside Texas A&M’s Kurtis Mathews. This is the 16th time he has earned the recognition in the purple and gold after he had an impressive performance at this year’s iteration of the Texas Diving Invitational.

Celaya-Hernandez competed on the one-meter and the three-meter springboard at the prestigious invite that featured five Olympians. In the prelims for the one-meter, he dove for a final score of 374.15. He stepped up his game in the finals to win the event, supplanting his fellow honoree, Mathews with a final score of 414.45.

On the three-meter, Celaya-Hernandez performed well in the prelims with a score of 430.40, which easily sent him to the final for the event. However, he was scratched to return home to his native country of Mexico and receive recognition as the sportsman of the year in Nuevo León.

Celaya-Hernandez returns to the diving well on Dec. 15 when the diving team heads to Auburn, Ala. for the Auburn Diving Invitational.