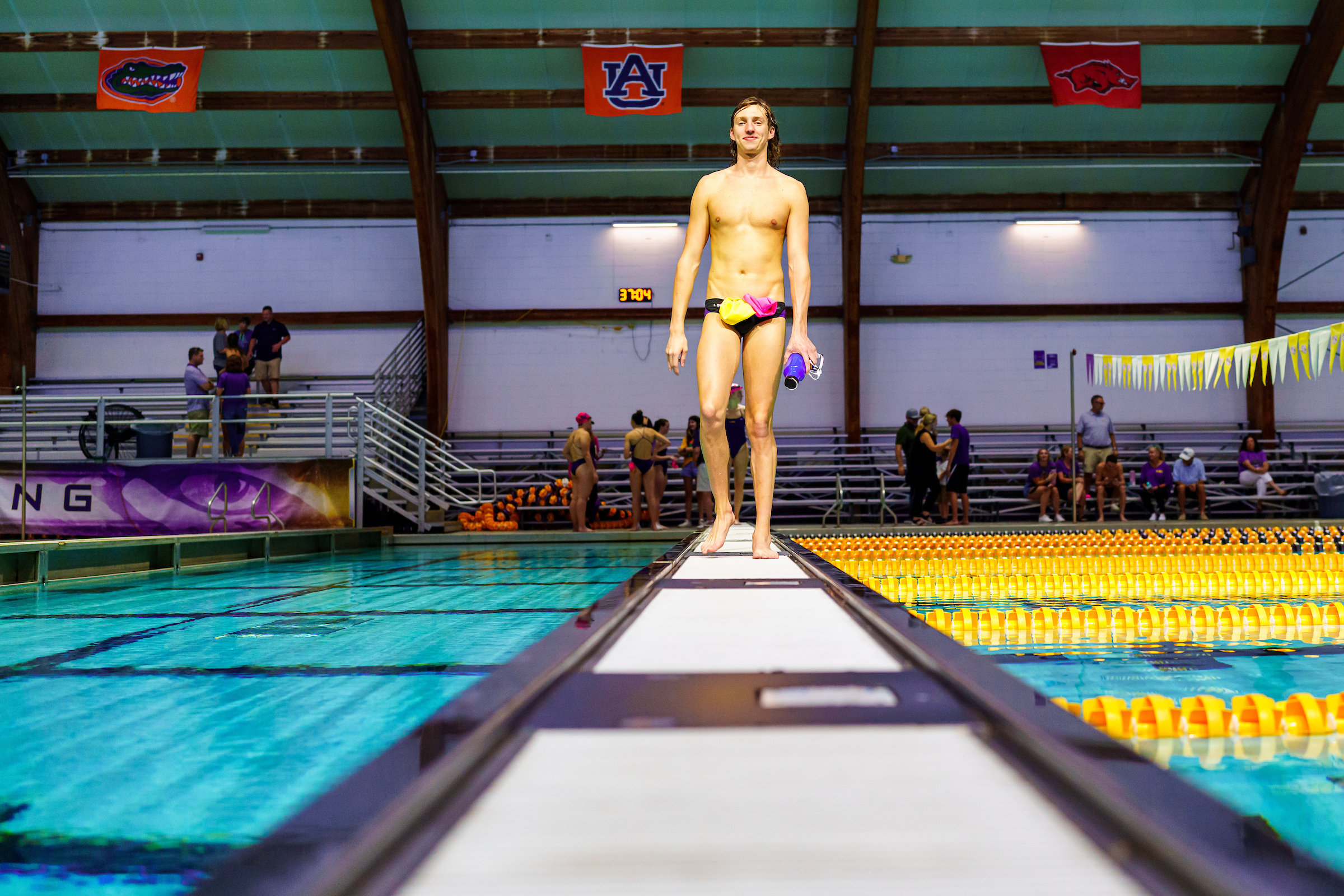 TEXAS – LSU swimmer Brooks Curry won his second event of the Art Adamson Invitational Friday after winning the 100-free with a time of 42.30.

The swimming Tigers are set to return to action on Dec. 4, while the diving Tigers finish up the Texas Diving Invitational Saturday.

“Montse(rrat) was solid all day on the one-meter and placed 6th in the final in a very tight competitive contest,” head diving coach Doug Shaffer said. “Anne and Maggie had some inconsistencies that kept them out of the final but this identifies where our opportunities are.”

“We had an outstanding meet here for midseason,” head swimming coach Rick Bishop said. “The work that everybody has been putting in throughout the course of the fall really showed. We had some great racing opportunities. The number of best times that the team did was incredibly significant. We also posted some times that were top-10 all-time LSU. We just missed the school record in the men’s relay

To set ourselves in this position starting off in the fall with the work that we’ve done with taking a short rest and coming in here, we’re really proud,” Bishop continued. “The coaches are very excited about where we’re going, and we’re proud of our athletes for the work they’re putting in. The spirit they exhibited last night was outstanding. After three days of racing, we were still up cheering our fellow Tigers on. Can’t wait for the second half of the season. Geaux Tigers!”

To start the final session out, Allison Tomsuden and Jolee Liles swam impressive times in the 1650 free. Tomsuden’s final time was 34 seconds better than her entry time, while Liles was 33 seconds better. Liles took fourth place with a time of 16:35.51 and moved to No. 4 on the top-10 list. Tomsuden swam a 16:42.27, placing fifth and joining the top-10 at No. 6.

The 400-free relay team of Brooks, Jack, Hassling and Thompson narrowly missed breaking an LSU record. The record set by Brooks, Lewis Clough, Michael Petro and Ben Hooper still stands at a time of 2:53.27. The squad tonight finished third with a time of 2:53.54.

Montserrat Gutierrez Lavenant competed in the finals for the one-meter springboard after taking fifth place in the prelims. She finished in sixth place for the event with a final score of 294.30.

While Adrian Abadia did not make the finals, Shaffer is excited for the freshman’s future, especially while fighting an injury during the competition.

Juan Celaya-Hernandez did well in the final, Shaffer said, but he had previous obligations he needed to fulfill back home in Mexico.

“Juan dove great in the three-meter prelims going toe to toe against last year’s SEC champion,” Shaffer said. “Juan did not participate in the final in order to return to Mexico to accept the award for being honored as Nuevo León, Monterrey Sportsman of the Year for his accomplishments this past year.”

LIVE STATS
Diving Results can be found on DiveMeets

WATCH
Download the ESPN App and watch the finals here: lsul.su/3qUKFoo. The event will be re-aired at 7:00 p.m. on the Longhorn Network. It will not be streamed live.