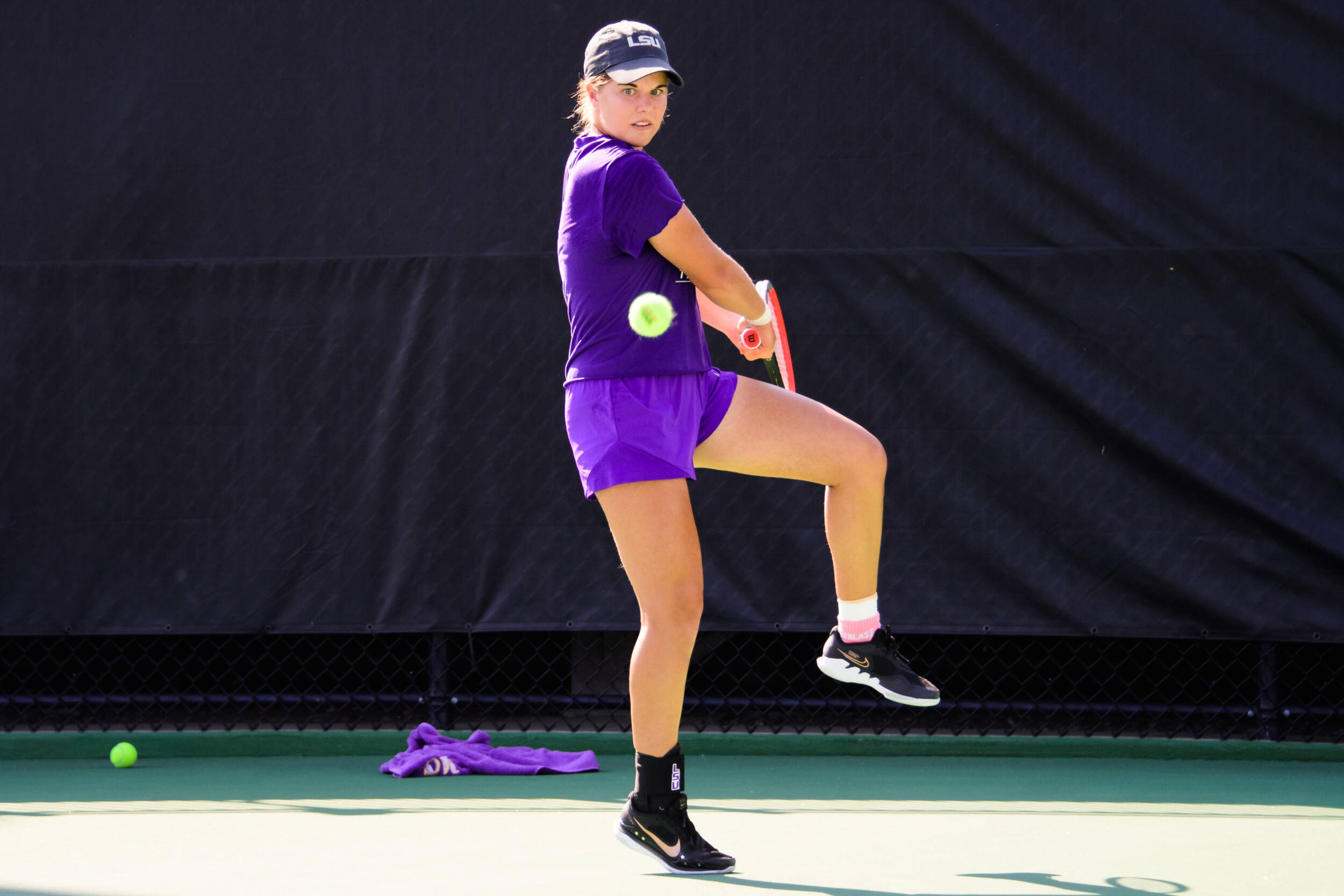 Bryan-College Station, TX – The LSU Women’s Tennis team’s fall portion of the 2021-22 season came to a close as they competed in the final day of the Texas A&M Fall Invitational on Sunday morning at the George P. Mitchell Tennis Center.

Selling Points
“Incredible way to finish the fall season by earning many wins against top quality opponents,” co-head coach Michael Sell said. “We’re thrilled that Maggie (Cubitt) picked up a top 30 singles win and played at the elite level in skill and confidence she played at all weekend.”

“Every player earned multiple wins and showed tremendous improvement in their development. Our doubles play has improved since the start of fall and the growth that the group has shown gives us huge momentum heading into the dual season in the spring.”

Doubles Results
Graduate student Ena Babic and junior Nina Geissler began the day with a near perfect outing against Princeton’s Grace Joyce and Michelle Sorokko as they swept the team, 6-0.

The graduate student duo of Taylor Bridges and Mia Rabinowitz contested the other doubles match as they faced Anita Sahdiieva and Alina Scherbinina from Baylor. The Bears played a strong match and claimed the win by a score of 6-2.

Singles Results
No. 43 Bridges faced No. 110 Alicia H Linana from Baylor in the opening singles match. Linana claimed the first set by a dominant 6-0 margin before Bridges struck back in the second with a 6-2 outing to force a third set. The third set went the way of Linana, who did not drop a game to win 6-0 and secure the victory.

Babic was in action against Baylor’s Paula Baranano. Babic and Baranano played a tight first set that required a tiebreaker to decide, which saw Baranano squeeze a 7-3 win to take the lead after one. Babic replied by edging Baranano in the second set, 7-5, to force a ten-point tiebreaker to decide the match.

The final match of the weekend had Geissler face Ana Carmen Zamburek from Baylor. Zamburek won the first set by a 6-2 margin before Geissler equalized in the second set with a 6-3 win to force a third set. In the third set, Geissler maintained control of the set and grabbed a 6-3 win to clinch the win.