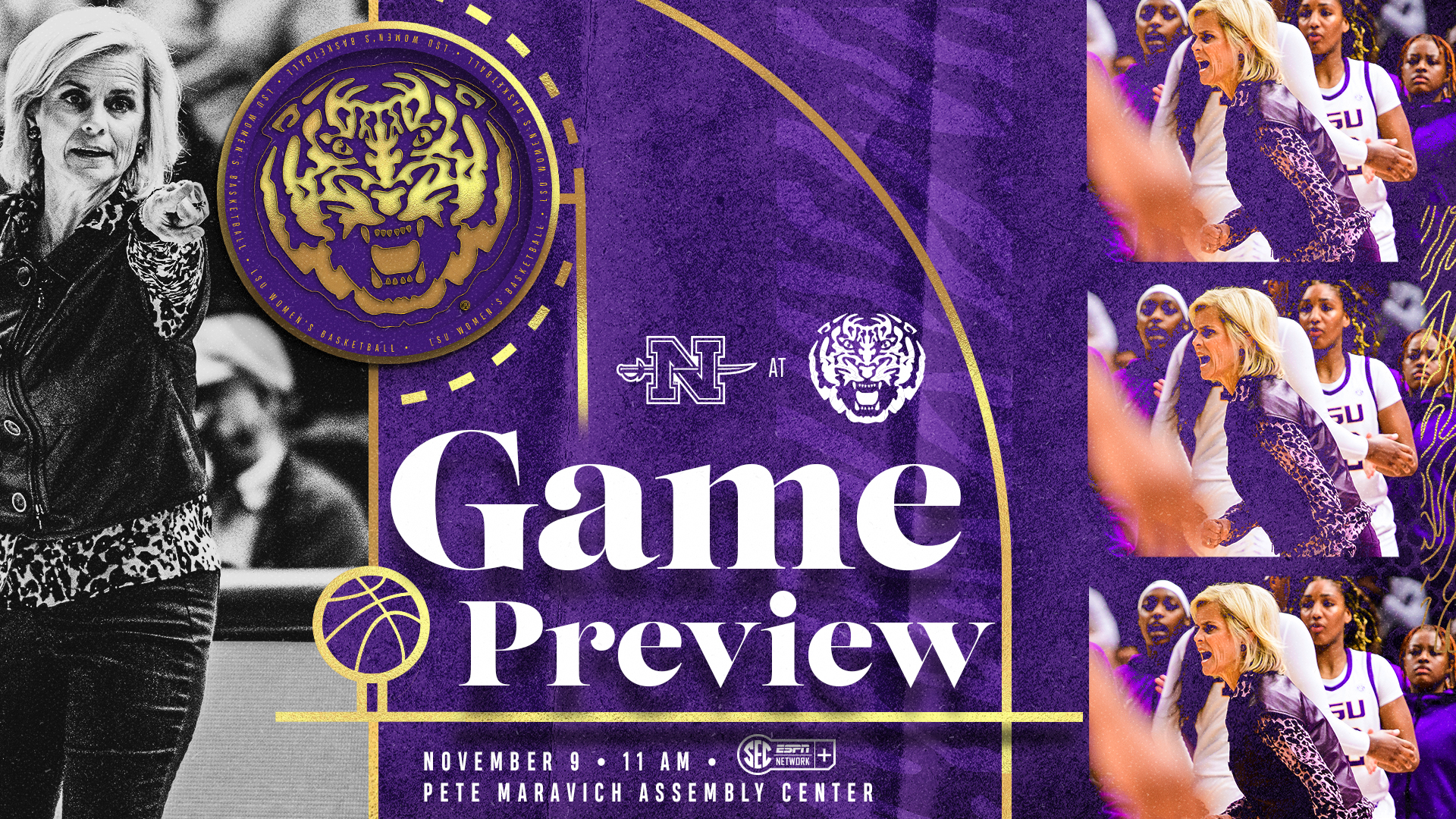 BATON ROUGE – The long-awaited debut of LSU Women’s Basketball Coach Kim Mulkey is here as she is prepared to lead the Tigers into the 2021-22 season on Tuesday when they host Nicholls at 11 a.m. CT in the PMAC for the annual Field Trip Game.

When coach Mulkey was hired in April, the Hall of Famer became LSU’s most accomplished head coaching hire in history. She is the only person ever to win NCAA Championships as a player, an assistant coach and a head coach and is the fastest coach in Division I history to reach 600 wins, needing only 700 games. She did it quicker than Kentucky’s Adolph Rupp who needed 704 games. Coach Mulkey brings a 632-104 career head coaching record to LSU.

The Tickfaw, Louisiana, native is home with her eyes set on rebuilding a program that once made it to five consecutive Final Fours. She takes over a team that went 9-13 a season ago and has not been to the NCAA Tournament since 2017. Coach Mulkey’s hiring created an immediate buzz surrounding the LSU Women’s Basketball and the new era officially begins Tuesday.

“It all starts Tuesday,” Coach Mulkey said. “We will focus, and we will do tremendous scouting reports and make sure we know who is guarding who. They need to understand wearing that LSU shirt means a great deal. It’s a privilege to wear that shirt. There is a lot of teams and a lot of individual players that would trade places with them, so you are going to get their best shot.”

The season opener will air on the SEC Network+ and fans will be able to listen to the game on the LSU Sports Radio Network (LSUsports.net/live and 107.3 FM in Baton Rouge). Patrick Wright and Shaeeta Williams will be on the call for both broadcasts. Parking lots 401 and 404 will be open for fans to park in.

Coach Mulkey has three main senior leaders on her roster, each of which decided to return to Baton Rouge for their additional year of eligibility prior to Coach Mulkey’s hiring. Guard Khayla Pointer is arguably the Tigers’ most skilled player and enters the season on both the Media and Coaches Preseason All-SEC Teams. Guard Jailin Cherry can be threat shooting the ball.

Center Faustine Aifuwa enters Tuesday’s game needing only seven points to reach 1,000 points in her career. She is also No. 2 on LSU’s all-time blocks list with 188 career blocks, only behind Sylvia Fowles (321).

Newcomers Hannah Gusters and Autumn Newby will see significant minutes in the post rotation. Gusters followed Coach Mulkey from Baylor to LSU and was part of a post rotation in Waco last season that featured two All-Americans. She is on the Lisa Leslie Award Watchlist as one of the nation’s premier centers. After sitting last season out, Newby joined LSU as a graduate transfer after starting all 84 games of her career at Vanderbilt. In LSU’s two exhibition games Newby has been a force rebounding the ball, grabbing 28 total rebounds (23 offensive).

LSU, who is receiving votes inside both the Preseason AP and Coaches Polls, has dominated the series over Nicholls with a 14-0 record against the Colonels. The Tigers have held Nicholls below 50 points in each of the past five matchups.

Nicholls is led by Dobee Plaisance, the mother of former LSU Women’s Basketball player Theresa Plaisance, who now plays in the WNBA for the Washington Mystics. The Colonels were picked to finish No. 4 in the Southland and have Chelsea Cain and Chyna Allen of the Preseason All-Conference team.