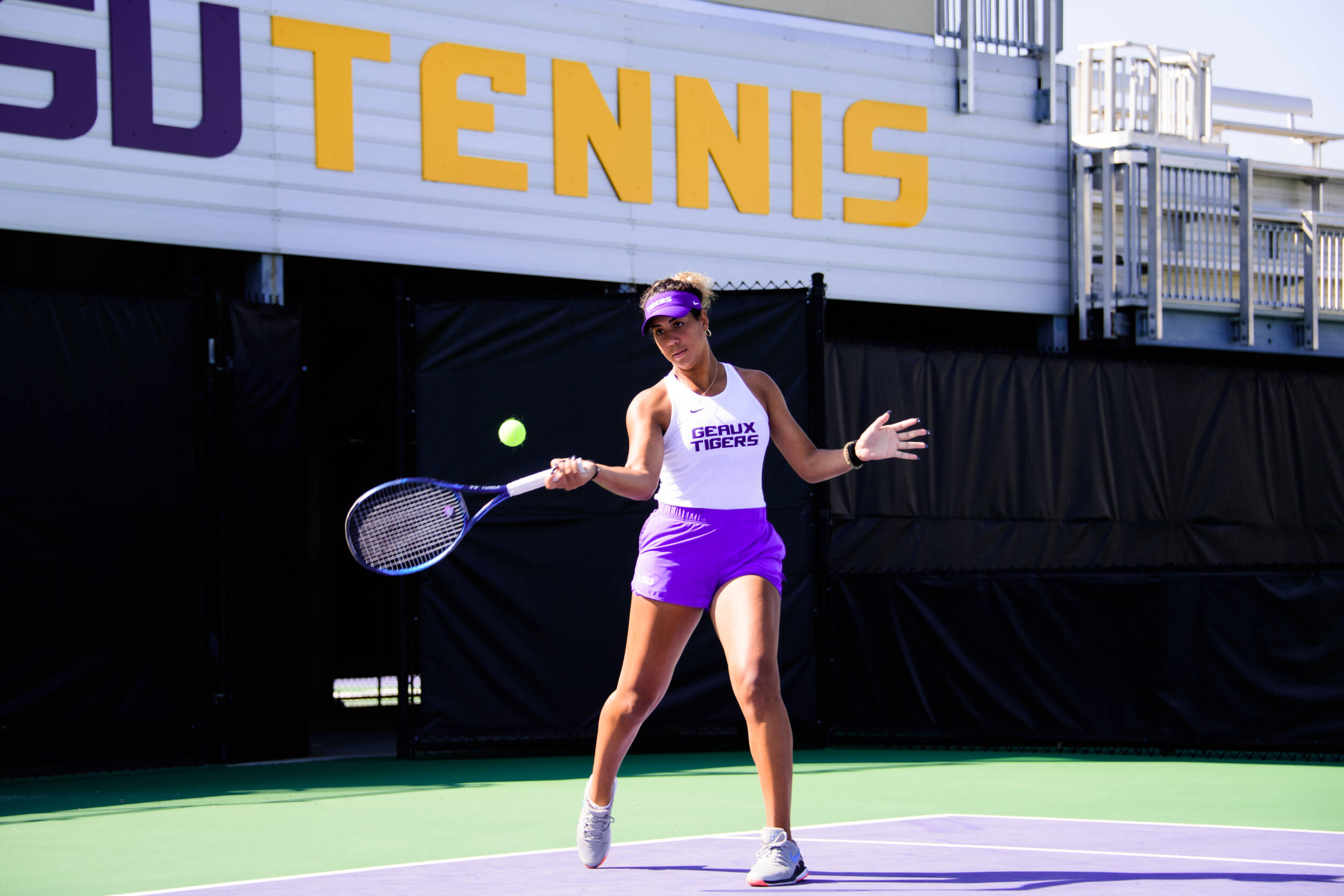 San Diego, Calif. – LSU Women’s Tennis junior Safiya Carrington’s weekend came to a close in the Consolation Round of 16 at the ITA National Fall Championship, hosted at the Barnes Tennis Center.

Main Draw – Round of 32
No. 96 Carrington faced North Carolina’s No. 36 Fiona Crawley in the opening round of the main draw. Carrington struck first, claiming the first set by a margin of 6-3. Crawley replied with a quality second set, winning 6-2 before carrying her momentum to the third, dropping only one game in a 6-1 win to complete the come from behind match victory.

Consolation – Round of 16
In the first round of the consolation draw, Carrington drew Snow Han of USC. The two players opened the set by trading games among each other before Han won three straight to claim a 6-3 win. Han played a strong second set, dropping only one game to win 6-1 and clinch a spot in the next round of competition.

Up Next
The LSU Women’s Tennis team will conclude the fall portion of the season by participating in the Texas A&M Fall Invitational, set to begin on Friday, November 12.