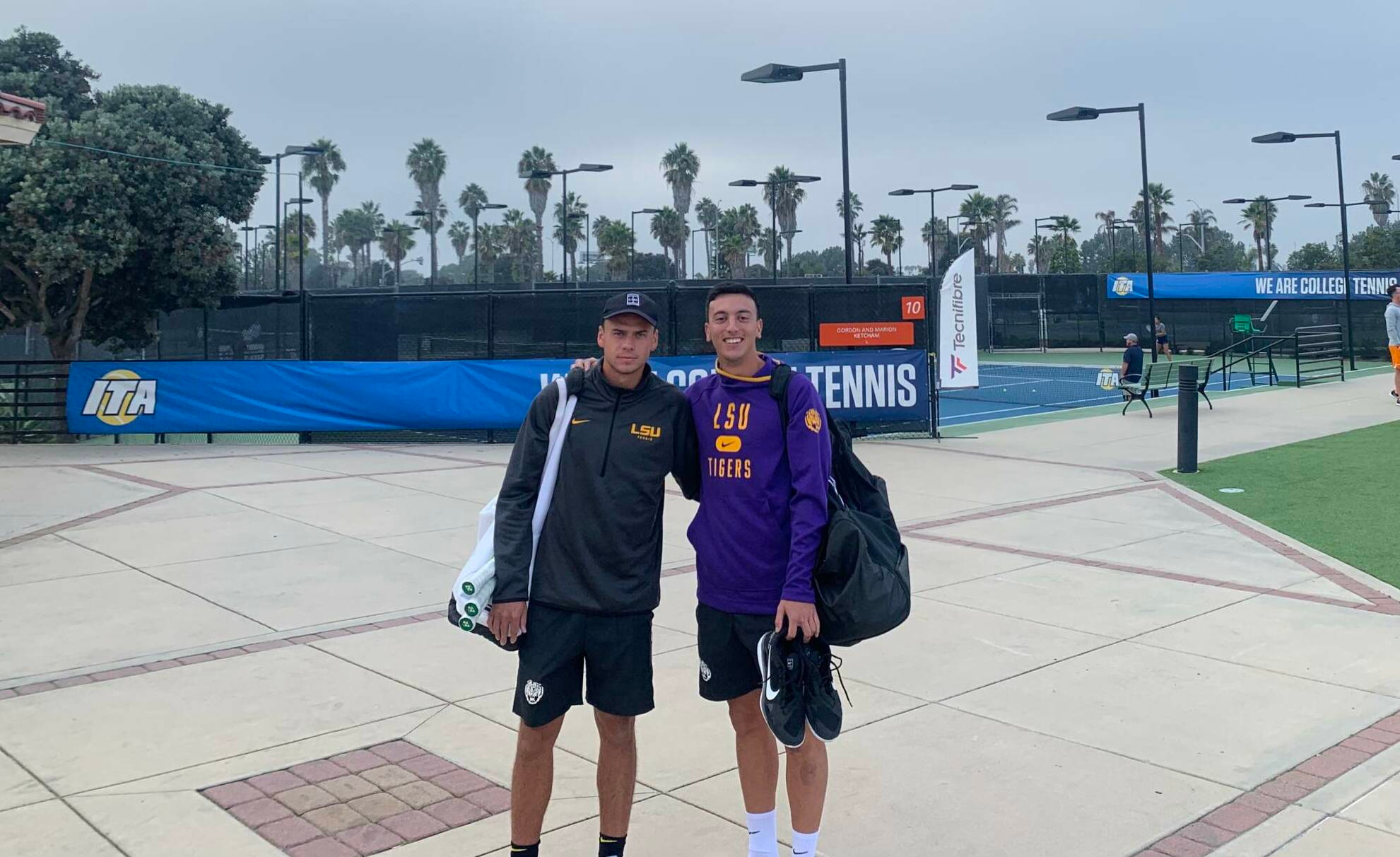 SAN DIEGO, Calif.,– Gabriel Diaz Freire and Vlad Lobak touched down in San Diego, California for the ITA Fall Nationals that begin on Thursday, November 4, and run until Monday, November 7.

The national tournament features 32 top-rated singles players and 32 doubles teams; Diaz Freire/Lobak joined the doubles field by virtue of their runner-up finish at the ITA Southern Regionals in October.

The duo will begin first-round play on Thursday; the main draw and consolation brackets play through Sunday’s championship matches.

Their first-round opponent is the ITA No. 3 ranked duo in Bogdan Pavel and Trey Hilderbrand from UCF.

The remaining Tigers will be heading to Dallas, Texas for the Ralston/Neufeld Coaches Challenge that will begin later this week; more information on this will be announced later this week.