Preview: Tigers Travel to Oxford to Face No. 12 Ole Miss 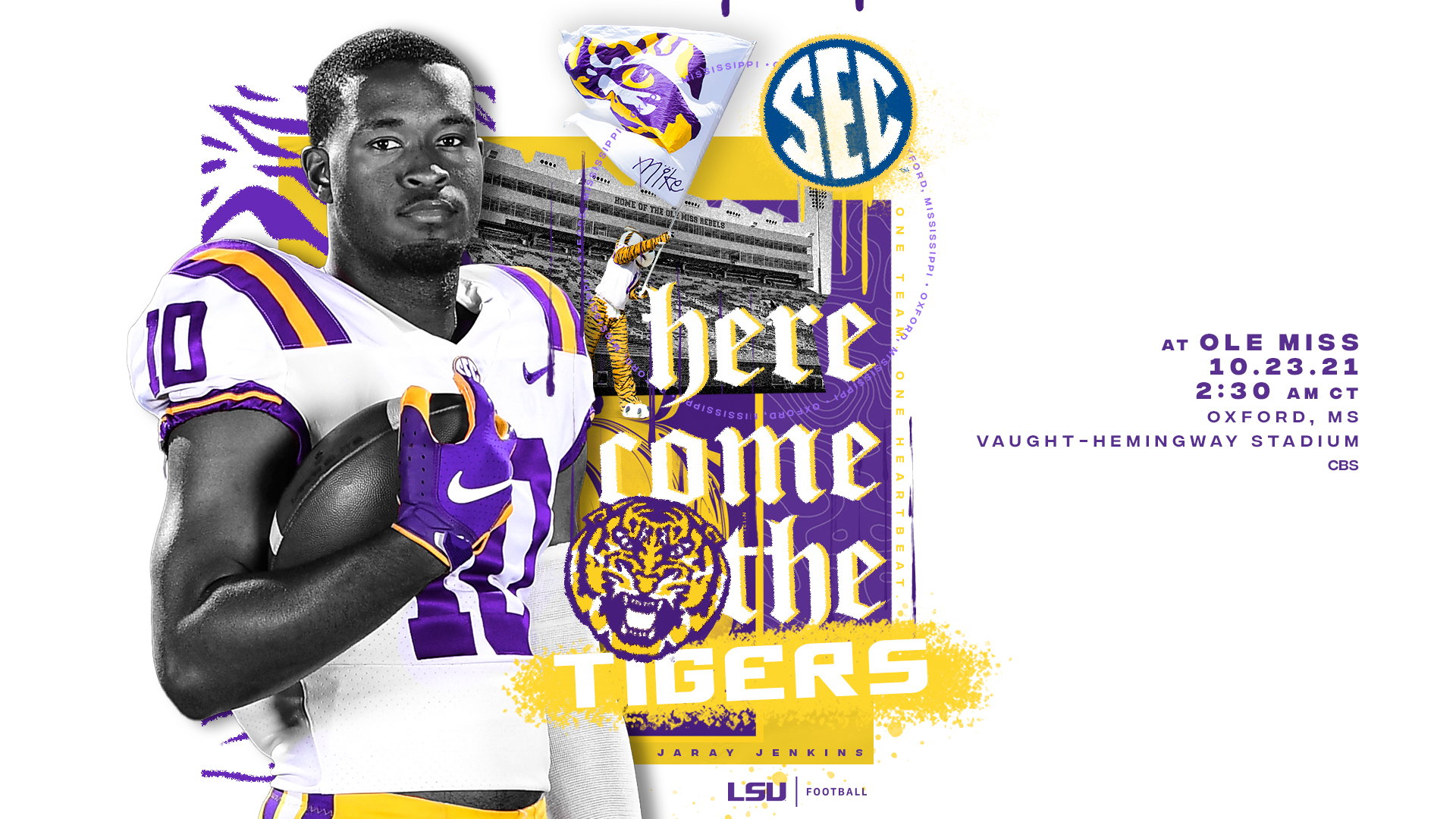 LSU (4-3) looks to build off last week’s momentum on the road in a rivalry game with Ole Miss (5-1) on Saturday afternoon.

Kickoff is set for 2:39 p.m. on CBS and the LSU Sports Radio Network.

The Tigers are coming off a historic performance in Tiger Stadium against No. 20 Florida, defeating the Gators 49-42. Running back Ty Davis-Price posted the greatest rushing performance in school history, recording 287 yards and three touchdowns on 36 carries behind an offensive line that played their best game of the season.

“I was just amazed at how well the offensive line did,” Davis-Price said postgame. “Those were big holes that I ran through. Shoutout to them, for working hard each and every day. It was a great win for the team.”

Every Time. Fight All The Way. pic.twitter.com/2pBY1HXioD

It’s been well-documented the impact Director of Performance Innovation Jack Marucci has had on the recent emergence of the LSU running game. Charting every run, providing advanced analytics to set the Tigers best up for success, his insight has been “invaluable,” according to head coach Ed Orgeron.

“He’s like the professor,” Orgeron said Thursday. “He’s always thinking, always working on something. He thinks outside the box. He came to me with some interesting stats today. The guy is phenomenal. He’s got a brilliant mind. He’s very invaluable.”

Another highlight on offense was a career day out of junior wideout Jaray Jenkins, who recorded three touchdowns on four catches. Davis-Price will be the headline of Saturday, and rightfully so, but Jenkins’ performance should be nothing to scoff at, either.

“Very proud of Jaray,” Orgeron said. “Several times, I’ve named him team captain. He’s a leader for us. He’s an excellent young man. He made some big plays in a big time game.”

Defensively, LSU surrendered 42 points, but there were many standout performances, starting with sophomore BJ Ojulari and senior Neil Farrell, who both looked unguardable in the trenches. Ojulari tallied nine tackles, a sack and a pass breakup, and Farrell had seven tackles and a TFL. Getting senior defensive tackle Glen Logan back was a big boost up the middle, too.

The Rebels are led by quarterback Matt Corral, who’s thrown for 1,728 yards and 14 touchdowns. Corral also leads the team in rushing yards with 450. Dontario Drummond is Ole Miss’ leading receiver with 28 receptions for 526 yards and six touchdowns.

“He’s one of the top players in the country,” Orgeron said of Corral. “He’s very fast, can run the football, throw the ball. You can see he plays with his heart and with character. He’s very tough.”

Ole Miss enters Saturday’s contest as the third-ranked offense in the nation.

There’s a mutual respect between Orgeron and Ole Miss head coach Lane Kiffin, dating back to as early as 2001 when they both served under Pete Carroll’s staff at USC. The two have always been friendly, but Orgeron knows it’s strictly business when the Tigers touch down in Oxford.