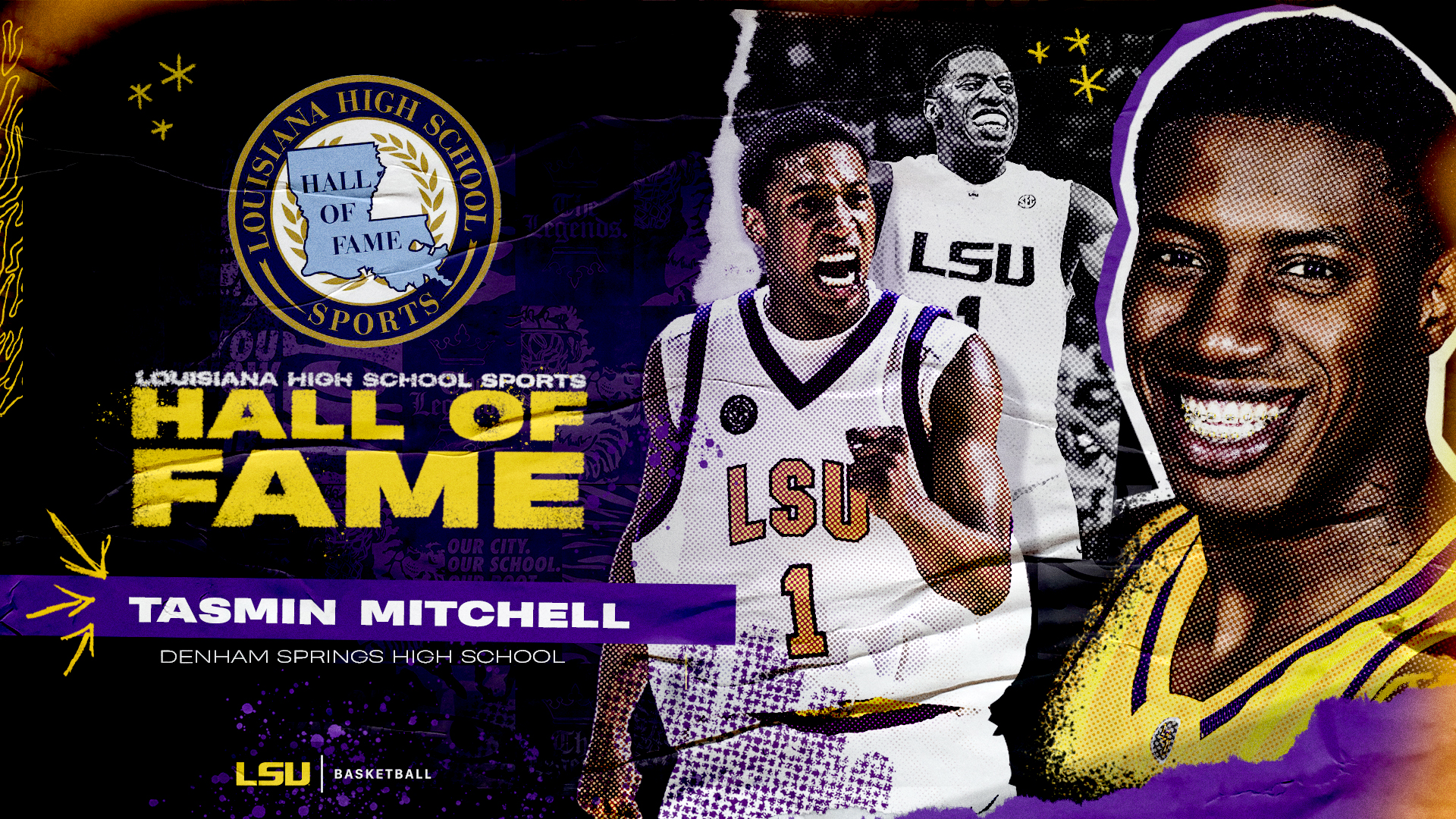 BATON ROUGE – Former Denham Springs High School and LSU standout basketball player Tasmin Mitchell was announced this week as one of the members of the 2022 Louisiana High School Sports Hall of Fame class.

Mitchell now serves as an assistant coach on the LSU men’s basketball staff.

Mitchell was a four-time all-state player at Denham Springs and was the Louisiana Gatorade Player of the Year in 2005. He averaged 26.9 points, 10 rebounds and six assists as a senior.

He is sixth in rebounds at 950 and one of just three players to have 1,000 points, 500 rebounds, 200 assists and 100 steals in their LSU career since all four stats were official NCAA numbers.

Mitchell joined Coach Will Wade’s staff in Wade’s first season, joining the staff as Director of Student-Athlete Development before being named an assistant coach prior to the 2019-20 season.

In all five coaches, four athletes and one administrator make up the group that will be inducted April 12, 2022 at the Crowne Plaza. The class also includes former LSU football player Tyler Lafauci. Ticket information for the event will be available in January.