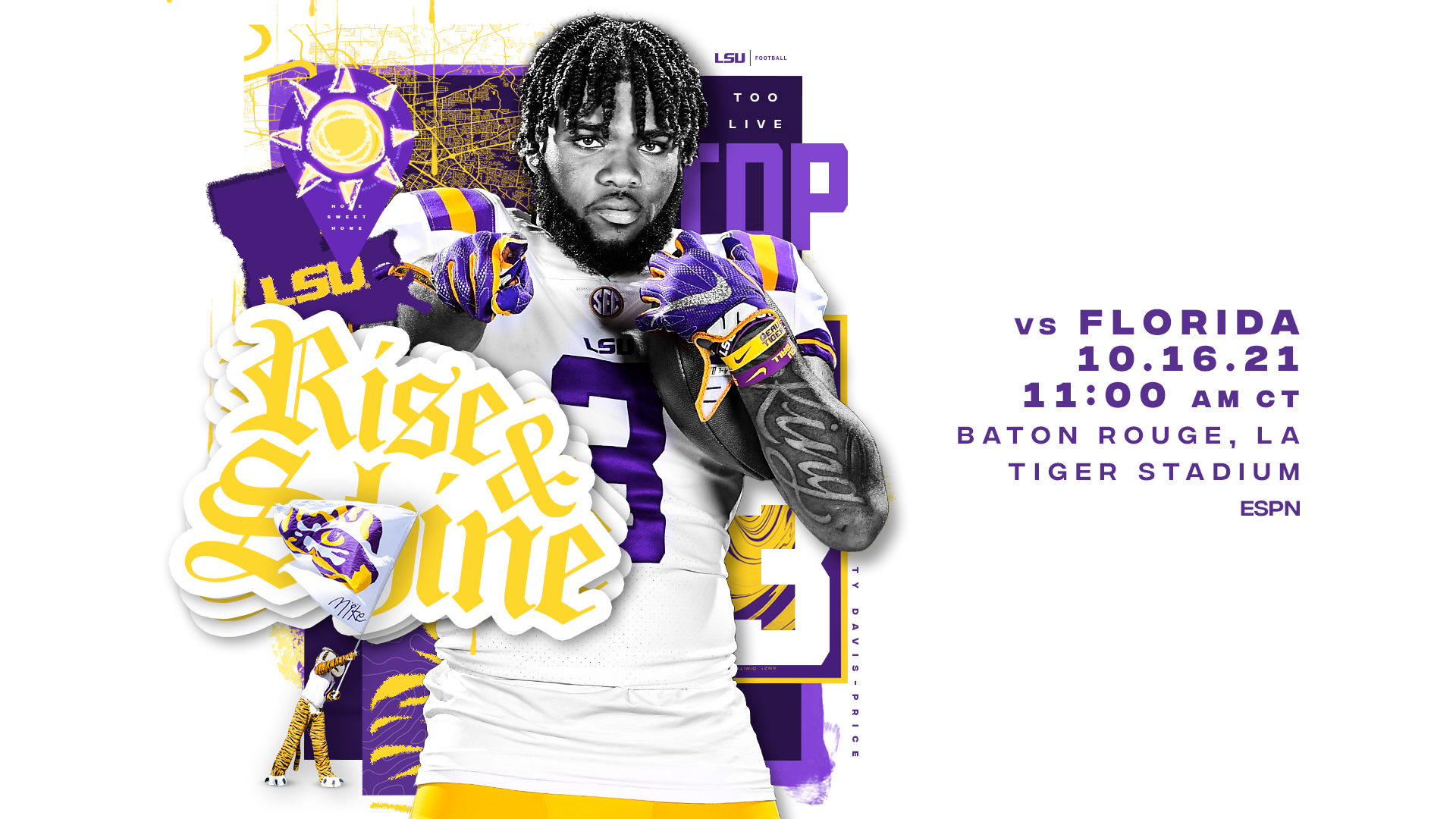 LSU (3-3) looks to right the ship on Saturday morning against cross-division rival Florida (4-2) in Tiger Stadium.

Kickoff is set for 11:07 a.m. on ESPN and the LSU Sports Radio Network.

No matter the circumstances, when the Tigers and Gators meet, the product always delivers. From fake field goals to thrown shoes, instant classics are plentiful.

There is, however, one certainty in an otherwise unpredictable contest: expect the unexpected.

50 Years of LSU and Florida

Expect the unexpected when the Gators and Tiger meet pic.twitter.com/LfcdvqoWgd

LSU enters Saturday’s game on a two-game losing skid, but head coach Ed Orgeron sees an opportunity to bounce back and pick up a victory against a talented, top-20 team. It won’t be easy — it never is against the Gators — but the Tigers are excited for the challenge.

“I want to praise our team for a tremendous week of focus,” Orgeron said on Thursday. “This has been our best week of preparation. Obviously, Florida is going to be a big challenge. They’re a well-coached, excellent team. Our guys are ready to go.”

The LSU offense will look to freshman receivers Jack Bech and Malik Nabers for an increased role, as well as the running game to make continued strides. Senior running back Ty Davis-Price rushed for 147 yards and two touchdowns on 22 carries last Saturday against Kentucky, a positive they hope to build on.

“Our kids have made a decision to focus and excel in the running game,” said offensive line coach Brad Davis on LSU Sixty. “Last week was a step in the right direction, and I think we’re going to build on it. We’re going to expand on it and work to become a more effective run unit.”

Orgeron provided some encouraging news on the defensive side of the ball: The Tigers are expected to get senior defensive lineman Glen Logan back from injury.

Florida is led by junior quarterback Emory Jones, who’s thrown for 1,144 yards through the air for nine touchdowns. Jones is 107-for-157 so far this season, and also leads the Gators in rushing yards with 479. Defensively, Mohamoud Diabate leads the team with 46 total tackles.

“He’s an outstanding quarterback,” Orgeron said on Jones. “They’re third in the country in rushing offense. I’ve known Dan (Mullen) for a long time and he’s one of the best play callers that I’ve been around.”

Senior leader Andre Anthony hosted a players-only meeting on Monday. It was well received, Orgeron says, and it inspired a much-needed great week of preparation. Anthony is out for the season due to injury, but his impact is still being felt on the sidelines and in the locker room.

“Our team has been on fire all week,” Orgeron said, after Anthony’s meeting. “We have some young guys that are eager, who were second-team before, and will now play for the Tigers. They brought some energy this week, and they’re excited about playing (against Florida).”

The last time LSU-Florida played in Death Valley it was one for the ages. The Tigers defeated the Gators 42-28 in front of a standing room only Tiger Stadium. Orgeron knows the fans will have to play a role in 2021 like they did in 2019, so wake up early and get the coffee brewing.

“When our crowd was doing the Gator Chomp, I’ll never forget that,” Orgeron said. “It was a wonderful moment. Florida gave us everything that we could handle. Our crowd was a big factor — no question.”

If history is any indication, Saturday morning should deliver again.

It might not be common for this rivalry to kick off before noon, but nothing about this matchup is ordinary.