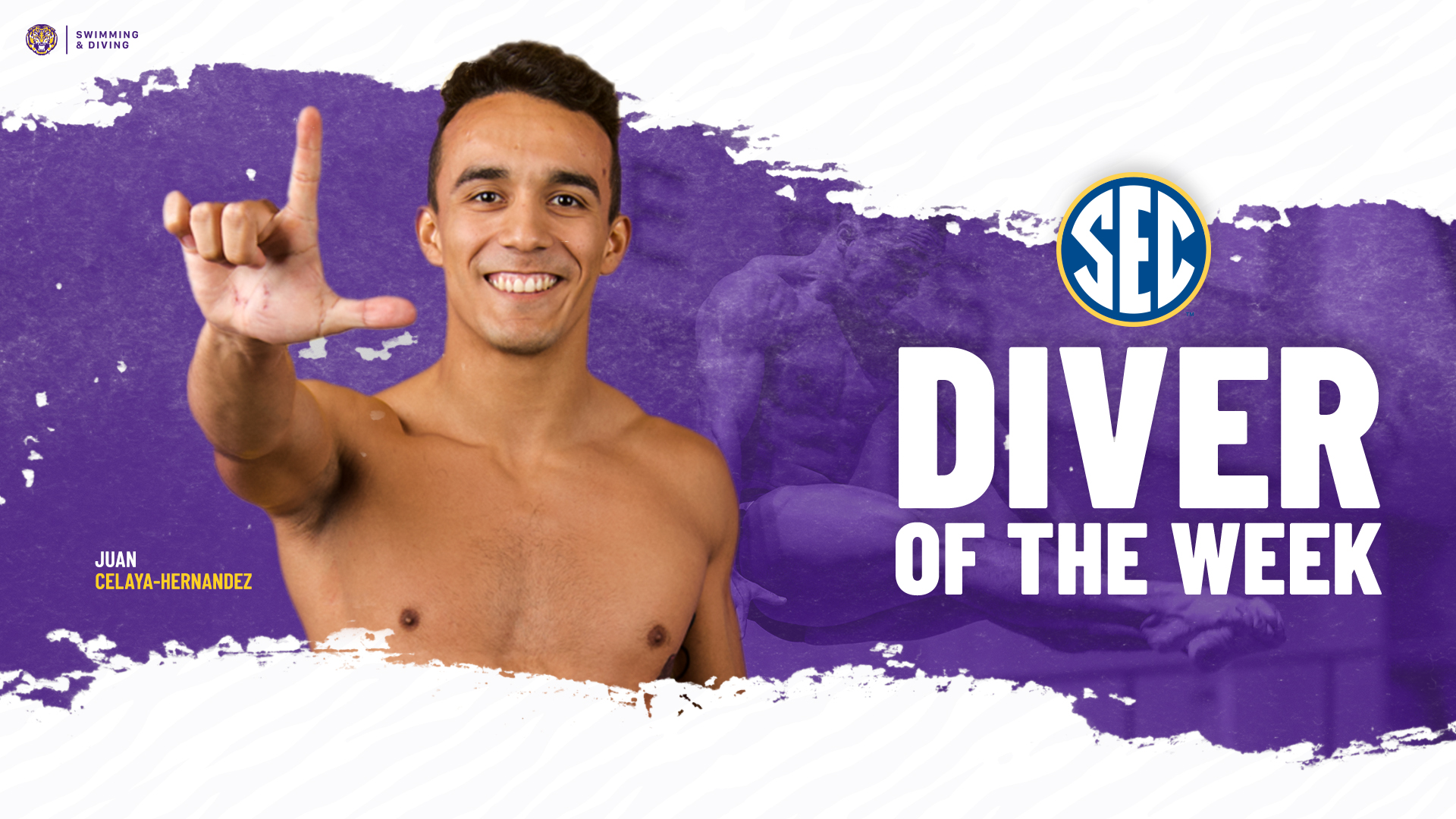 BATON ROUGE, La. – 2020 Tokyo Olympian Juan Celaya-Hernandez was named the Male Diver of the week after his performance during the meet against Grand Canyon, the league office announced Tuesday.

This is the 14th time Celaya-Hernandez has been named Male Diver of the Week.

“What a great honor for Juan,” diving head coach Doug Shaffer said. “In his career, he has achieved diver of the week 14 times. The one thing about Juan is he loves to compete and always gives his best. Looking forward to a great year!”

The Tigers and Celaya-Hernandez return to action on Oct. 22 when they travel to Colorado Springs, CO for a multi-team meet held at the Air Force Academy in the Cadet Natatorium.