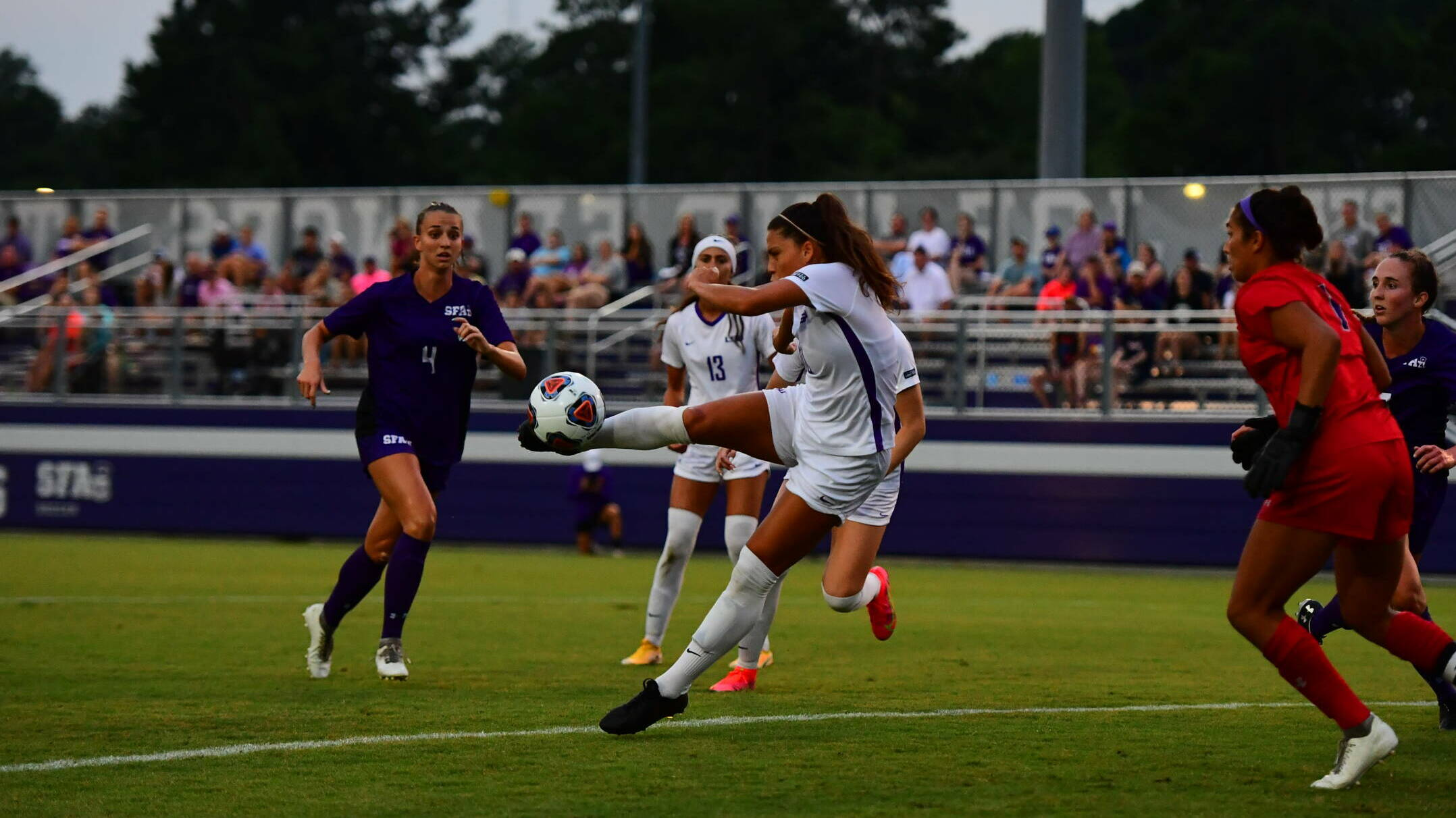 Nacogdoches, Texas  – LSU soccer closed out its 2021 preseason with a 3-1 win over Stephen F. Austin on Saturday night at the SFA Soccer Field.

“We’re really pleased with what we accomplished in our three preseason games,” head coach Sian Hudson said. “Lots of different goal scorers and three really solid performances. Our team is in a really good place heading into our regular season opener on Thursday against Southern Miss; confidence is high.”

The Tigers took the 1-0 lead into half thanks to an Alesia Garcia goal in the 27th minute. Tinaya Alexander set it up as she penetrated into the middle third of the pitch before passing off to Garcia on the right side of the 18. Garcia had two defenders in her area and her shot deflected off one of them and ended up in the back of the net as it beat a leaping attempt by the SFA keeper to deflect it.

The Tigers allowed their first goal of the preseason in the 49th minute as SFA’s Carly Wyatt leveled things up. LSU was quick to answer as Meghan Johnson notched her second goal of the preseason. A free for all ball in the air, Molly Thompson got a head flick on it and sent the ball towards the net. Johnson was swift to react and slid in behind her defender for a 1 vs. 1 attempt with the SFA keeper. She buried the shot in the bottom right corner to give LSU a 2-1 lead in the 50th minute of play.

Garcia put the game away in the 84th minute when she converted a penalty. Alexander drew the foul in the box that earned LSU the PK. Mollee Swift played the full 90 minutes in goal and made two saves while giving up one goal.

LSU now turns its focus to the 2021 regular season opener as they host Southern Miss at LSU Soccer Stadium on Thursday (August 19) at 7 p.m. CT. Admission is free.