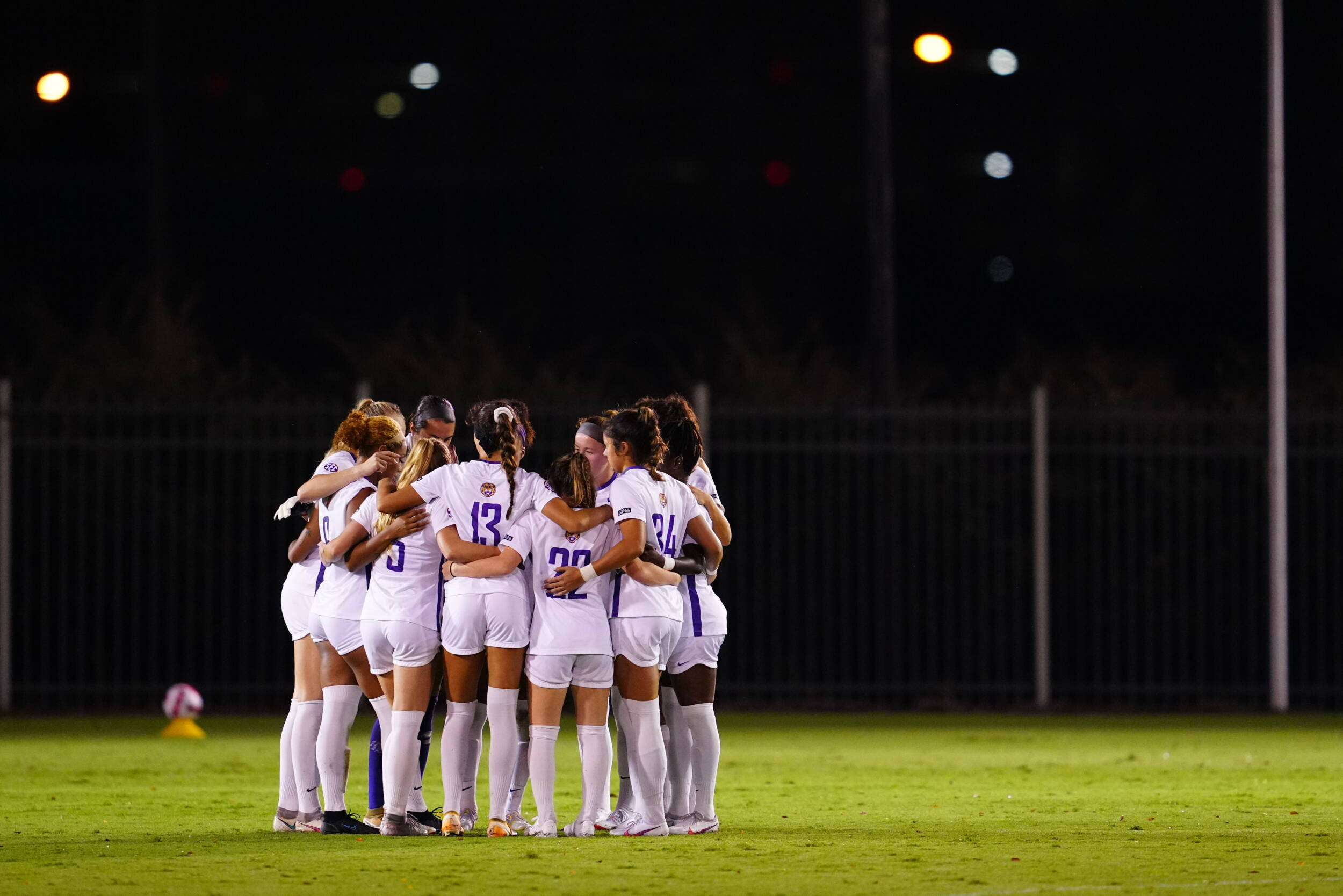 Baton Rouge, La. – The LSU soccer team earned its second exhibition win of the preseason when they defeated the Southeastern Louisiana Lions by a score of 2-0 on Wednesday night at the LSU Soccer Stadium.

“I’m pleased to have gotten two goals from midfield tonight,” head coach Sian Hudson said. “I think that this is a team that will be able to spread the goals around to multiple sources. I’m happy that Athena (Kuehn) was able to get her first goal with us, and just very proud of the growth that we’ve seen in the past week from the team. We’re overall just very happy.”

The Tigers opened the scoring on the night in the 32nd minute when forward Tinaya Alexander carried the ball into the right-hand side of the box and beat her defender before squaring a pass to midfielder Athena Kuehn, who tucked the ball in the goal with her first touch from seven yards out.

LSU quickly struck again for the second and final goal of the game only two minutes later when Meghan Johnson picked up on a loose ball from just outside the 18-yard box and brought it forward before her shot from 15 yards out was tucked into the bottom-right corner.

Goalkeepers Mollee Swift and Bella Zanotelli split their efforts, with Swift commanding the posts in the first half and Zanotelli taking charge in the second on their way to a combined clean sheet. Swift denied the Lions’ only shot on target in the 17th minute with an aerial effort to deflect the goal-bound shot.

LSU will hit the road for its final exhibition match of the preseason against Stephen F. Austin at 3 p.m. CT on Saturday, August 14 in Nacogdoches, Texas.