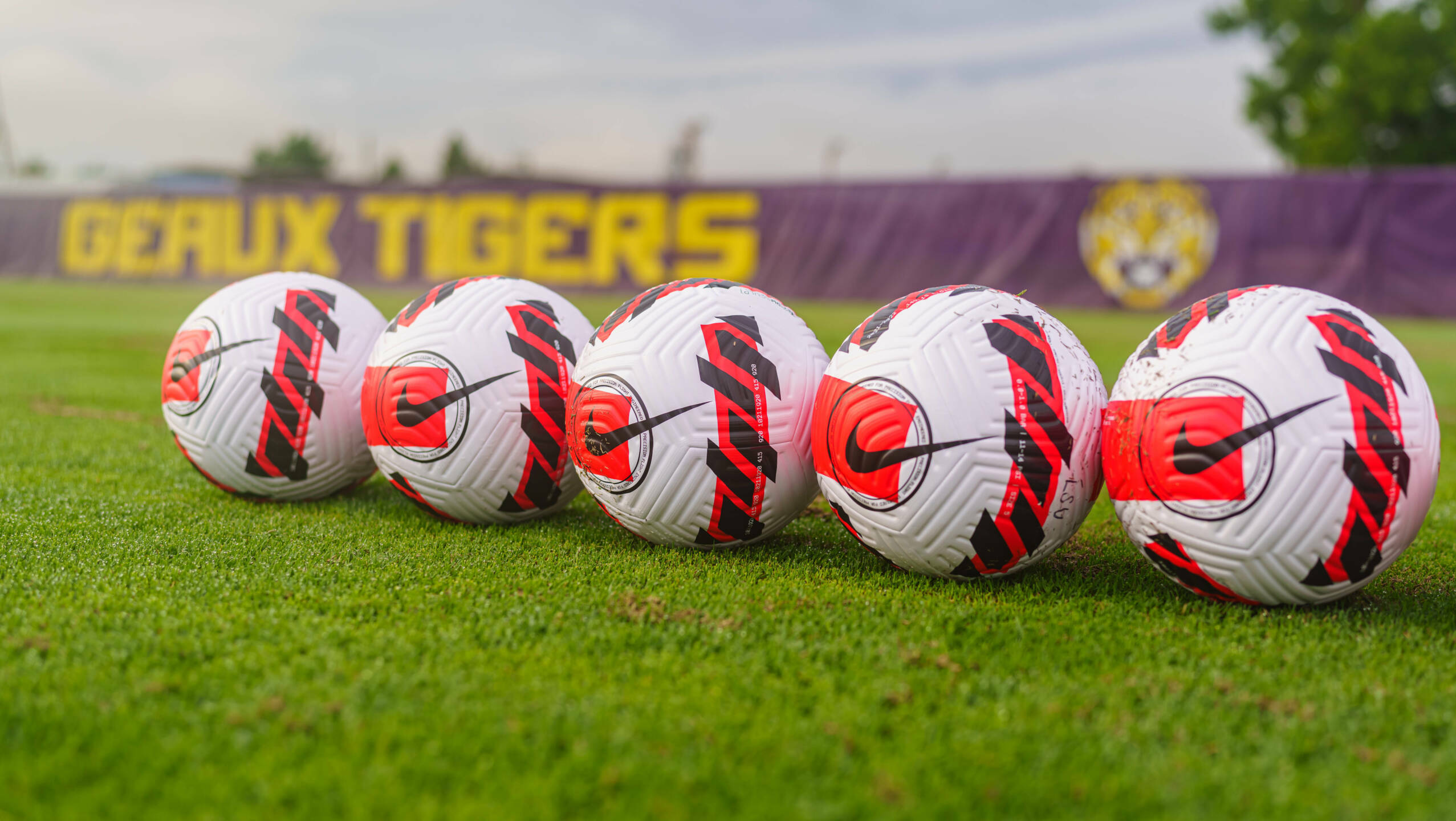 Baton Rouge, La.  – The 2021 preseason officially began on Tuesday (August 3) for the LSU soccer program that features a roster of 32 student-athletes this fall. The Tigers are being led by second year head coach Sian Hudson, who guided LSU to a record of 8-8-3 in her debut season as the head coach.

“It was a solid first day of work for our group,” head coach Sian Hudson said. “It was great to see the team have the opportunity to get out and practice together after all the hard work they’ve put in this summer.

“I’m really excited for to see what we can accomplish this fall. We have a good mix of veterans and newcomers that will mesh very well in game action. Today is just the start and we’re ready to put in the work to achieve the goals we have laid out for ourselves.”

The day got started with the beep test, which measures the stamina of the athletes, at 6:30 a.m. sharp before the team headed out to the pitch for practice at 7:30 a.m. The team also gathered for another session in the afternoon that was held outdoors for a brief time before storms rolled in. Once the weather came, the rest of the practice was  held at LSU’s indoor facility; it was a productive day all-in-all for the 2021 squad.

It’s a quick moving preseason for soccer as their first exhibition match is about 96 hours away as they are set to host ULM on Saturday night at LSU Soccer Stadium. Admission will be free. LSU will also have two additional exhibition matches on August 11 versus Southeastern Louisiana at home and against Stephen F. Austin on August 14 in Nacogdoches, Texas. The Tigers will have a total of 13 training sessions on the pitch before the regular season opener on August 19 versus Southern Miss in Baton Rouge.

The Tigers return a wealth of experience as 60 of their 62 points accounted for from the 2021-22 season are back in the Purple and Gold this season. Tinaya Alexander (21 points) and Molly Thompson (10 points) were the high point scorers from a year ago, and Taylor Dobles ranked No. 3 on the squad with eight. Mollee Swift started 17 of 19 games in goal for the Tigers a year ago with 80 saves; she ended the season with GAA of 0.95, which ranked as the third lowest average in the conference.

The Tigers have five players on the squad that have earned all-conference honors during their time at LSU. Rammie Noel and Maya Gordon were named to the All-SEC Second Team after the fall portion of the 2020-21 season concluded last year. Chiara Ritchie-Williams (2017) and Maddie Moreau (2019) were named to the All-SEC Second Team in their respective seasons listed above, and Shannon Cooke was named to the 2018 SEC All-Tournament Team.

The 2021 roster is made up of 32 athletes, 12 of which are newcomers, that hail from four different countries (United States, England, Ghana, Canada). Five of LSU’s players have come across the pond from England, Reese Moffatt moved down from Canada, and Wasila Diwura-Soale is from Ghana. Of the remaining 25 American athletes, six are from Louisiana and Colorado, while five come from the state of Florida. Three Texans are on the roster and the states of Nebraska, North Carolina, California, Virginia, and Washington have one representative apiece.

The LSU soccer program is entering its 27th season of play this fall. The Tigers own an all-time record of 240-228-63 in program history.