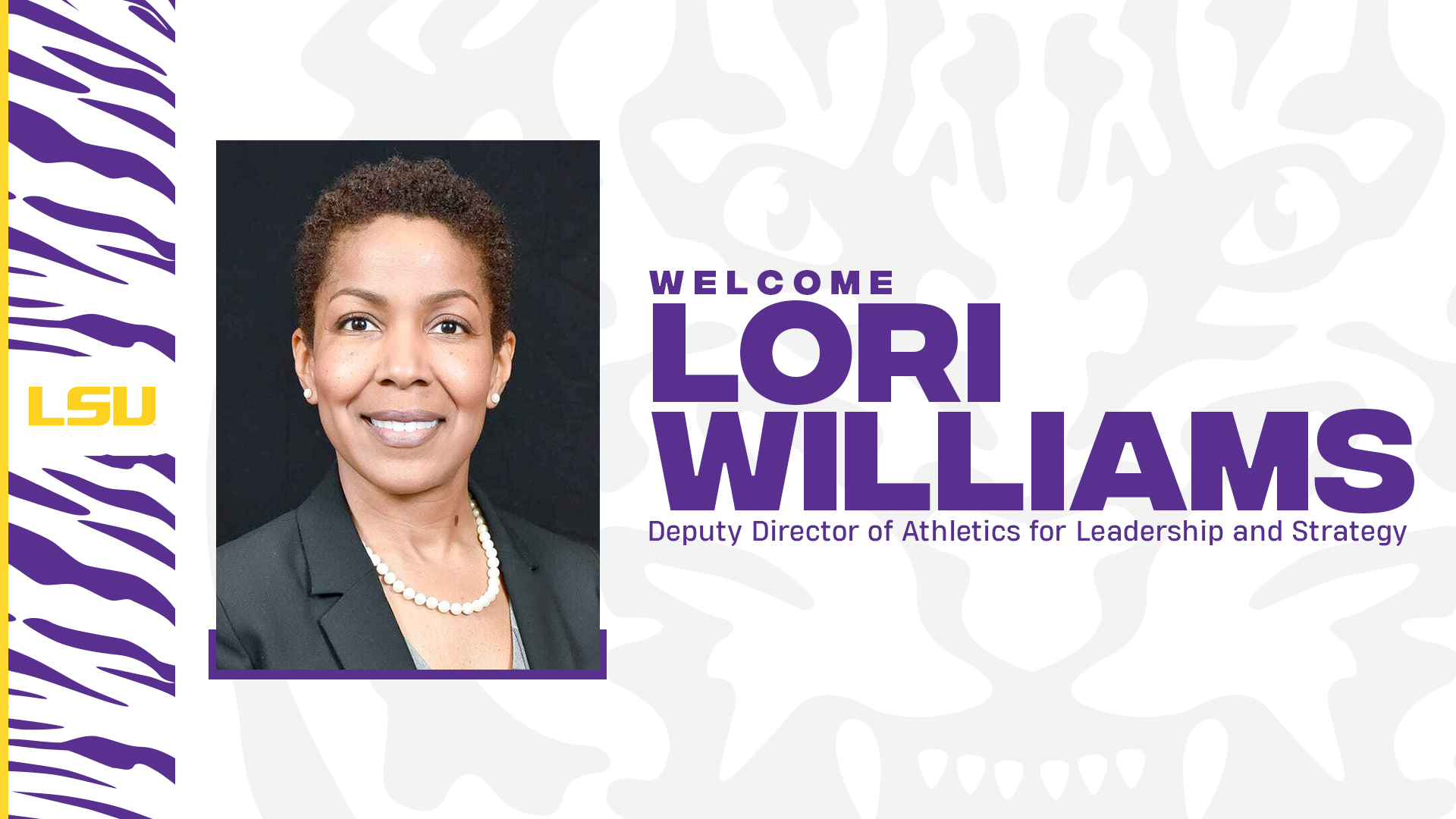 Williams’ responsibilities will include oversight of the compliance and human resources departments, and she will also serve as a sport supervisor. As part of her role with the human resources department, Williams will lead LSU Athletics’ diversity and inclusion initiatives. She will also work as a liaison to LSU’s Office of Civil Rights and Title IX and the Office of Student Advocacy and Accountability.

“Lori is a vital addition to our administration, and her work will be pivotal in the transformation of our athletics department,” Woodward said. “I have seen firsthand the impact she has had on previous institutions, and I am confident the leadership she will provide in this new role will effect positive change not just within our department, but across our entire community.”

Since January 2020, Williams worked as the Associate Vice President for Operations & Chief Human Resources Officer at Grambling State University. Prior to her tenure at Grambling, she worked in Woodward’s administration at Texas A&M as Senior Associate Athletics Director and Senior Woman Administrator. Williams was Texas A&M’s first full-time Title IX Coordinator before she joined the athletics department.

“I want to thank Scott Woodward for the opportunity to join the LSU Athletics Department, which supports, celebrates, and honors our student-athletes and impacts the entire state of Louisiana,” Williams said. “I am excited to work alongside the talented professionals who are committed to achieving excellence while advancing the mission of the university and the athletics department.”

At Grambling, Williams provided executive level direction for the University’s strategic investment in talent management and organizational transformation. Additionally, she had executive oversight of the Safety and Risk Management, Civil Rights and Title IX, and Human Resources departments.

Williams brings years of leadership in law, university athletics, and academics to LSU. Before her return to the university setting at Texas A&M, Williams was Vice President and Partner with the Michael L. Buckner Law Firm, assisting clients with issues relating to intercollegiate athletics, risk management and higher education law. She also served as the associate athletics director for risk management at the University of Kansas.

Williams was formerly with the NCAA, where she worked as Director of Membership Services and was later named the Director of Academic Certification and Review at the NCAA Eligibility Center.

Prior to her stint with the NCAA, Williams was the assistant director of compliance and legal assistant to the associate commissioner at the Big XII Conference in Dallas.

Licensed to practice law in the state of Texas, Williams earned her bachelor’s degree in business administration at Baylor University and her Doctorate of Jurisprudence from Texas Tech University School of Law.  Williams has also earned an associate of risk management designation from the American Institute of Chartered Property Casualty Underwriters.