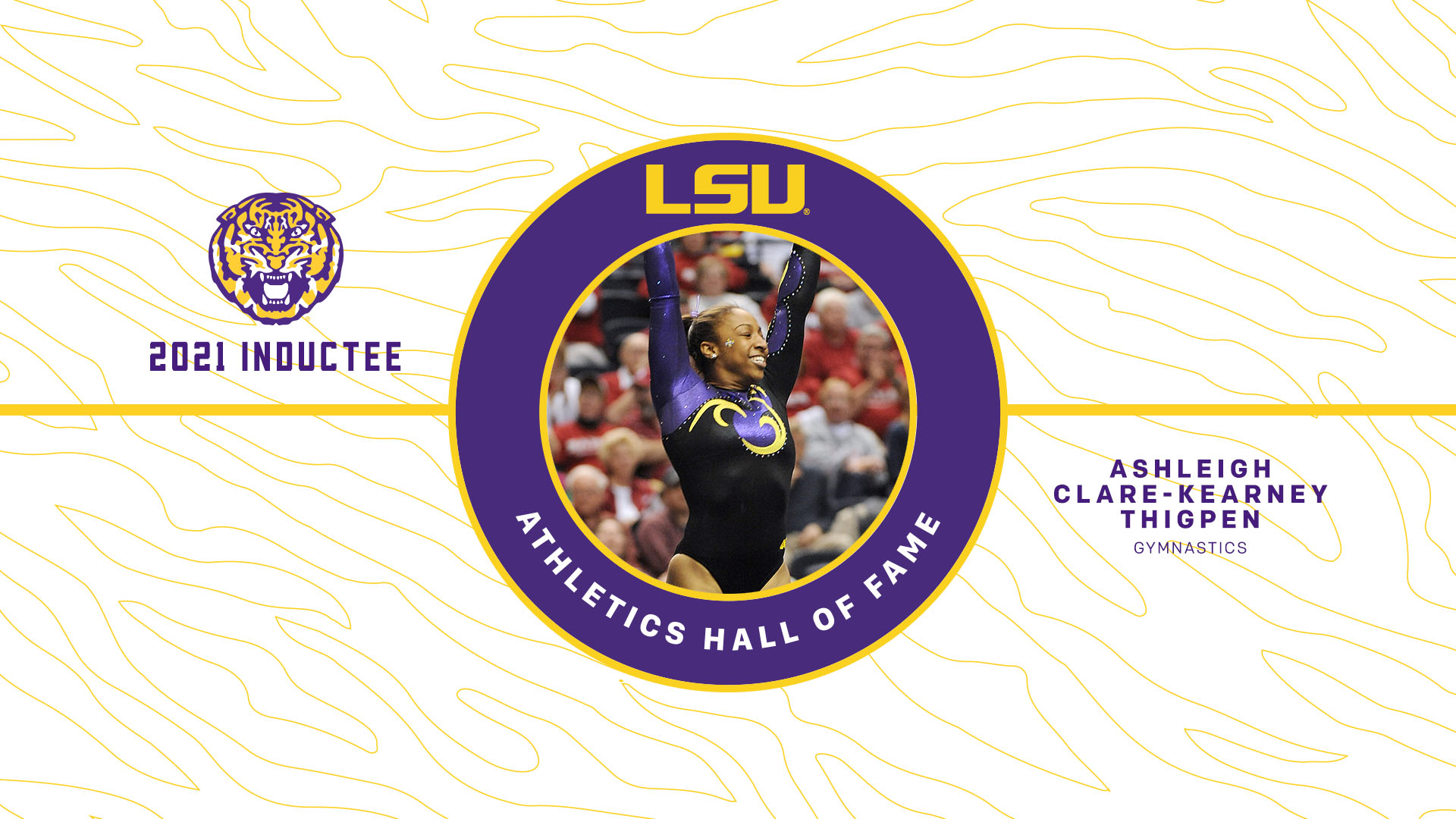 BATON ROUGE – Ashleigh Clare-Kearney Thigpen, a two-time NCAA champion, has been elected for induction into the LSU Athletic Hall of Fame.

“Ashleigh Clare-Kearney Thigpen is a champion in every sense of the word,” former LSU gymnastics coach D-D Breaux said. “Whether she is performing the most difficult gymnastics skills or preparing for the bar exam she was a force to be reckoned with. She was powerful, graceful, confident and dependable. It was a thrill for me to be a part of her journey at LSU, both athletically and academically. It was equally thrilling to watch her grow into the remarkable woman, wife, mother and friend that she is today.”

Thigpen devoted more than 16 years to the LSU gymnastics program as a student-athlete and volunteer coach. She broke nearly every record and demonstrated excellence and leadership in competition and in the classroom. She was the 2009 NCAA vault and floor champion, LSU’s first two-time champion. As a junior in 2008, Thigpen became the second LSU gymnast to be crowned the SEC all-around Champion, and she also took home 2008 SEC Gymnast of the Year honors.

Thigpen still holds the school record for the most individual titles – winning 114 titles in her career, including 37 on vault, 27 on floor and 22 in the all-around. She was also recognized as a Scholastic All-American in both 2008 and 2009, and the Manchester, Connecticut, native was also a two-time SEC Academic Honor Roll member.

An active member in the local community, Thigpen was twice recognized as a member of the SEC Community Service Team, and she also received the 2008 Huel D. Perkins Leadership Award at LSU. Because of her prowess in the gym, in the classroom and in the community, Thigpen became the first LSU student-athlete to earn the distinction as an NCAA Woman of the Year Finalist in 2009

One of LSU’s most accomplished student-athletes, Thigpen earned her bachelor’s degree in 2008 and master’s degree in 2010. She went on to earn her Juris Doctor from the Southern University Law Center in 2013. She worked an attorney for the Louisiana House of Representatives for five years before moving to the athletic department.
In addition to her work with the state, Thigpen has also served as an adjunct professor at Southern University. Since 2013, Thigpen has worked in private practice in the areas of family law, contracts, personal injury and employment discrimination.

The daughter of Craig Kearney and Diane Clare-Kearney, Ashleigh married DaJuan Thigpen in 2016 in downtown Baton Rouge. They welcomed their first son, Beckham, in July 2020.