by Alyssa Leal
Tigers in Tokyo +0 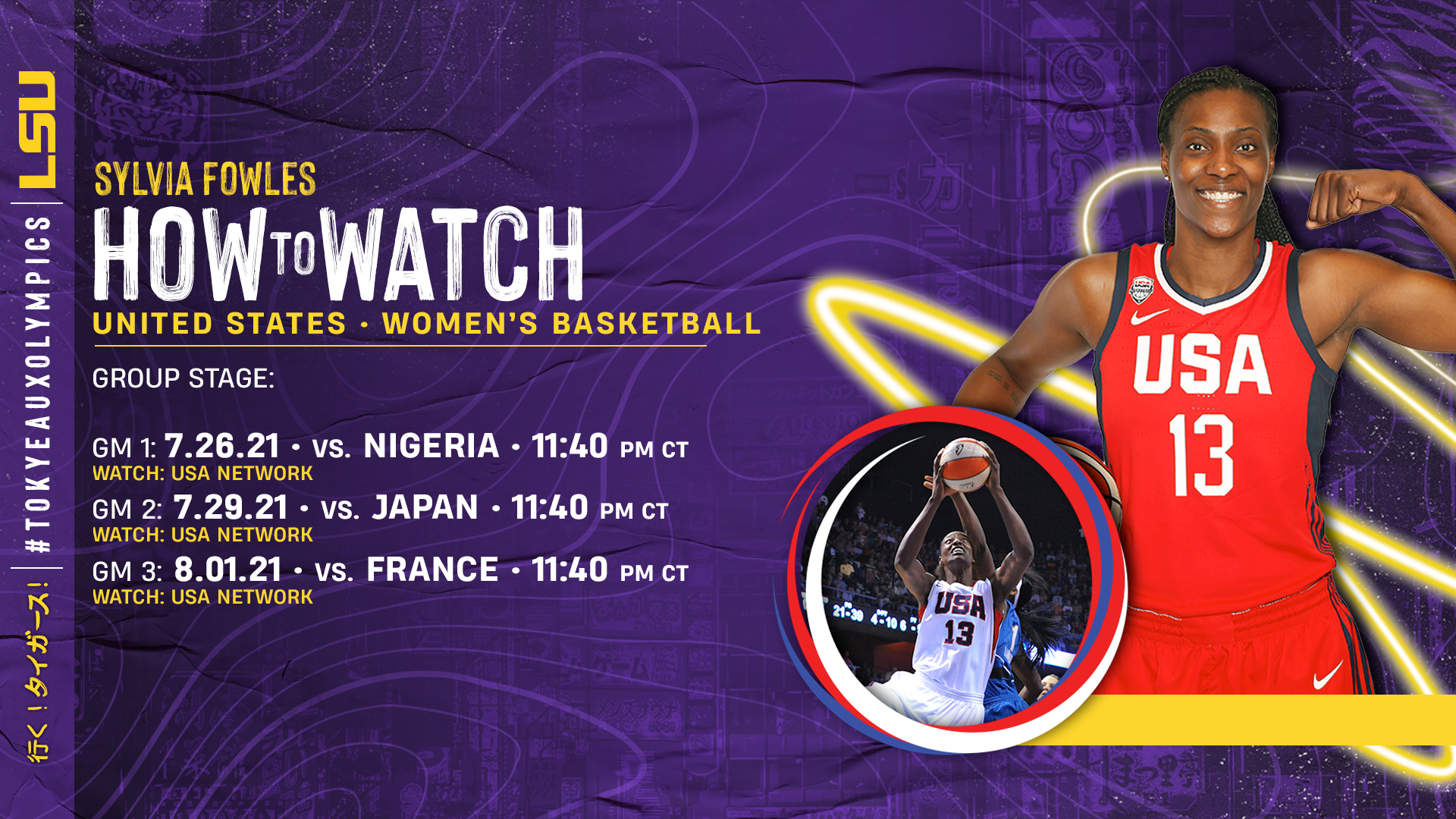 Fowles and USA Basketball, in Group B, will tip-off against Nigeria in their opening game at 11:40 p.m. CT on USA Network.

The next group games are set for Thursday, July 29, and Sunday, August 1. The matchup against Japan and France are both set to tip-off at 11:40 p.m. CT. All games are available on USA Network and at www.NBCOlympics.com.

The Miami native is going for her fourth gold medal representing the United States. Her previous gold medals were won at the 2008, 2012 and 2016 Olympics.

Fowles played at LSU from 2004-2008, playing in a total of 144 games for the Tigers and finishing with 2,234 career points. She is the second women’s basketball player in LSU history to have her jersey, No. 34, retired by the university.

The 6-6 center has played 14 seasons professionally in the WNBA and is currently in her seventh season with the Minnesota Lynx.