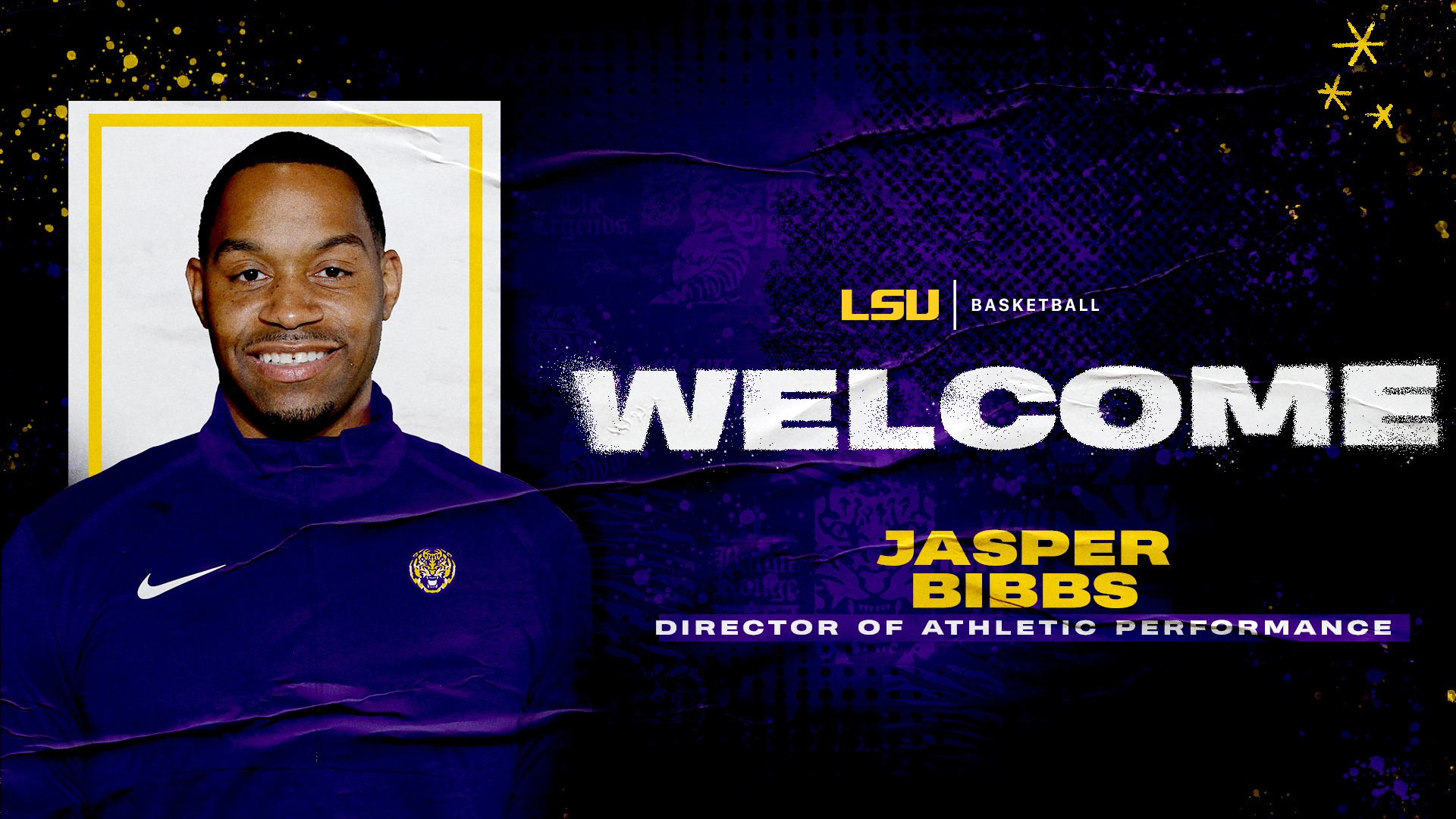 BATON ROUGE – LSU men’s basketball Coach Will Wade announced on Thursday that Jasper Bibbs will join the staff as the Director of Men’s Basketball Athletic Performance for the 2021-22 season.

Bibbs has served for the last five seasons with the Utah Jazz of the NBA.

He will move into the position held for the last four years by Greg Goldin, who has left the position for a job in the private sector.

Bibbs served one season as the Sports Science Assistant for the Jazz and the last four as the team’s Assistant Strength and Conditioning Coach.

“We are excited to welcome Jasper to our basketball family,” said Coach Wade. “He has worked at the highest level with one of the best organizations in the NBA and elite NBA players. We look forward to him implementing new, high level training programs that will give our players the best opportunity for success here at LSU. Coach Bibbs will be a tremendous asset to our program both on and off the court.”

“Coach Goldin is someone I have known for 12 years and he has been a valuable member of my staff for the last 10 years. I cannot express how much I appreciate his effort and dedication to our players and program these last 10 years. I am thrilled that a life changing opportunity presented itself to him in the last few months and I wish him and his family the best!”

A native of Lansing, Michigan, Bibbs is an Athletic Training Graduate of Western Michigan University. He is currently working on a Master’s Degree of Sports Science with the United States Sports Academy. He is a Certified Athletic Trainer, Certified Strength and Conditioning Specialist, Corrective Exercise Specialist and Performance Enhancement Specialist.

Prior to his tenure with the Utah Jazz, Bibbs as spent time volunteering with the Strength and Conditioning staffs of the Toronto Raptors and Detroit Pistons.

Several NBA stars have worked with Bibbs and have commented about his abilities as he moves into college basketball.

Donovan Mitchell, who has averaged over 23 points in his four seasons with the Utah Jazz said: “Jasper is an incredible strength coach, trainer, and friend. He’s continuously finding ways to motivate his players. He helped me tremendously with my strength and conditioning. He’s a great motivator! He finds ways to get the best out of his athletes, and he’s definitely help me become the player who I am today.”

Royce O’Neale, who has played close to 300 games the last four seasons for the Jazz said this of Bibbs: “LSU is getting one of the best strength coaches in the game right now. Jasper has helped with my personal development in the weight room and with transforming my body to help me stay healthy and compete at the highest level during my time in the NBA.”

“I have known and trained with Jasper Bibbs since I was in high school. He’s become one of the best NBA trainers in the league. LSU is fortunate to find such talent and dedication,” said Bryn Forbes of the Milwaukee Bucks, who is a native of Lansing, Michigan as well and attended Michigan State.