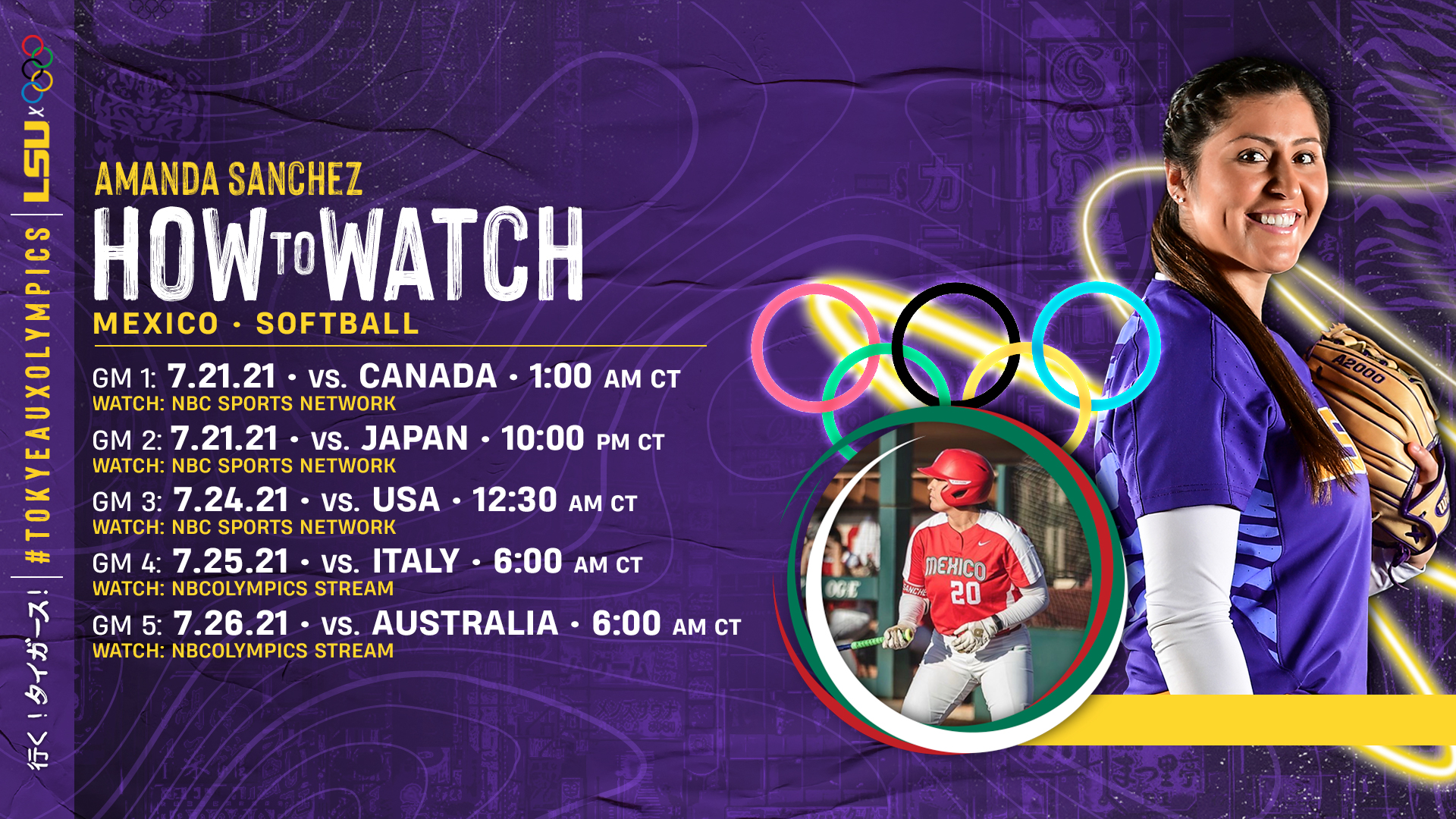 Sanchez and the Mexican team will open the games against Canada and then take on Japan at 10 p.m. Both games will be televised on the NBC Sports Network.

Mexico is slated to take on USA and current LSU assistant coach Howard Dobson at 12:30 a.m. Saturday on the NBC Sports Network. The team wraps up the opening round against Italy at 6 a.m. Sunday and against Australia at 6 a.m. Monday. Games four and five will be on the NBC Olympics stream.

Sanchez, a 2019 NFCA Second Team All-America for the Fighting Tigers, will be a part of Mexico’s first Olympic softball team. It’s the first time since 2008 that softball will be an Olympic sport.

Dobson and team USA will open at 10 p.m. Wednesday against Italy and then face Canada at 7 p.m. Wednesday. Following the meeting with Sanchez and Mexico on Saturday, Dobson will take on Australia at 8 p.m. Saturday and Japan at 8 p.m. Sunday.