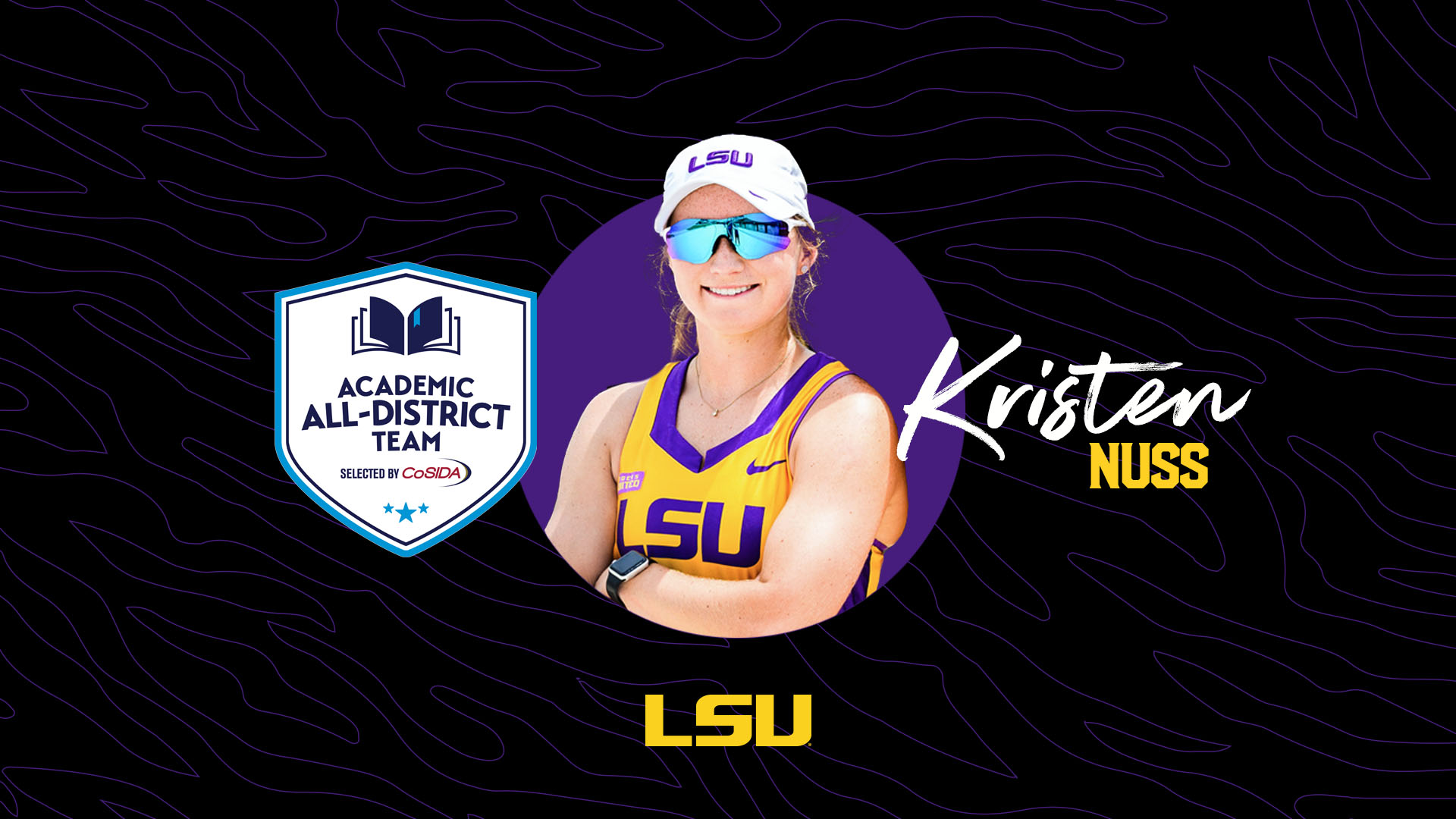 The senior received many awards on the court for the Tigers, as well as academic honors for her accomplishments in the classroom. Nuss recently graduated LSU with a degree in Kinesiology and finished with a 3.65 cumulative GPA.

Nuss’ 139 career victories stand alone as the most wins in the history of college beach volleyball. She was a dominant force in the sand throughout her college career and helped lift LSU Beach Volleyball onto the national stage, including a berth in the NCAA Beach Volleyball Championships. She closed out her incredible career for the Tigers with a 48-match win streak.