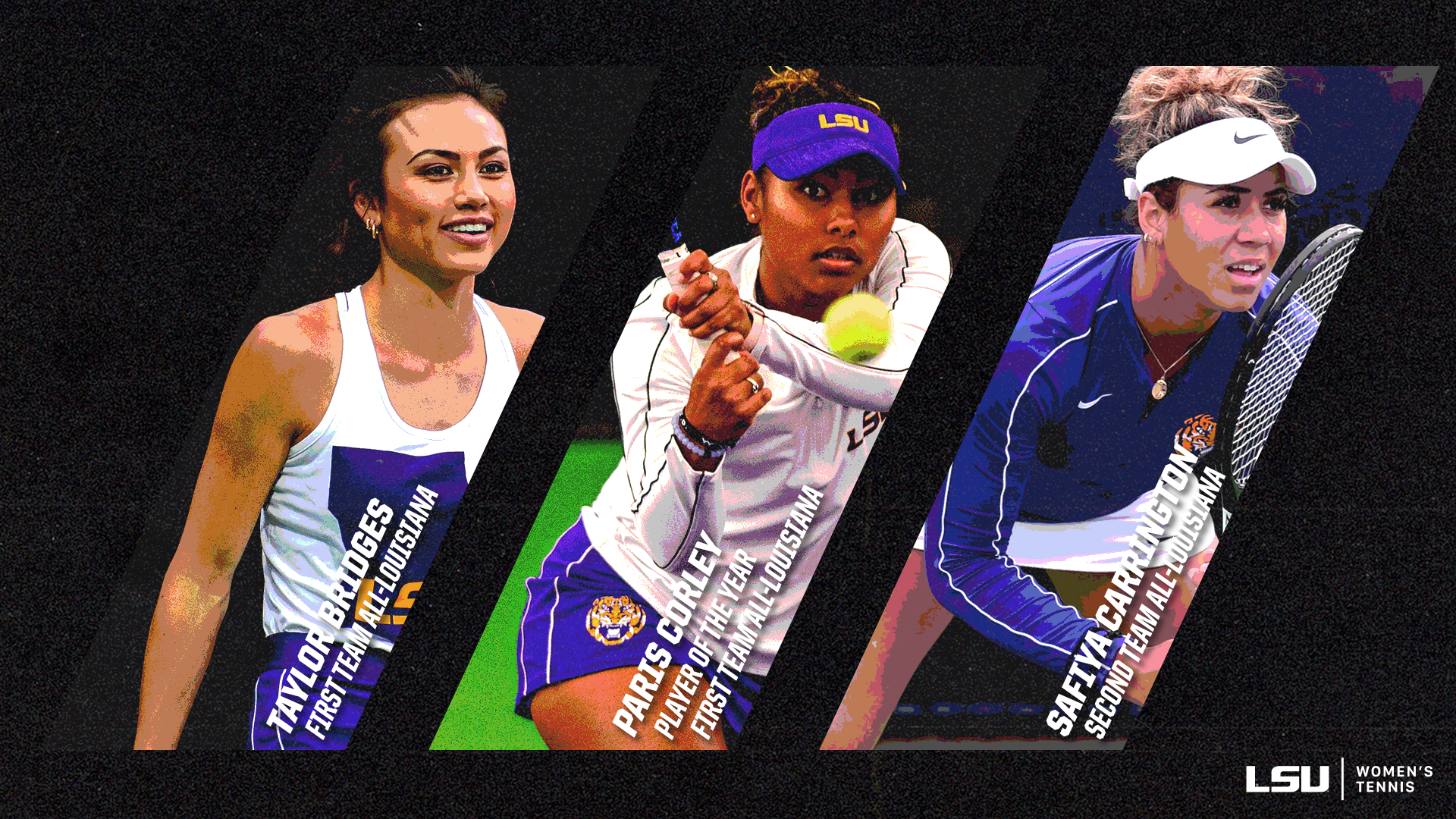 Baton Rouge, La. – LSU Women’s Tennis Senior Paris Corley leads the headlines as she was named the 2021 Louisiana Women’s Tennis Player of the Year by the Louisiana Sports Writers Association following the 2020-21 season.

For Corley, it is another accolade added on to a season of success. She led the Tigers in singles with a record of 22-5, as well as tied for the most doubles wins on the team with a 20-6 record. Her success was vital to the Tigers’ strong season in dual play that saw them place No. 17 in the final ITA team rankings. Individually, Corley had a strong postseason in the NCAA Singles Tournament, where she became only the fourth player in program history to reach the quarterfinals stages and was awarded with a spot on the ITA Singles All-American team.

In addition to her Player of the Year award, Corley was also named to the First Team All-Louisiana.

Fellow senior Taylor Bridges joins Corley on the First Team All-Louisiana. Bridges finished the season with a 14-12 singles record and tied with doubles partner Corley with a 20-5 doubles record to the lead. In the dual season, Bridges played at the No. 1 singles spot for the Tigers, picking up three ranked wins along the way. In the ITA singles rankings, she ranked as high as No. 41 and only fell as low as No. 64, a ranking that saw her earn her first berth in the NCAA Singles Tournament.

Rounding out the Tigers in the All-Louisiana awards is sophomore Safiya Carrington with a spot on the second team. Carrington earned ten singles wins, including six in the dual season primarily playing at the No. 2 spot for LSU, and eleven doubles win in the 2020-21 season. Carrington’s singles victories were crucial for the Tigers as she helped clinched match victory at No. 9 Vanderbilt and against No. 23 Tennessee.