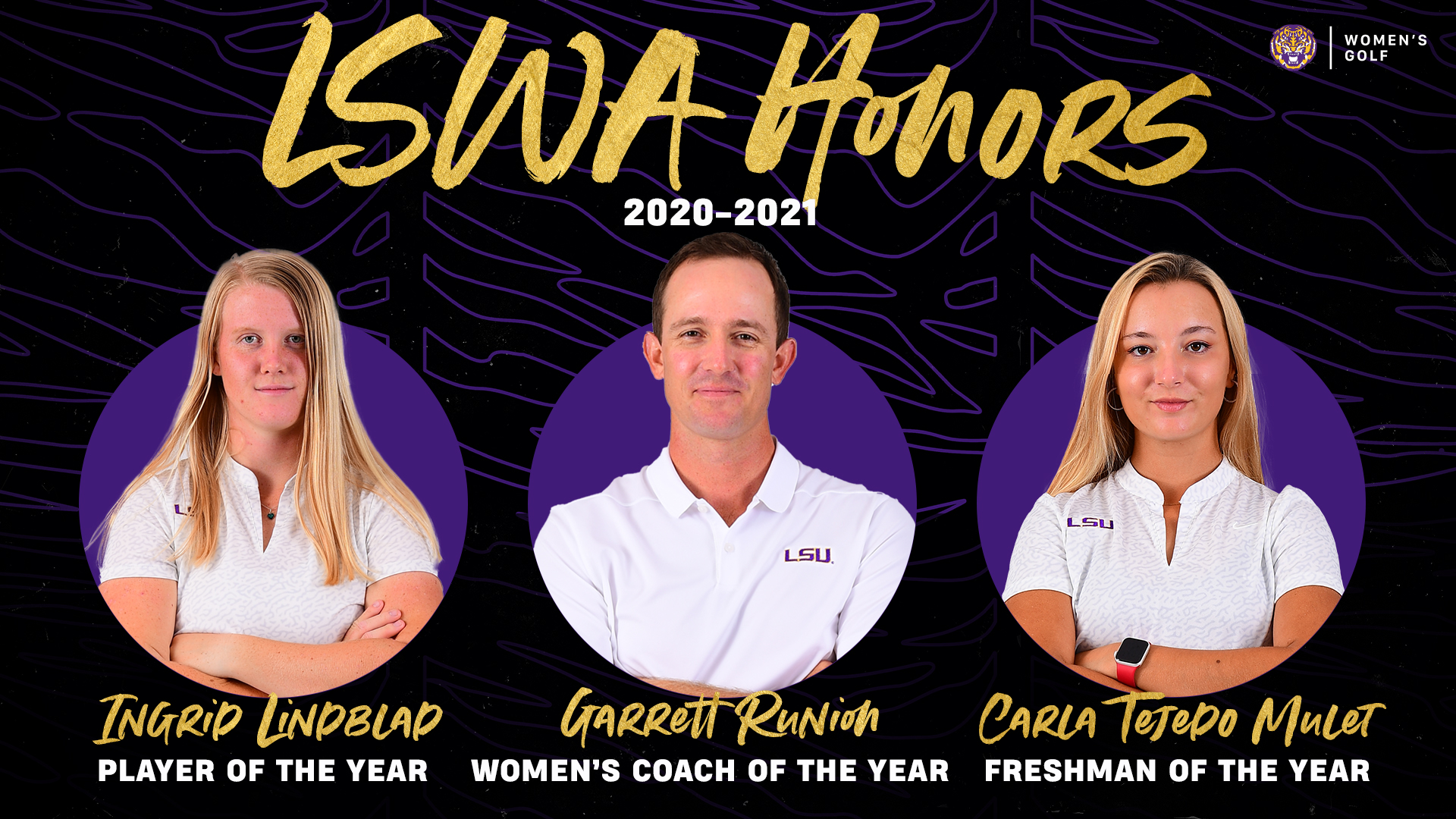 The awards were voted by members of the LSWA and sports information directors across the state.

LSU sophomore Ingrid Lindblad was named Women’s Player of the Year while Carla Tejedo Mulet was the Women’s Freshman of the Year.

LSU’s Garrett Runion was named the Women’s Coach of the Year.

The women’s team includes Lindblad, Mulet and Latanna Stone of LSU along with Madison Bates of Loyola-New Orleans and, Chantel Dueringer of ULM. Dueringer was named the Women’s Newcomer of the Year.

Lindblad, a native of Halmstad, Sweden, had a superb sophomore season as she recorded a pair of wins, six top five’s, and nine top-10 finishes. She was named First Team All-SEC, a WGCA First-Team All-America, Member International Team Palmer Cup, and an ANNIKA Award Finalist.

Tejedo Mulet, a native of Castellon De Plana, Spain, had a fantastic rookie season as she was named to the All-SEC Freshman Team, recorded 13 rounds of par or under, and a pair of top 10’s.

Runion led the Tigers back to the NCAA Championship in his third season for the first time since 2015 and guided the Tigers through the pandemic year with a stroke average of just over even par at 288.42, lowest in LSU history. The Tigers had 65 rounds of par or under and set NCAA record with a 54-hole total 46-under 818 in the SEC championship medal play portion. The Tigers won the LSU Tiger Golf Classic, had four other second place finishes and finished fifth in the Golfstat rankings.

WOMEN’S PLAYER OF THE YEAR

WOMEN’S FRESHMAN OF THE YEAR

WOMEN’S NEWCOMER OF THE YEAR

WOMEN’S COACH OF THE YEAR