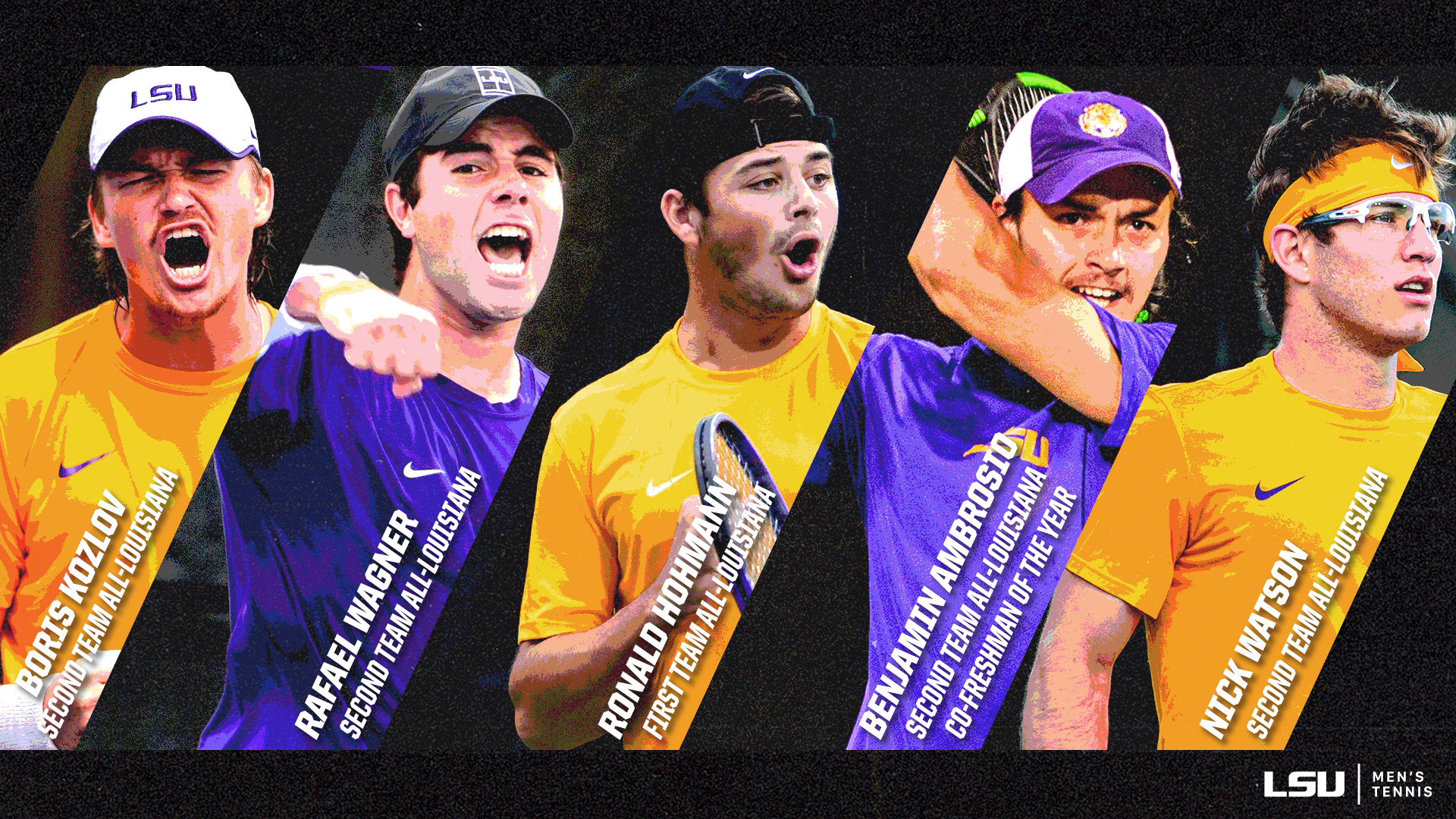 Ronald Hohmann and Benjamin Ambrosio highlighted the Tigers’ achievements. Hohmann was named to All-Louisiana First Team and Ambrosio was named the Co-Freshman of the Year as well as an All-Louisiana Second Team nod.

Ronald Hohmann added to his list of accomplishments in his sophomore season with the First Team nod. The New York native was an honorable mention his freshman season, but after his top-35 ITA rank in both singles and doubles, he was named to the first team. Hohmann went compiled 13 wins in singles, six of those being over ranked opponents. He was chosen for the NCAA Singles Championship, the first men’s tennis Tiger to do so in five years. In doubles, Hohmann and Rafael Wagner went 18-12 and reached a career-high of No. 32 in the ITA Doubles ranks.

Benjamin Ambrosio capped off his impressive freshman season by being tabbed Co-Freshman of the Year. The Santa Rosa, Argentina native posted a 9-6 record in the dual season with a 6-2 record on court six. Five of Ambrosio’s nine wins came over opponents on ranked teams.

Boris Kozlov‘s Second Team nod makes it his second consecutive season on the LSWA All-Louisiana Team after being named to the First Team in the 2019-20 season. The Florida native compiled 13 singles wins and with his doubles partner and fellow All-Louisiana second-teamer, Nick Watson, had a 14-10 record in doubles, going 12-5 in the dual season on court two.

Rafael Wagner’s singles and doubles play earned him a spot on the All-Louisiana Second Team. Wagner complied 10 singles wins and with his partner, Ronald Hohmann, went 18-12 in doubles. The duo has reached a high of 32 in the ITA Doubles rankings and was named as the No. 3 alternate for the NCAA Doubles Championships.

Nick Watson’s efforts in doubles gave him his first All-Louisiana nomination. Watson and his partner Boris Kozlov had a 14-10 record in doubles, going 12-5 in the dual season on court two.

The 2020-21 All-Louisiana tennis teams were selected by the state’s sports information directors. SID’s were not permitted to vote for their own institution’s nominees.