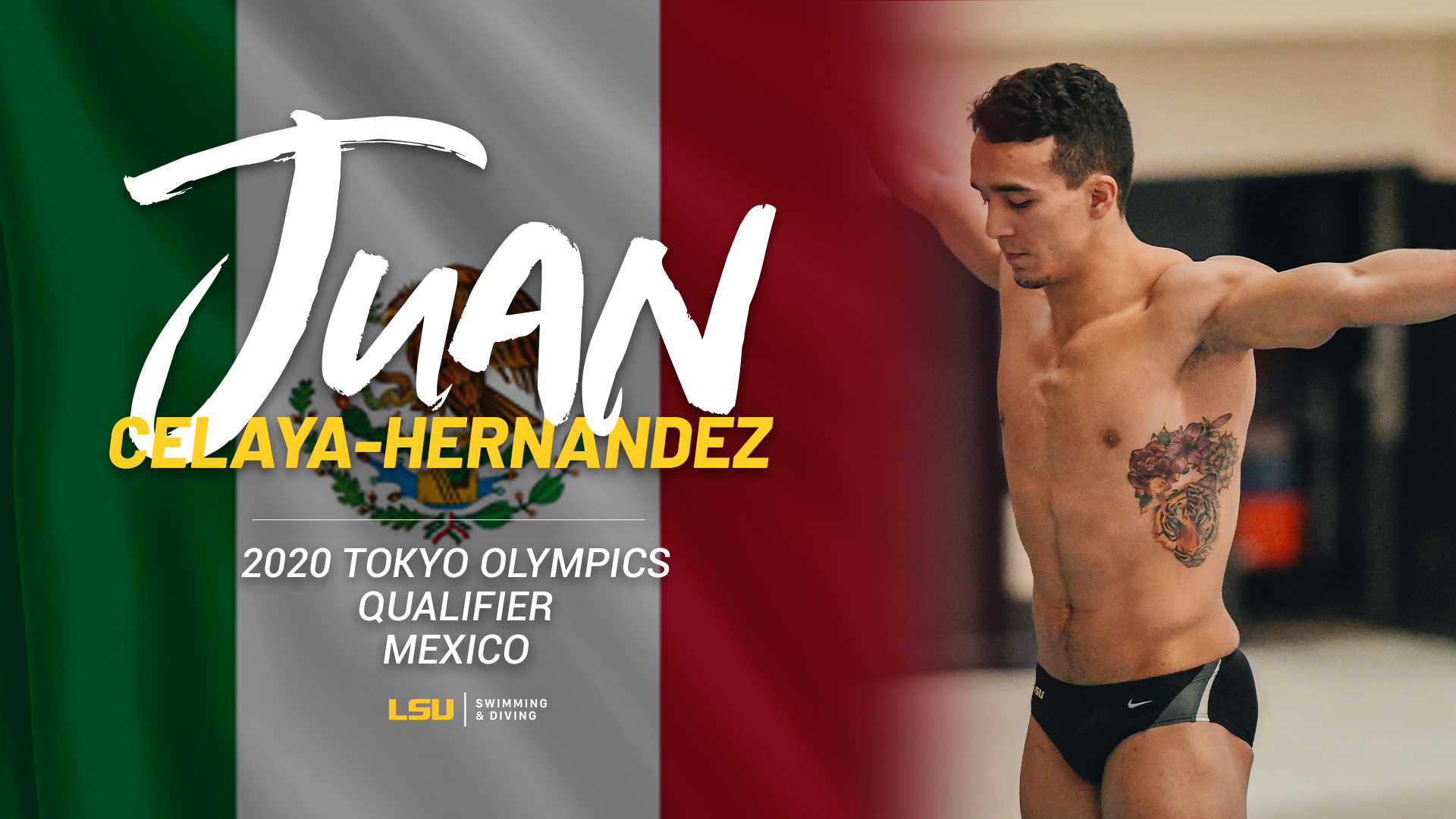 “It’s been a dream of Juan’s to qualify for an Olympic Games,” Shaffer said. “Today, this became a reality when Mexico officially announced their team for the 2020 Tokyo Olympics. I am so proud and honored to have been a part of this journey with Juan. His pursuit and dedication have been relentless. Now I know his focus is to stand on the podium in Tokyo representing his family, his country and LSU.”

Celaya-Hernandez, a native of Mexico, has been one of the most consistent athletes to come through any LSU program, holding several school and SEC records in the one-meter and platform dive. He also competed at a high level in championships, winning five SEC championships, three on the one-meter springboard alone. Celaya-Hernandez also currently holds the LSU record on the three-meter springboard.

At the end of the 2020-21 regular season, the SEC office announced Celaya-Hernandez as the Male Diver of the Year for the second time. His first came in his freshman year when he broke a school record in his first meet against Auburn on the three meter. He has accumulated 13 Male Diver of the Week honors and has made the All-SEC First team four times.

The 2020 Tokyo Olympics are set to begin July 23 and run through August 8.

Nine former student-athletes and coaches have been elected for induction into the LSU Athletics Hall of Fame, Director of Athletics Scott Woodward announced on Saturday.
Brooks Curry is Golden

Brooks Curry, LSU’s first Olympian to represent the United States in the pool, earned a gold medal after serving as a relay member for the 4x100 meter freestyle relay team.
Skip To Main Content