If you’re a fan of LSU Football or Major League Baseball, you know Jack Marucci. 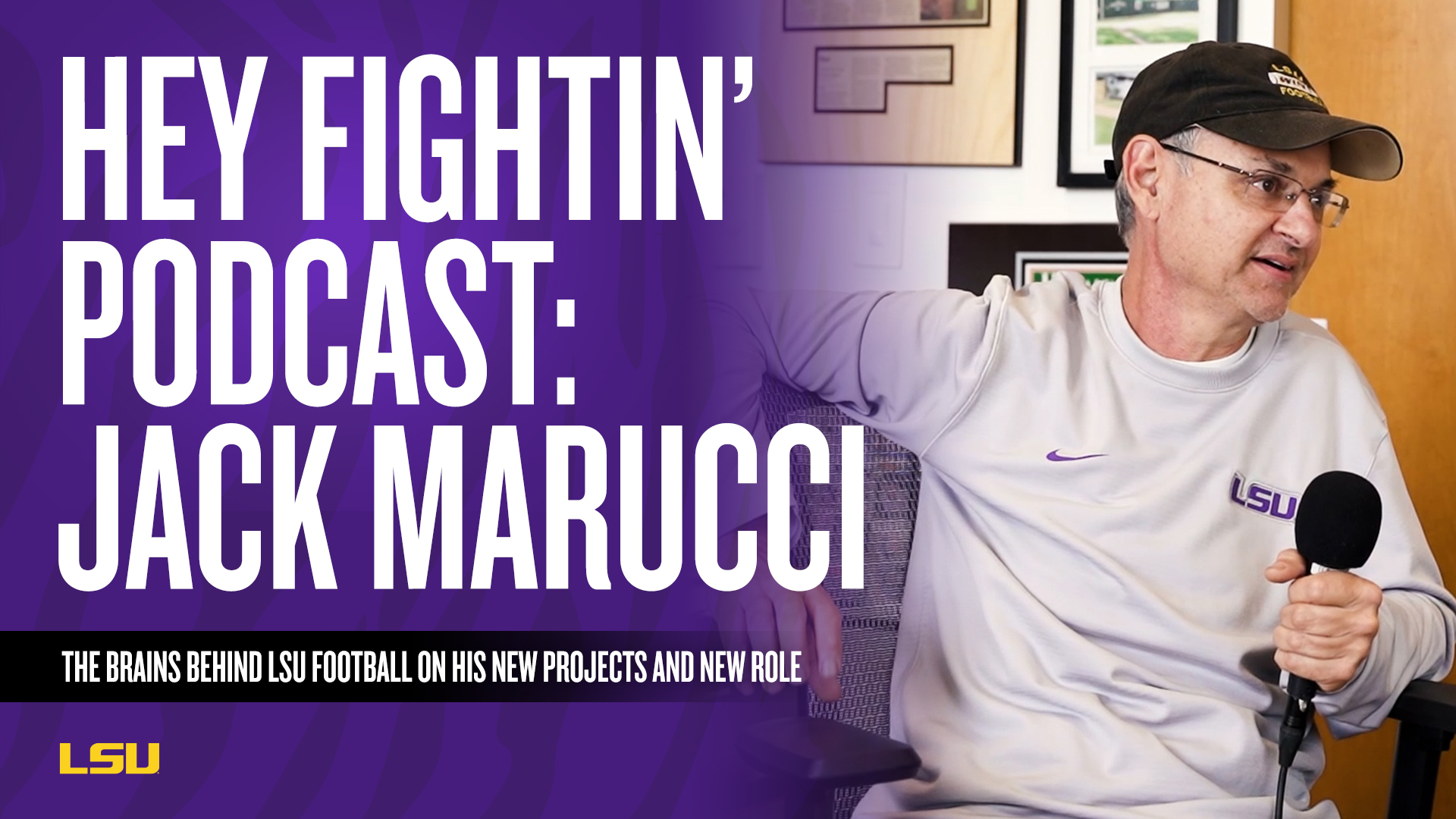 If you’re a fan of LSU Football or Major League Baseball, you know Jack Marucci.

Maybe you’ve heard him on this podcast before – he’s always among our most listened to episodes.

Maybe you read about his work with eye-tracking technology during LSU’s Summer of 10,000 Catches.

Either way, Marucci’s name is familiar to most, and so his is work as The Brain of LSU Football.

Now, he’s got a new title with LSU. As Director of Performance Innovation and Special Projects, Marucci will turn his focus full time to data-driven decision-making, high-tech solutions, and quantitative answers to qualitative questions, giving LSU Football – and all of LSU Athletics – the winning technological and scientific edge.

On today’s show, Jack talks about the importance of cognitive testing and this summer’s special projects, position by position – including route-running efficiency tracking for skill players, eye-tracking for the secondary, reaction timing for the linemen, and a touch of virtual reality.   Other topics include: his new position, the story behind Marucci bats, the intersection of character and success, his affinity for woodworking, and much, much more.