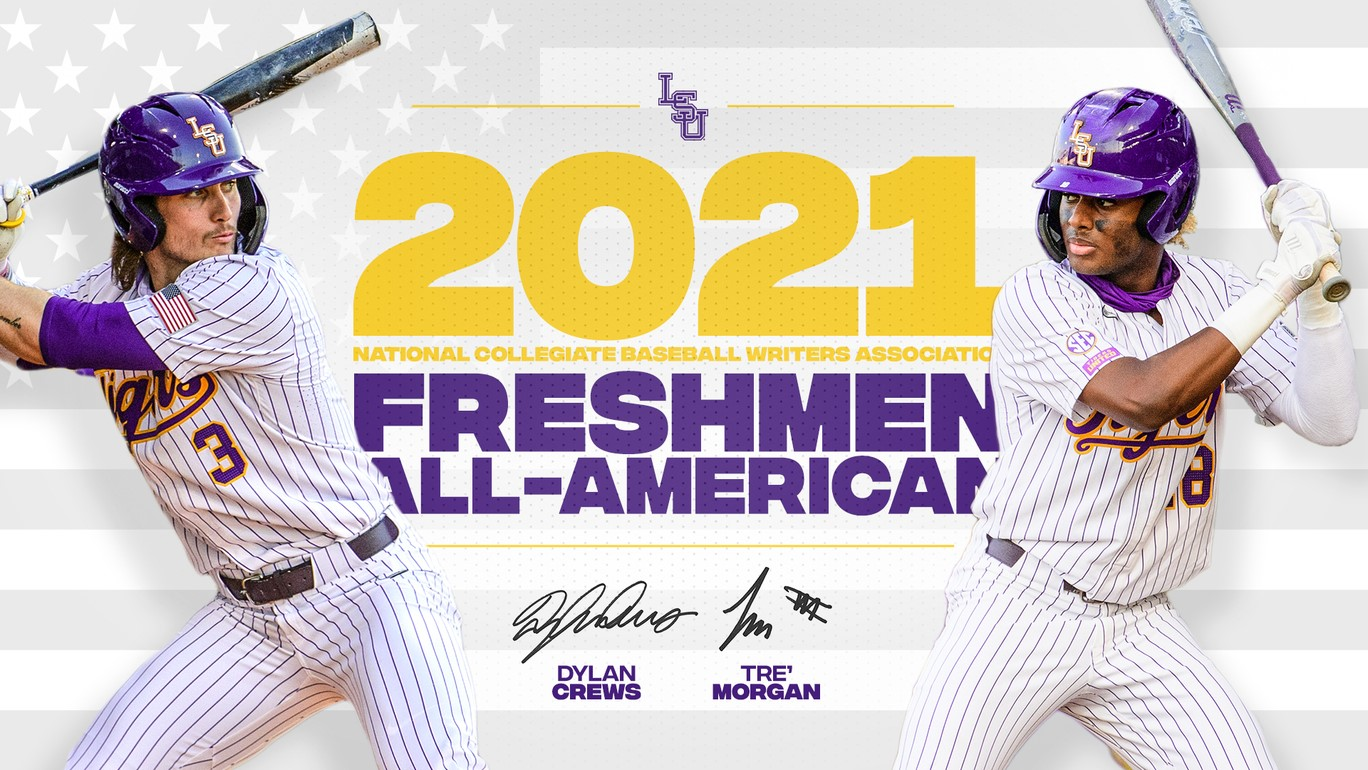 Crews’ total of 18 home runs represents the most by a freshman in LSU single-season history, surpassing the mark of second baseman Mike Fontenot, who launched 17 dingers as a freshman in 2000.

He was voted Second-Team All-SEC and Freshman All-SEC, and he was named to the SEC All-Defensive Team. Morgan was twice recognized as the SEC Freshman of the Week during a three-week period in late April-early May.

Morgan collected six hits, including a double, in the NCAA Eugene Regional to go along with three RBI and three runs scored.