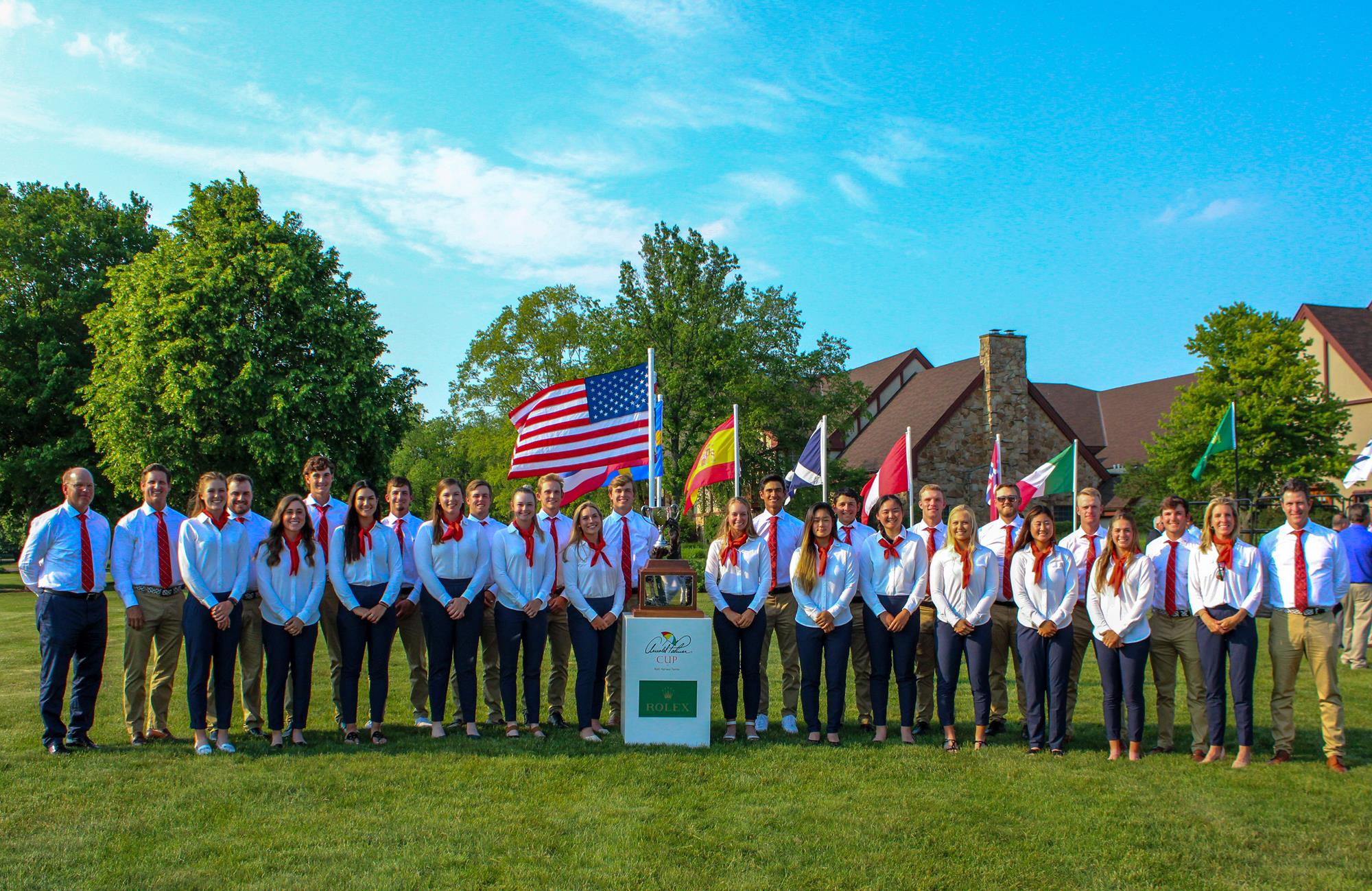 Stone helped Team USA win back the Arnold Palmer Cup with a 33-27 win in the 60-match affair with Team Intentional. Team USA took the lead in the Saturday afternoon Mixed Foursomes and needed 10.5 points in the 24 singles matches to win back the cup which the International squad had held for the last two years.

Team USA posted a 13-11 advantage in the matches on Sunday.

The overall Cup record for the USA in the Arnold Palmer Cup featuring the world’s top collegiate golfers, is now 13-11-1.

Stone in her singles match, near the point in which the Cup was clinched, won the par 3 16th hole with a birdie to go 1 Up and then ended the match with a par 4 on the 17th hole as opponent Karen Fredgaard of Houston bogeyed the hole, ending the match, 2&1 for Stone.

Stone in the four sessions was 2-0-2 providing three total points for the victorious USA squad. Teamed with Trent Phillips of Georgia in the opening Mixed Fourball set on Friday, Stone and Phillips got four birdies over the final eight holes to get that match to all square.

Then on Saturday after tying her opening foursome match teamed with Julia Johnson of Ole Miss, Stone and Phillips came back with a win in the late mixed foursome match with an easy 5&4 result.

LSU sophomore Ingrid Lindblad was in the 24th singles match for the International team if it came to that spot, but the Cup was already clinched as that match reached its end. Louisville’s Lauren Hartlage was able to get a 1Up win for the final Team USA point.

The winning coaches for Team USA were Kim Lewellen of Wake Forest and Greg Sands of Texas Tech.