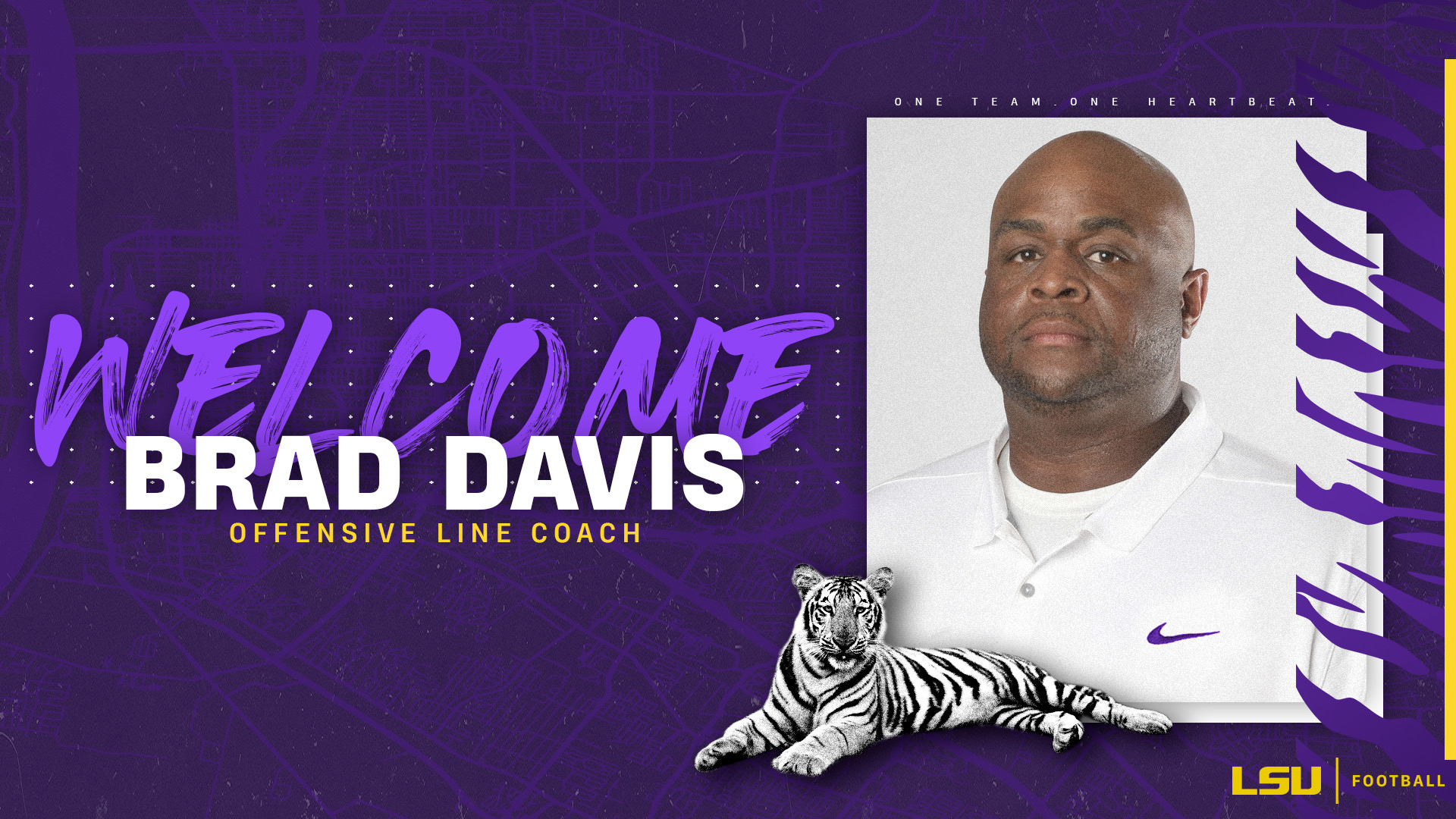 Davis joins the LSU staff after spending the past four seasons coaching offensive lines in the Southeastern Conference. Davis coached at Florida in 2017, followed by two years at Missouri. Last year, he served as the offensive line coach at Arkansas.

During his coaching career, Davis has had 14 of his offensive linemen earn all-conference honors.

“Brad is a game changer for us and he’s a great addition to our staff,” Orgeron said. “We are excited about having him come home to be a LSU Tiger. Brad is a proven offensive line coach who has developed some outstanding players during his coaching career. He also gives us another tremendous recruiter on the staff.”

Davis coached at Arkansas in 2020 after two years on the staff at Missouri where he developed Tre’Vour Wallace-Sims into a first team All-SEC offensive lineman.  Davis’ Missouri offensive line helped pave the way for an offense that rushed for 151.7 yards per game in 2019. The 2018 Missouri offense ranked No. 13 in the nation with 481.8 yards per game and were No. 18 nationally in scoring with 36.6 points a contest.

Prior to joining the Florida staff in 2017, Davis coached the offensive lines at North Texas (2016), East Carolina (2015) and James Madison (2014). At James Madison, Davis also served as the co-offensive coordinator for a Dukes team that finished 9-4 and earned a spot in the FCS Playoffs.

The Baton Rouge native prepped at Belaire High School and later went on to an outstanding playing career at Oklahoma. A 2003 graduate of Oklahoma. Davis was part of two Big 12 championship teams and the 2000 national championship team. He was named the team’s Most Valuable Offensive Lineman in 2002.

Davis and his wife, Anecia, have two sons, Bradley and Brayden.