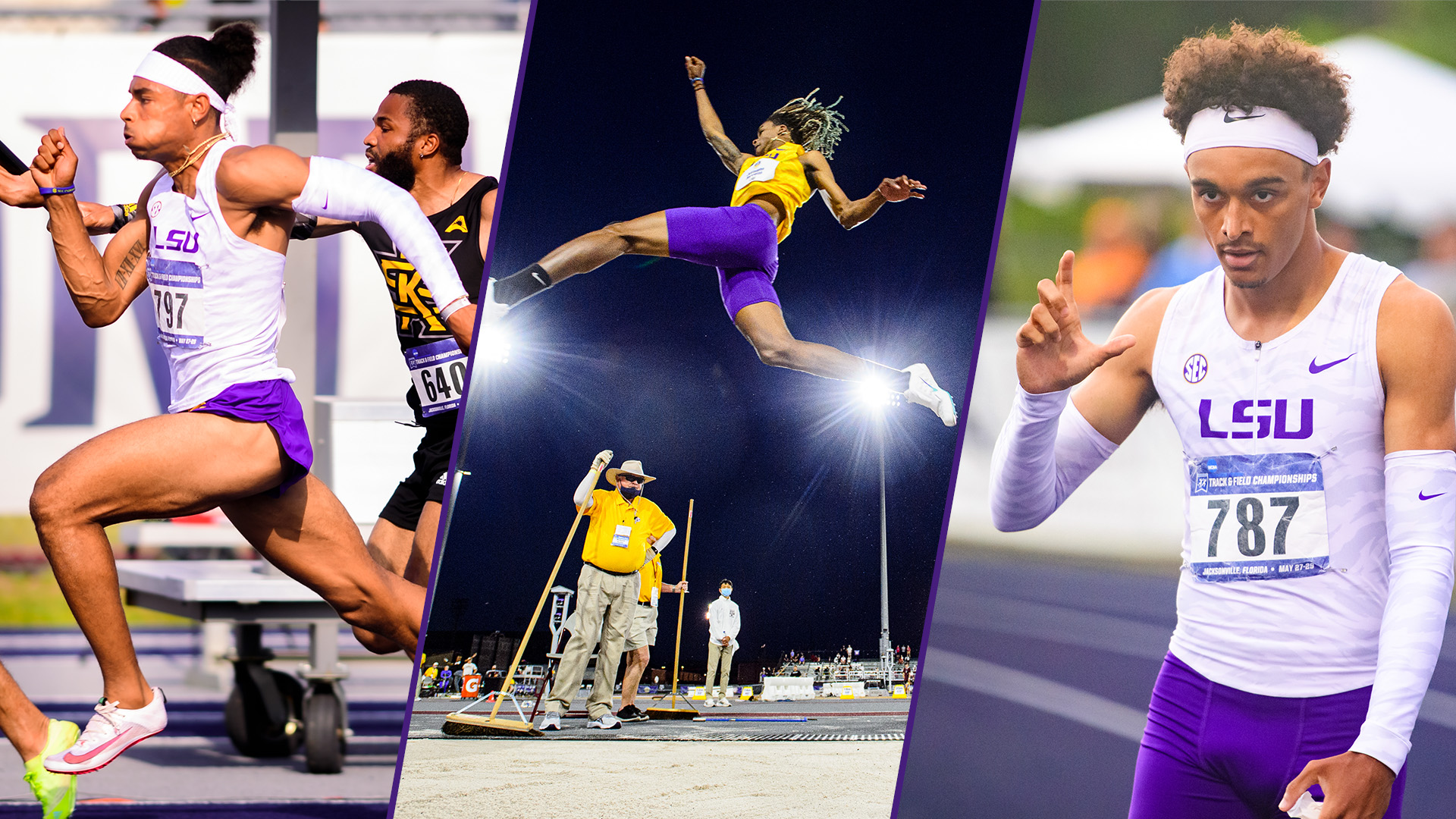 Harrison, who hails from Huntsville, Alabama, will look to continue his dominance of the high jump and long jump at the NCAA Championships. Before Harrison swept both events two years ago in Austin, Texas, no man in NCAA DI history had done so in the same year. Then, Harrison did it again just a few months ago indoors. Go ahead and doubt Harrison making it three in a row at your own peril, because the Tiger standout is even better in 2021. Harrison enters the meet tied as the second-best performer in collegiate history in the high jump at 2.36m (7-8¾) and ranked sixth all-time in the long jump at 8.44m (27-8¼).

Laird, who hails from Coatesville, Pennsylvania, has eyes on completing the 100-200 double and helping LSU capture gold in the 4×100 relay. Outside of a ridiculously close runner-up finish in the 200 at the NCAA Indoor Championships – 0.01 seconds – Laird has been unbeatable. Laird is 5-0 outdoors with two wind-legal all-time marks to show for it over 200 meters. He currently owns the fourth- and fifth-fastest performances in collegiate history at 19.81 (+0.8) and 19.82 (+1.7), respectively. Laird also has the fifth-fastest all-conditions mark in the 100 (9.80).

Williams, who hails from Rochester, New York, has been consistently fast in the 400, an event in which became the fifth-fastest man in world history indoors to win the NCAA title. He currently sports an unblemished 5-0 record in the 400, with two of those wins coming outdoors. Williams went 44.30 at the LSU Alumni Gold in April to move up to No. 13 on the all-time collegiate chart and won the SEC title two weeks later at 44.37. He is also a key cog on LSU’s relay teams.