Gonzaga right-hander Alek Jacob fired a complete-game shutout Friday night to lead the Bulldogs to a 3-0 win over LSU in the first round of the NCAA Eugene Regional at PK Park. 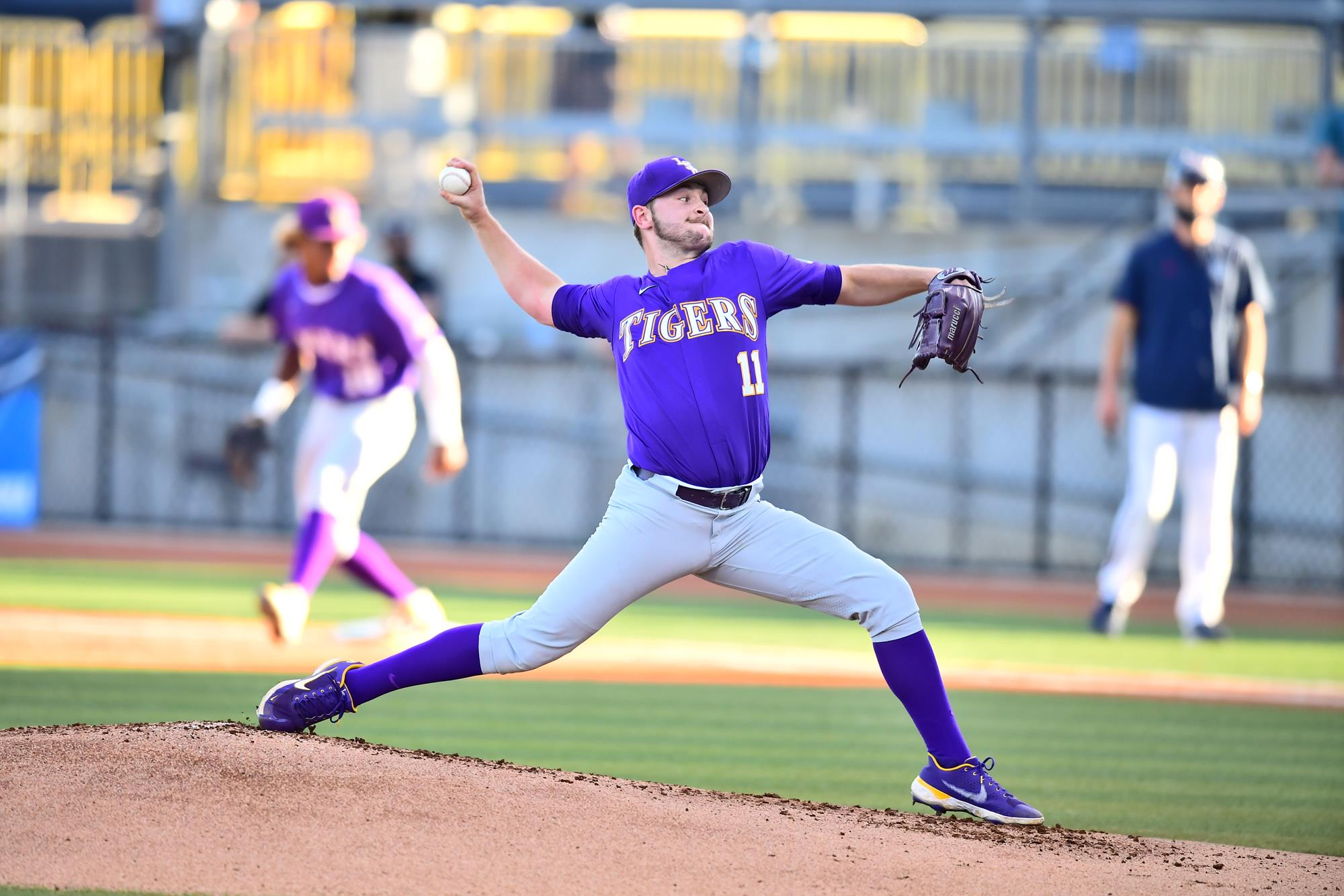 EUGENE, Ore. – Gonzaga right-hander Alek Jacob fired a complete-game shutout Friday night to lead the Bulldogs to a 3-0 win over LSU in the first round of the NCAA Eugene Regional at PK Park.

Gonzaga (34-17) will face Oregon at 9 p.m. CT Saturday in a winners’ bracket contest, while LSU (34-23) will meet Central Connecticut State in a elimination game at 3 p.m. CT Saturday.

The LSU-CCSU game will be televised on the SEC Network, streamed on ESPN3, and broadcast on affiliates of the LSU Sports Radio Network including 98.1 FM in Baton Rouge and www.LSUsports.net/live.

Jacob (8-1) limited the Tigers to four hits while recording one walk and four strikeouts. He threw 119 pitches in posting his second complete game of the season.

LSU starting pitcher Landon Marceaux (6-6) was charged with the loss as he allowed three runs on seven hits in 5.2 innings with three walks and three strikeouts.

“It was obviously a very disappointing outcome for our team,” said LSU coach Paul Mainieri. “Of course, the story of the game was their pitcher; we just couldn’t solve him. He has such a unique style of pitching, and we haven’t faced a guy like that all year. We worked hard all week to try to prepare for this kid, but he’s done this to everyone he’s pitched against all year.

“Landon pitched his heart out, and they were a very scrappy team offensively. They were very difficult to strike out, they put some balls in play, and they were able to scratch across a few runs.”

The Bulldogs scored two runs in the bottom of the second inning when rightfielder Grayson Sterling tripled and scored on centerfielder Guthrie Morrison’s single, and Morrison scored on a two-out RBI double by shortstop Ernie Yake.

Gonzaga added a run in the sixth on an RBI single by third baseman Brett Harris.

NCAA EUGENE REGIONAL SCHEDULE
Full schedule for the Eugene Regional is below, Times listed as Central.