BATON ROUGE – LSU Volleyball head coach Fran Flory has announced the promotion of Sarah Rumely Noble to associate head coach after serving as an assistant the past four seasons. 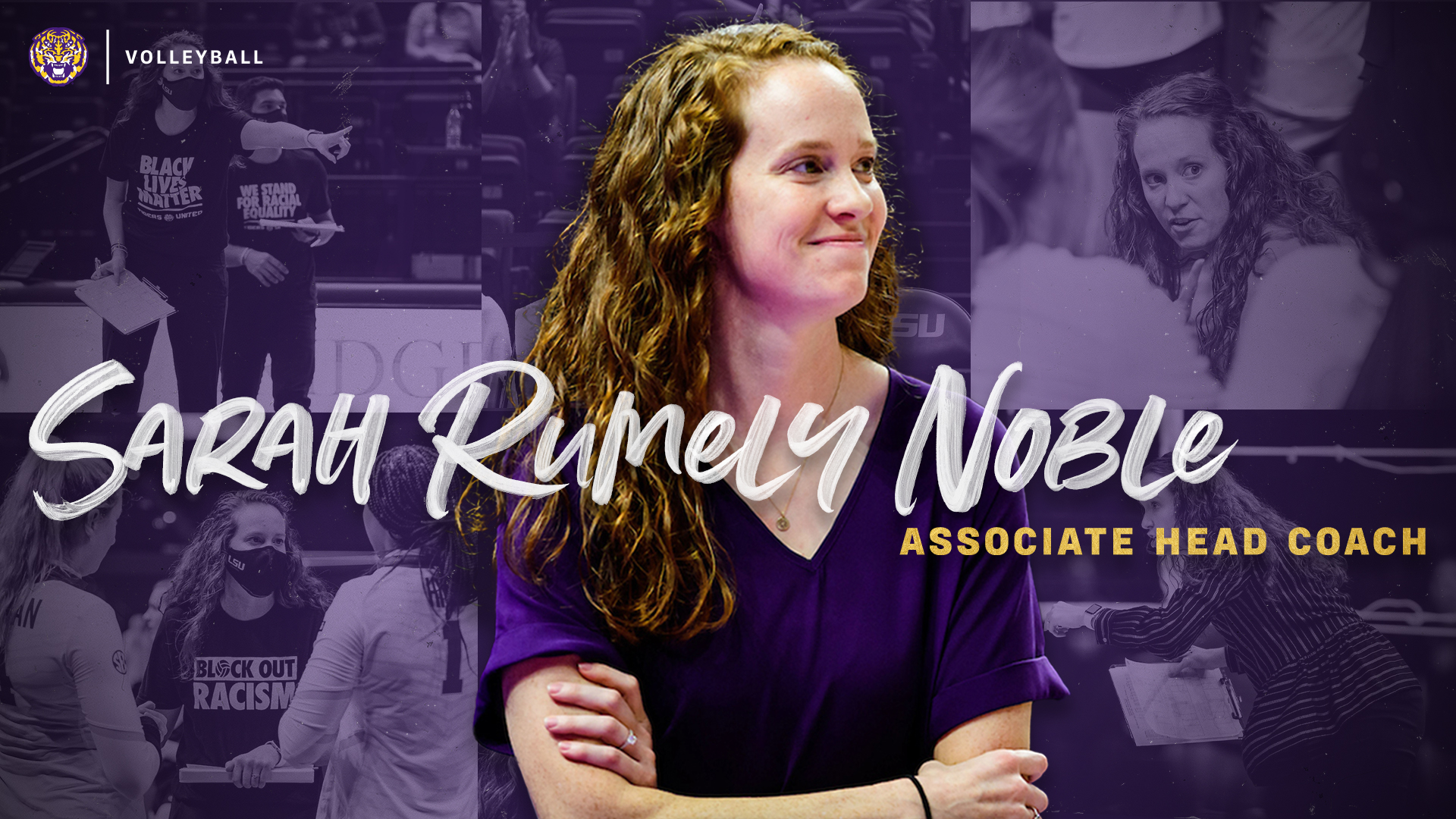 BATON ROUGE – LSU Volleyball head coach Fran Flory has announced the promotion of Sarah Rumely Noble to associate head coach after serving as an assistant the past four seasons.

“Sarah had such an immediate impact when she came into our program,” Flory said of Rumely Noble. “She is getting closer and closer, if she so chooses, to be a head coach. This is the natural progression when you become that valuable and you add that much to a program.

“It is not just volleyball that she is important in our program. She is probably equally or maybe even more important in support in student-athletes and building them into great people and great women that lead. Sarah is such an amazing person and an amazing coach. I’m super proud of her and am happy to have her as my associate head coach.”

Rumely Noble, a Kentucky Athletics Hall of Famer and SEC Women’s Legend, will continue to direct LSU’s offense and serve as the recruiting coordinator as she transitions into her new role as the Tigers’ associate head coach.

“I am incredibly humbled and honored,” said Rumely Noble. “I want to thank Miriam (Segar) and Fran for continuing to believe in me and for continually investing in me. I love LSU and this program and I’m excited to continue to work to get LSU Volleyball a little bit better every day.”

One of the most outstanding volleyball players at Kentucky and in the history of the SEC, Rumely Noble has not slowed down since becoming a coach. As recruiting coordinator she has led LSU to the nation’s No. 22 class in 2020 and No. 13 class in 2019.

Since joining Flory’s staff in February of 2017, Rumely Noble has directed LSU’s offense, implementing a faster and more dynamic pace. She works directly with the setters to develop technical and tactical abilities has coach Anna Zwiebel, Lindsay Flory and Karli Rose to multiple SEC Setter of the Week Honors.

A member of the Kentucky Athletic Hall of Fame, Rumely Noble played for the Wildcats from 2006-09 where she was a two-time All-SEC selection, Academic All-American and currently remains the Wildcat’s career leader in assists and aces. She was named the SEC Freshman of the Year in 2006 and later the SEC Player of the Year in 2008, leading Kentucky to four NCAA Tournament berths, including a Sweet Sixteen appearance.

Rumely Noble went on the play professionally from 2010-11 in the top French professional division, Ligue A, as the starting setter for the Nantes Valley Feminin. She led the team to its highest finish up to that point.

A true advocate for women’s athletics, Rumely Noble is committed to developing each player as a whole on the court, in the classroom and in the community.