BATON ROUGE – The LSU Women’s Tennis team has been named the BASF team of the month for May. 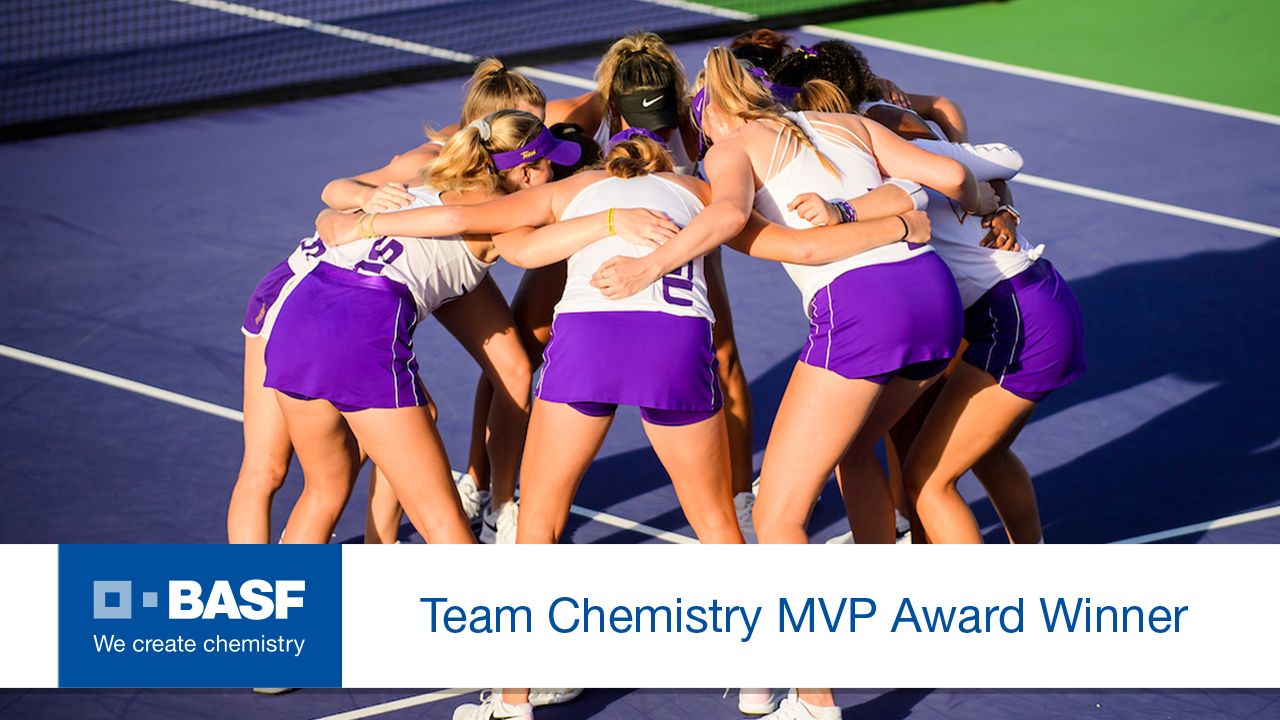 BATON ROUGE – The LSU Women’s Tennis team has been named the BASF team of the month for May.

LSU wrapped up a historic season in which the Tigers reached the second round of the NCAA Tournament. Taylor Bridges and Paris Corley also made appearances in the NCAA Singles Tournament. Corley became the fourth player in program history to make a run to the quarterfinals.

To begin May the Tigers entered the NCAA Tournament as the No. 12 seed and hosted a regional for the first time in program history. In their first round matchup against Boston University at the LSU Tennis Complex the Tigers earned a sweep over the Terriers to keep their season alive.

LSU won convincingly over Boston to advance in the NCAA Tournament. The doubles pairs of Nina Geissler/Eden Richardson and Taylor Bridges/Paris Corley handled business to give the Tigers the double’s point. Bridges, Maggie Cubitt and Eden Richardson swept their singles matches to give LSU the 4-0 victory.

The Tigers’ run came to an end during a tight second matchup against No. 20 Michigan in which LSU fell, 4-3.

The Tigers wrapped up their season with a program-record nine victories in SEC play. LSU was the No. 17 team in the final Oracle/ITA poll, the Tigers’ highest finish in program history.

Bridges and Corley continued their seasons though as the NCAA Singles Tournament was set to begin. Corley kept her season alive with a three-set marathon match against Xavier’s Ahmeir Kyle where she took the first set, 6-2, but fell in the second set, 7-5. With the decisive third set tied at three games apiece, Corley closed out the match with three straight game wins to win the third set and advance to the second round. Bridges fell in the first round to Anna Campana from Wake Forest.

In the second-round matchup against Iowa’s Alexa Noel. Once again Corley took the first set, 6-1, before Noel evened it up in the second set, 6-3. In the final set, Corley clinched a spot in the Sweet-16 with a 7-5 victory, setting up a matchup against Selin Ovunc from Auburn.

With the first set tied at 4-4, Corley secured the next two games to claim the first set. She controlled the tempo of the second set and swept straight through, 6-0, claiming the final eight games of the match and clinching a spot in the NCAA Semifinal. She became just the fourth player in program history to reach the Elite Eight and first since 2007.

Corley’s run would come to an end as Virginia’s Emma Navarro won the quarterfinal matchup in straight sets.

She was named an ITA Singles All-America, marking the fourth consecutive season the Tigers have had a player earn All-America recognition  – the longest streak in program history.

Bridges, Corley and Richardson also earned degrees from LSU in May. Richardson won a doubles national championship for the Tigers in 2018.