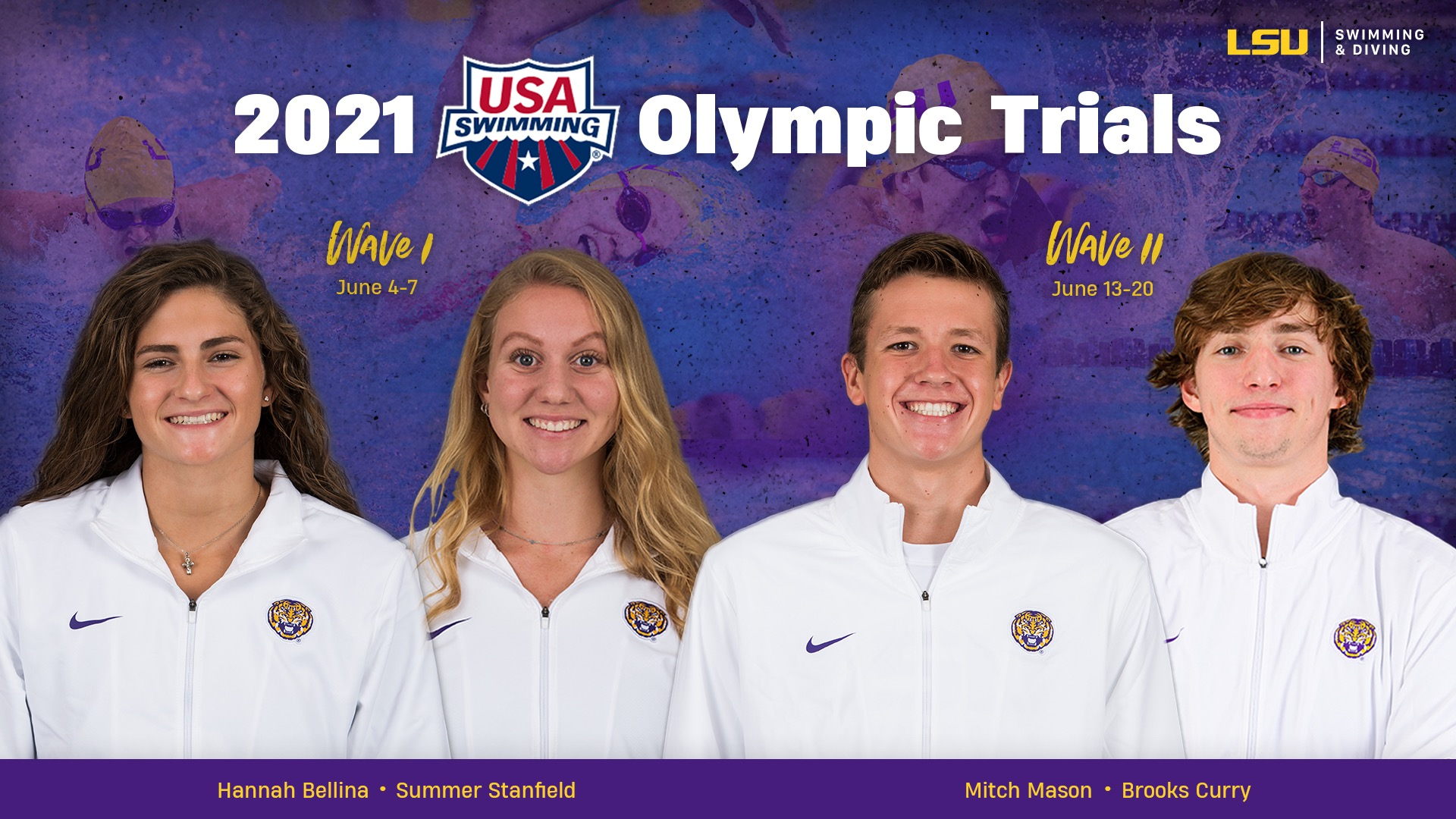 Bellina and Stanfield will compete in Wave I on June 4 and 6 respectively. Bellina qualified for trials with the time of 2:13.80 in the 200 fly. An NCAA qualifier in her first season, Bellina set the third-fastest 200-yard fly time in school history.

Stanfield qualified in the 200 back with a time of 2:14.18. As a sophomore, she set the third-highest 200-yard back time in school history.

Mason earned a spot in Wave II after a qualifying time of 1:01.49 in the 100 breast. In his freshman season, Mason set the record in the 100-yard breast and the second-fastest time in the 200-yard breast. He will compete on June 13.