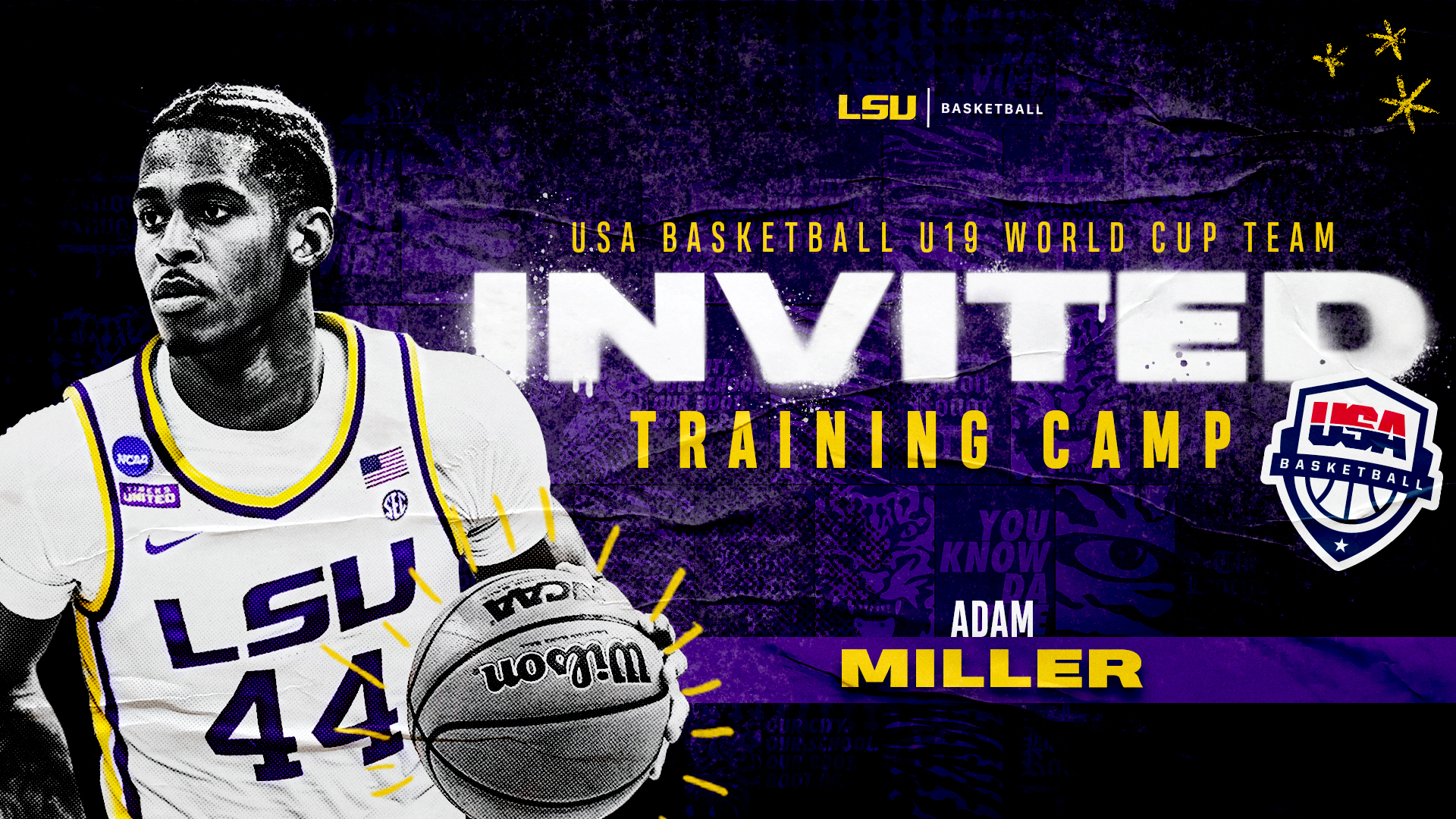 The athletes, age 19 years old or younger, will compete June 20-22 at TCU in hopes of being named to the 12-member team that will represent the USA at the 2021 FIBA U19 World Cup for Men.

Miller is a 6-3 guard who started all 31 games this past season for Illinois before entering the transfer portal and coming to LSU, averaged 8.3 points and 2.8 rebounds as Illinois won the Big Ten Conference Tournament championship and advanced to the NCAA Tournament.

Miller, from Peoria, Illinois, was the No. 5 scorer among Big Ten freshmen and led all Big Ten freshmen with 52 three-pointers. He scored in double figures 13 times, including three-of-five postseason games. He had 10 points in both NCAA contests. In the games against Drexel and No. 17 Loyola Chicago he was a combined 8-of-11 from the field.

Miller set the Illinois freshman debut scoring record with 28 points versus North Carolina A&T. He made 10-of-12 shots against NCAT, including 6-of-8 from behind the arc. Miller posted 18 points, including 16 in the first half against Nebraska on Feb. 25 and had 14 points and a season high seven rebounds vs. No. 21 Ohio State (Jan. 16).

“Aside from the Olympics and World Cups, the FIBA U19 World Cup is the most challenging competition on the international calendar, and it will take a team of dedicated, selfless individuals to go to Latvia and try to win gold,” said Matt Painter, chair of the USA Basketball Men’s Junior National Team Committee and Purdue University head coach. “The committee feels we have a strong group of players coming into camp in June in hopes of securing a spot on the U19 team, and I’m looking forward to watching them fight to be a part of this USA Basketball team.”

Featuring U19 teams from 16 nations, the 2021 FIBA U19 World Cup is scheduled to be held July 3-11 in Riga and Daugavpils, Latvia. In addition to the USA and host Latvia, teams that will take part in this summer’s U19 World Cup include Argentina, Australia, Canada, China, France, Japan, Lithuania, Mali, Puerto Rico, Senegal, Serbia, South Korea, Spain and Turkey.

The USA was drawn into Group D, alongside Australia, Mali and Turkey for the July 3-6 FIBA U19 World Cup preliminary round. The USA will open play against Turkey on July 3, followed by Mali on July 4 and close preliminary play against Australia on July 6.

Reigning FIBA U19 World Cup gold medalist, USA men’s teams have won seven gold medals, three silver medals and one bronze medal while compiling an 98-14 overall record in U19 World Cup play since the event was launched in 1979. Even more impressive, the USA has won four of the past six U19 golds since 2009.

Based in Colorado Springs, Colorado, and chaired by retired Gen. Martin Dempsey, USA Basketball is a nonprofit organization and the national governing body for basketball in the United States. As the recognized governing body for basketball in the U.S. by the International Basketball Federation (FIBA) and the United States Olympic Committee (USOC), USA Basketball is responsible for the selection, training and fielding of USA national teams that compete in FIBA-sponsored five-on-five, 3×3 and esports international competitions, as well as for some national competitions and for the development of youth basketball. USA Basketball currently ranks No. 1 in all five of FIBA’s world-ranking categories, including combined, men’s, women’s, boys and girls.

*Committed to attend and play for school indicated in 2021-22.