BATON ROUGE – Kylie Deberg, a three-time All-American and one of the top players in the SEC, will join the LSU Volleyball team for the Fall head coach Fran Flory announced Wednesday morning. 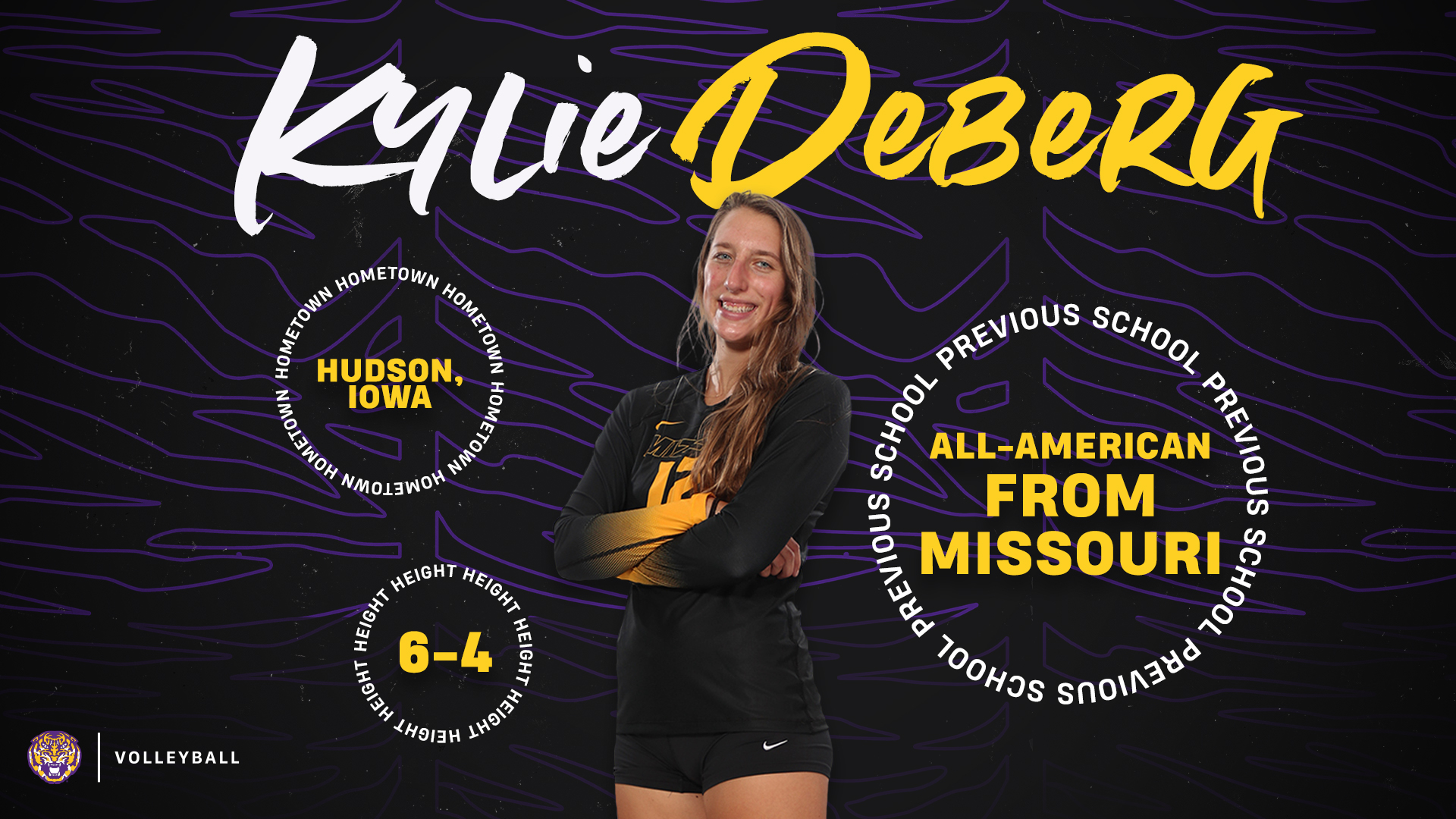 BATON ROUGE – Kylie Deberg, a three-time All-American and one of the top players in the SEC, will join the LSU Volleyball team for the Fall head coach Fran Flory announced Wednesday morning.

Deberg comes to LSU from Missouri where she led the SEC in kills (433), points (505), kills per set (4.76), points per set (5.55) and aces per set (0.46) during the past season. She ranked third in the country in total kills, points and aces, sixth in kills per set and fifth in points per set. Deberg also eclipsed the 20-kill mark in 10 matches last season and compiled eight double-doubles in the shortened year.

“She certainly changes the complexion of our team and the opportunities we have for the fall,” Flory said. “I don’t know that there are many other players that have impacted their teams in the last three years like Kylie has.

“Our team is excited and we’re excited to help her get a little bit better and train her and hopefully perform at a super high level and have a chance to do something special by the end.”

The addition of Deberg alongside Taylor Bannister, who is back for one more season, means that LSU’s roster will feature two All-Americans, a couple of the most potent offensive threats in the SEC. Bannister finished just behind Deberg in the SEC this season at No. 2 in kills (385), kills per set (4.38), points (450) and points per set (5.11).

Deberg spent three seasons at Missouri where she evolved into becoming one of the conference’s premier players as a three-time All-SEC selection. She holds multiple career records at Missouri in kills per set (4.31) and points per set (5.11). She also finished ninth in career kills at Missouri (1,382), third in service aces (150) and ninth in total points (1,639.5) despite only being there for three seasons, having played her freshman season at Illinois.

The Hudson, Iowa native also brings a good amount of postseason experience to LSU’s roster having played in the past three NCAA Tournaments with Missouri. Deberg averaged 5.50 kills per set and had a .338 hitting percentage in six NCAA Tournament matches during her Missouri career.

“We’re fortunate that she had already planned to come here and play beach,” Flory said. “As Louisiana says, it’s just lagniappe that she’s going to compete for us.”

March 2022 CCACSA Student-Athletes of the Month

March 2022 CCACSA Student-Athletes of the Month