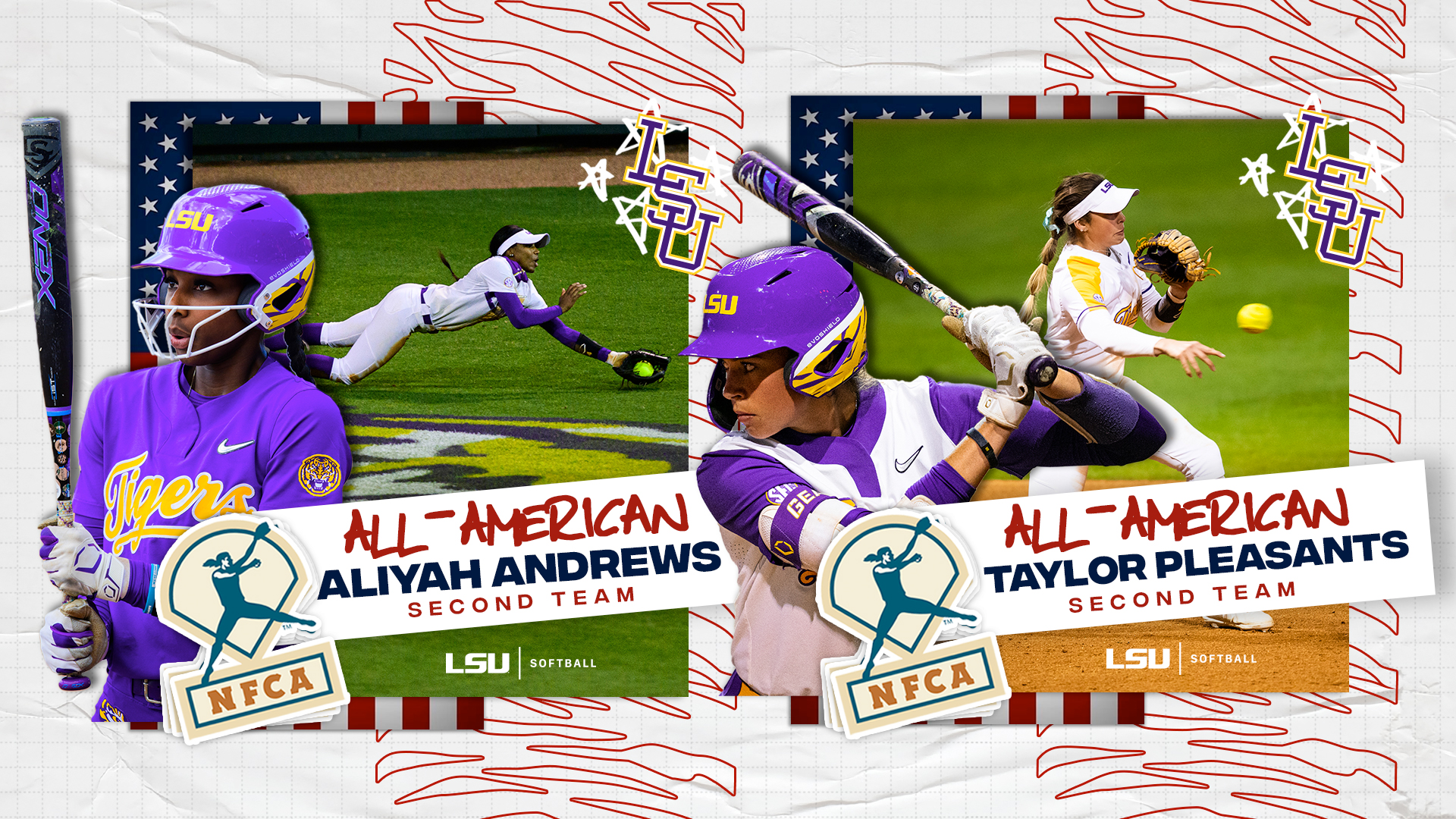 The honor marked the first for both Andrews and Pleasants. It’s the 39th and 40th in program history and 11th and 12th on the second team. Twenty LSU players have now earned All-America honors under head coach Beth Torina, who just finished her 10th season as the leader of the Fighting Tigers.

Andrews finished her career with 289 hits, 145 stolen bases and 268 games played, which are the third, second and fifth most in school history. The fifth-year senior was well known for her jaw-dropping catches in center field, which were featured on SportsCenter Top 10.

The Oldsmar, Florida, native was a force at the plate in the leadoff spot for LSU. She led the team in batting average at .365, hits with 70, runs with 46, stolen bases with 27 and on base percentage at .419. In 2021, Andrews hit two home runs with one going over the fence and the other an inside the park.

Pleasants was one of three LSU players to start every game in 2021. The Tigers’ starting shortstop was third on the team in batting average, second in runs, third in hits and the team leader in RBI with 59 and home runs with 13. She joins Bianka Bell (2015, first team) and Tar Asbill (2000, third team) as the only players in LSU history to be named an All-America at shortstop.

The 2021 season came to an end for the Tigers in the Baton Rouge Super Regional. LSU completed the most grueling schedule on record to earn the No. 7 overall national seed, which marked the second highest in school history.