BATON ROUGE – LSU Volleyball’s Taylor Bannister was named the LSWA Player of the Year and Karli Rose earned a spot on the All-Louisiana Second Team. 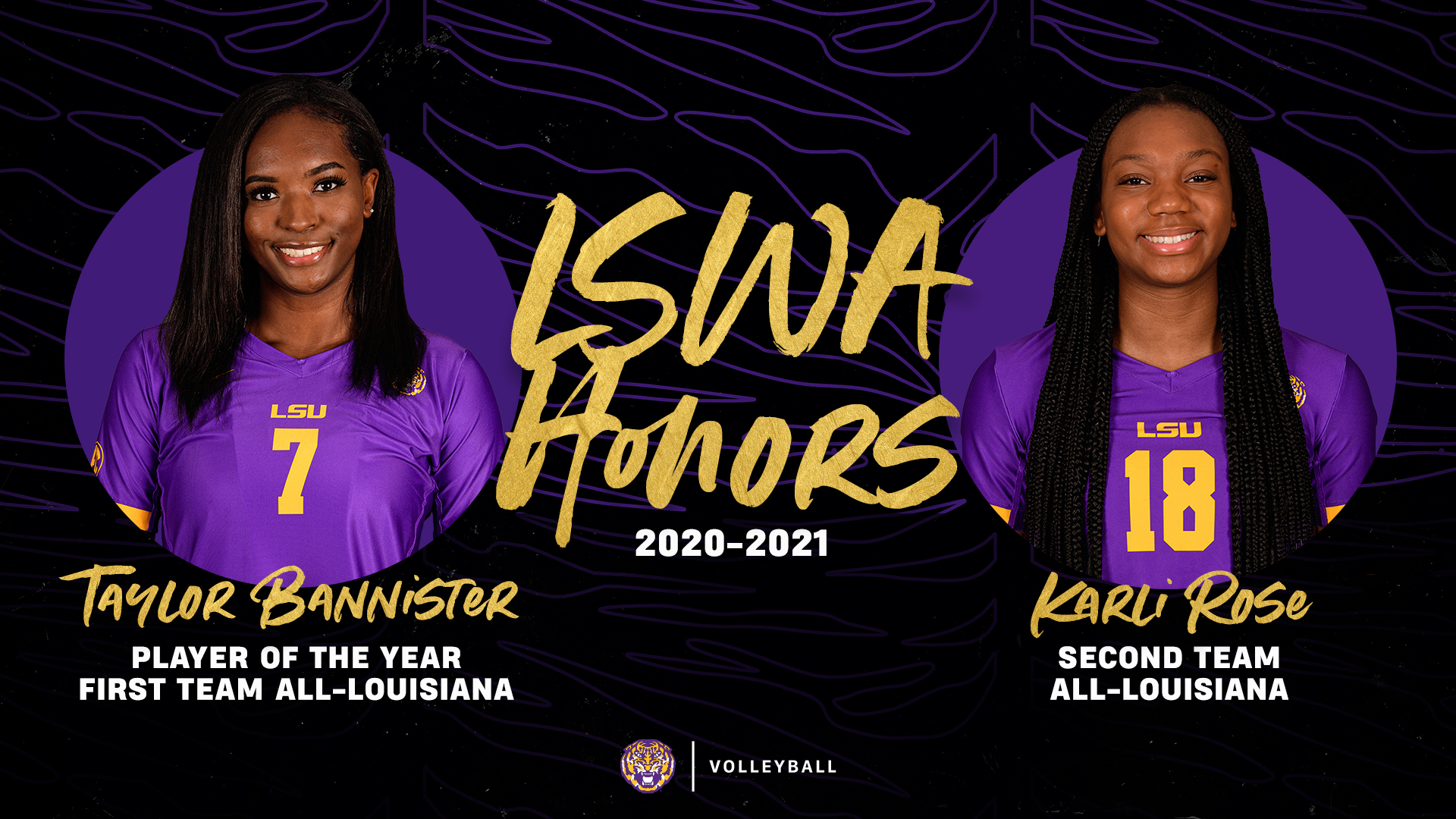 BATON ROUGE – LSU Volleyball’s Taylor Bannister was named the LSWA Player of the Year and Karli Rose earned a spot on the All-Louisiana Second Team.

After being named to the All-SEC team and AVCA All-South Region Team, this is the third postseason award for Bannister. The Tigers’ right-side was previously named the 2017 LSWA Freshman of the Year, the 2018 Player of the Year as well as first-team LSWA honors in 2019. This is the first postseason honor this season for Rose after pacing LSU as the Tigers’ setter throughout the season. In 2019 she was named the LSWA Freshman of the Year.

Throughout the season that spanned the fall and spring Bannister was dominant. She finished the year with 385 kills in 88 sets to average 4.38 kills per set, the second highest mark in the SEC. Her 5.11 points per set were also the second most in the league.

Rose has paced the offense for the Tigers effectively the past two seasons. This year she led LSU with 10 double-doubles with assists and digs. Rose finished the season with 9.52 assists per set (1,800 total assists) for the seventh most in the SEC.

On February 22, Rose was named the SEC Setter of the Week when she averaged 12.12 assists per set over two matches against Arkansas. She had a season-high 54 assists in the latter of the two matches as well as 13 digs.

Rose closed the season out strong, finishing with double-doubles in four of LSU’s final five matches.

Rose proved to be effective attacking as well from time to time, oftentimes catching the defense off guard as she would attack on the second set, changing the pace of the game with 53 total kills. She also added 24 blocks at the net.