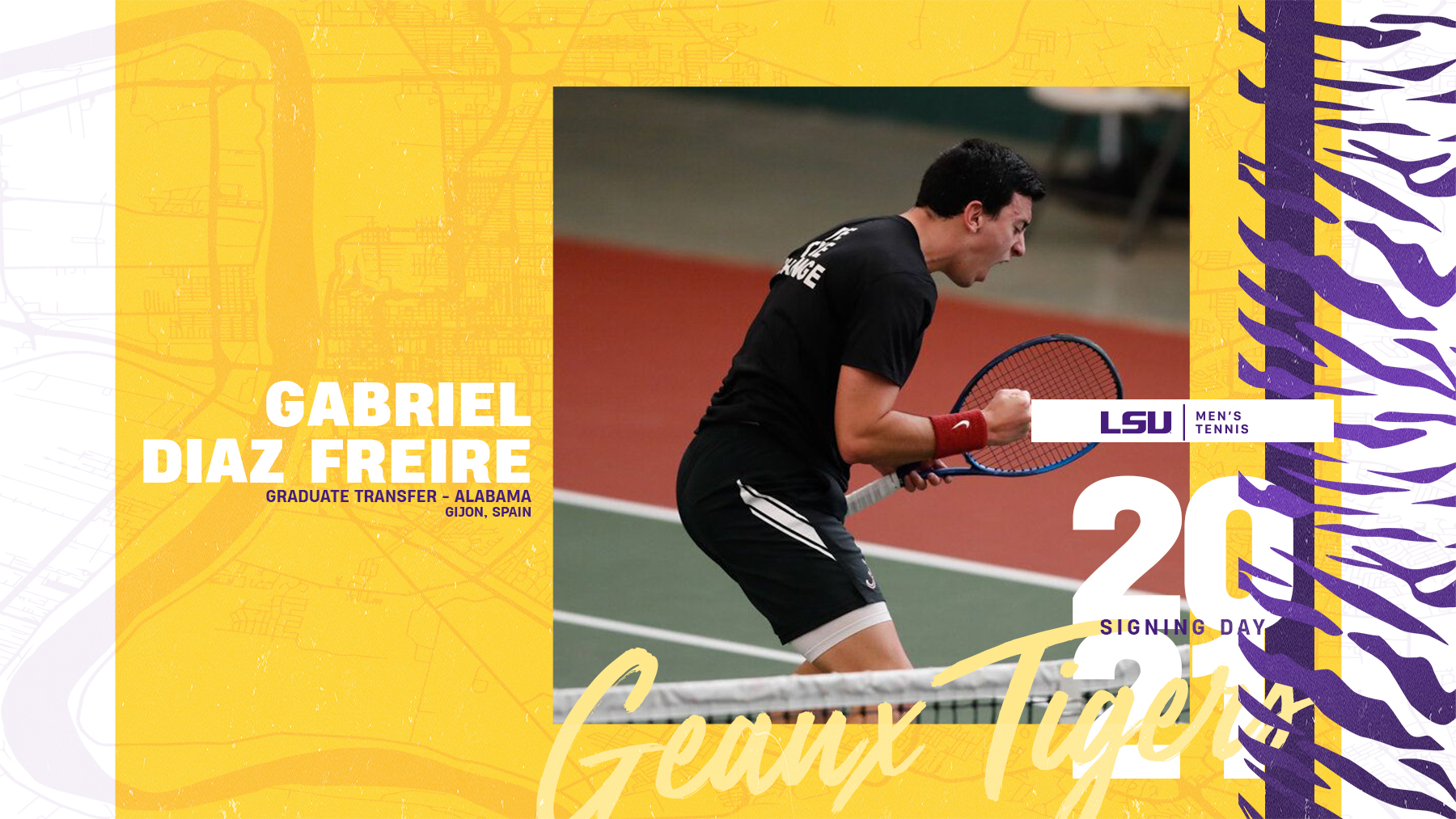 The Gijon, Spain native spent last season as a member of the Alabama Crimson Tide. He previously played at Loyola Marymount from 2016 to 2018 then at Clemson from 2018 to 2020.

In his two years at Loyola Marymount, Friere racked up 29 singles wins, and 23 doubles wins as LMU’s No. 1. He was All-WCC Second Team Singles and All-WCC First Team Doubles.

At Clemson, Freire played No. 1 for singles and doubles. He compiled a 13-9 record singles record and a 14-8 doubles record.

Prior to Freire’s collegiate career, he competed on the Pro Futures Tour and earned an ATP ranking of 1591.

Freire will bring a seniority factor to a relatively young LSU team, where four of the six starters were in their first or second year. “Gabi is a fierce competitor who brings a lot of maturity and experience to a young team,” said co-head coach Chris Brandi. “He’s been through the grind of an SEC season and won a lot of dual matches over the course of his career,” said Brandi.