BATON ROUGE – The No. 7 LSU softball (35-22) fell short in game two of the Baton Rouge Super Regionals Friday night to No. 9 Florida State 4-3 in nine innings. Check back later for a full game recap. 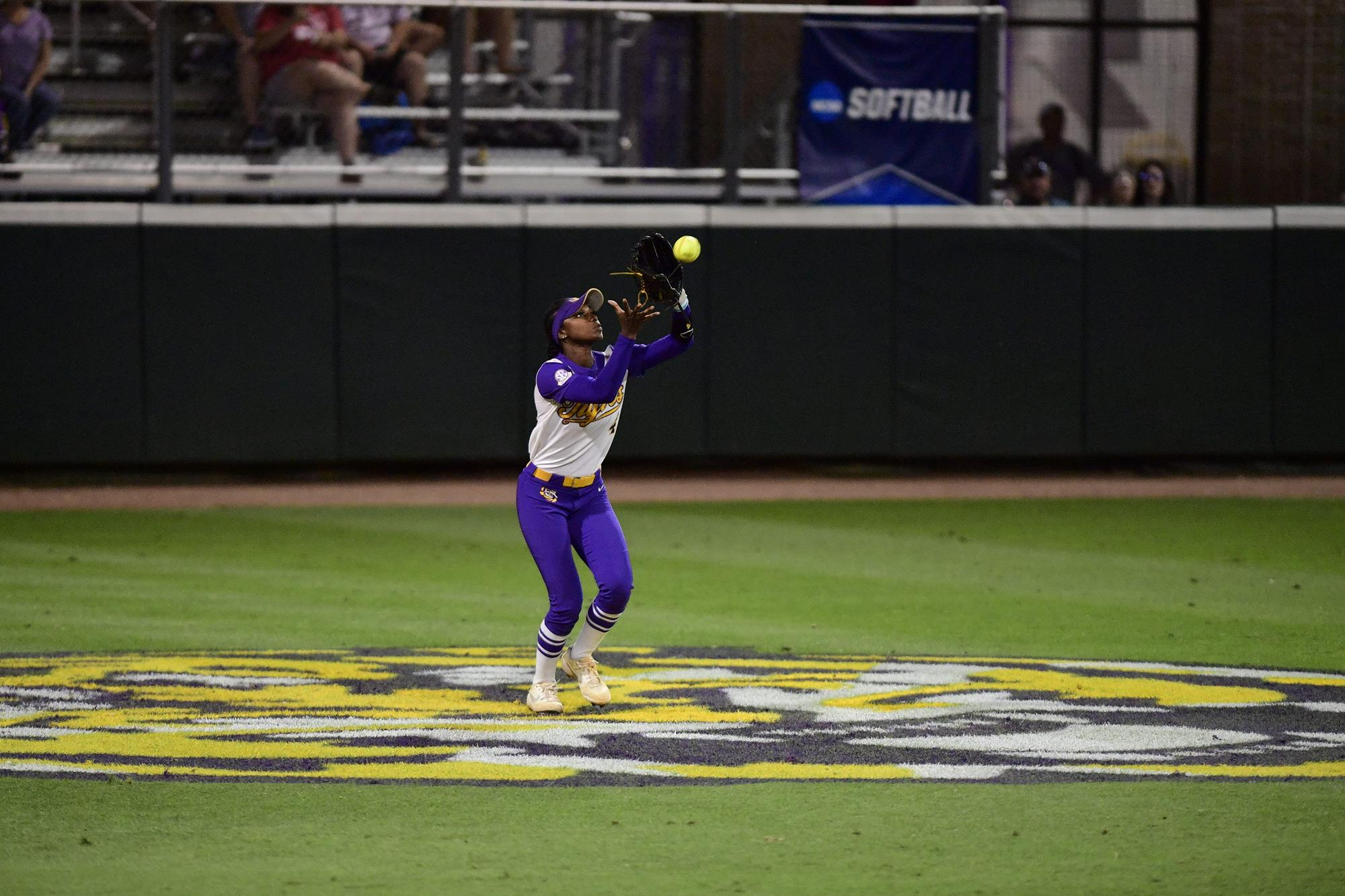 BATON ROUGE – The No. 7 LSU softball team’s 2021 season ended at the hands of Florida State, 4-3, in nine innings in game two of the NCAA Baton Rouge Regional Friday night at Tiger Park.

The Tigers’ season ended at 35-22 overall. It marked the end of the careers of LSU’s five seniors – Aliyah Andrews, Taryn Antoine, Amanda Doyle, Maribeth Gorsuch and Akiya Thymes. Andrews finished with 289 hits, 145 stolen bases and 268 games played for her career, which are the third, second and fifth most in school history.

“I am as proud today as any day to be the coach of the LSU Tigers,” Head Coach Beth Torina said. “I am not emotional because we lost. I am emotional because of this senior class and what they’ve been through. This team has been through so much adversity and still played a game like this. I am proud of this team and proud to lead this team.

“I know for sure though that when our team is in this spot again that we will win. We had kids in these crucial spots tonight that have never been here. They’ll never do these things wrong again. I feel confident in our players. This will fuel them, and they will go to work. Next time we are in this spot, we will win. I a confident about that.”

The Seminoles improved to 44-10-1 and advanced to the Women’s College World Series with the victory.

Ali Kilponen (15-9) was charged with the loss. She pitched 8.1 innings and allowed four runs on eight hits.

FSU’s Danielle Watson (10-1) earned the win in relief. She pitched 4.2 innings and gave up one run on three hits.

It was a scoreless game until the fourth inning lifted a two-run home run to left field to give the Tigers a 2-0 lead.

The Seminoles chipped away at the lead. With a runner on second, Elizabeth Mason singled up the middle to make it a 2-1 game. They tied the game in the seventh on a passed ball with one out.

Taylor Pleasants gave LSU the lead in the eighth on a solo home run to left field.

FSU matched in the bottom of the eighth with a solo home run of their own by Mason.

The Seminoles had two runners on with one out in the bottom of the ninth after a single up the middle and walk. Kiersten Landers singled down the left field line to punch FSU’s ticket to Oklahoma City.