Softball Falls Short in Game One of Super Regional

BATON ROUGE – The No. 7 LSU softball team (35-21) fell in game one of the Baton Rouge Super Regional to No. 10 Florida State (43-10) 1-0 Thursday night. The Tigers will face off with the Seminoles again tomorrow night at 6 p.m. check back later for a full game recap. 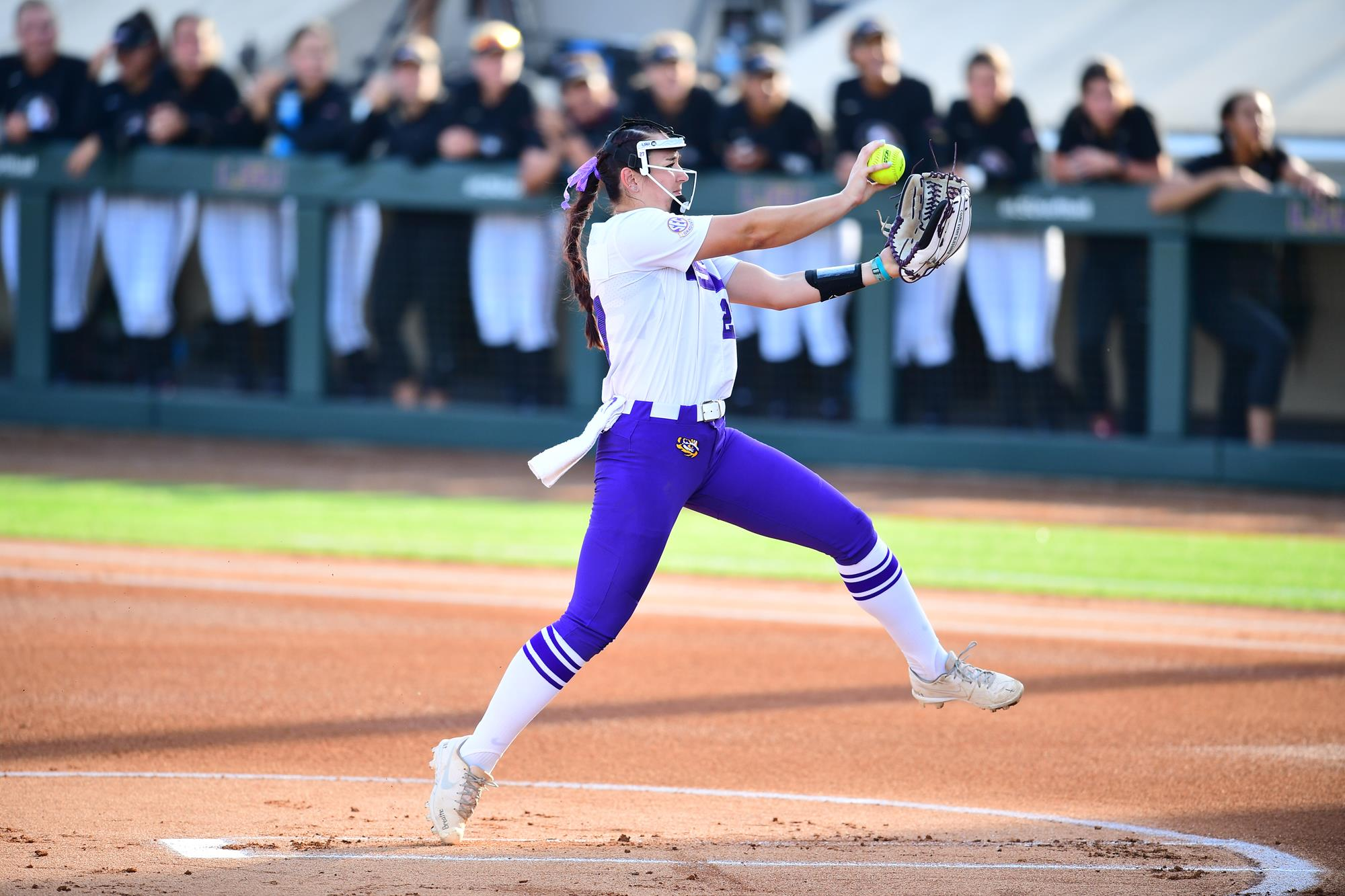 BATON ROUGE – The No. 7 LSU softball team fell in game one of the Baton Rouge Super Regional to No. 10 Florida State, 1-0, in front of more than 2,300 fans at Tiger Park Thursday night.

The Tigers (35-21) will play to fight off elimination against the Seminoles (43-10-1) at 6 p.m. CT Friday on ESPN2. LSU will need to win the two remaining games of the super regional to advance to the Women’s College World Series.

“We couldn’t get that timely hit today and just couldn’t seem to get a break,” Torina said. “I thought both pitchers threw really nice games. We came in today needing to win two games, and we’re still in the exact same spot.”

Florida State’s Kathryn Sandercock pitched a two-hit shutout against the Tigers to move to 24-2 on the year. She struck out two and walked one on 87 pitches.

Shelbi Sunseri was charged with the loss to move to 11-7 overall. Sunseri allowed just one run on six hits and struck out three.

FSU’s lone run game in the sixth inning. Sydney Sherrill led off the inning with a single and moved to third on a single by Kalei Harding. Sherrill plated the game-winning run on a sac fly to right field by Cassidy Davis.