BATON ROUGE – LSU’s season-opener against UCLA at the Rose Bowl will be televised on FOX and will kickoff at 7:30 p.m. CT, the Southeastern Conference announced on Thursday. 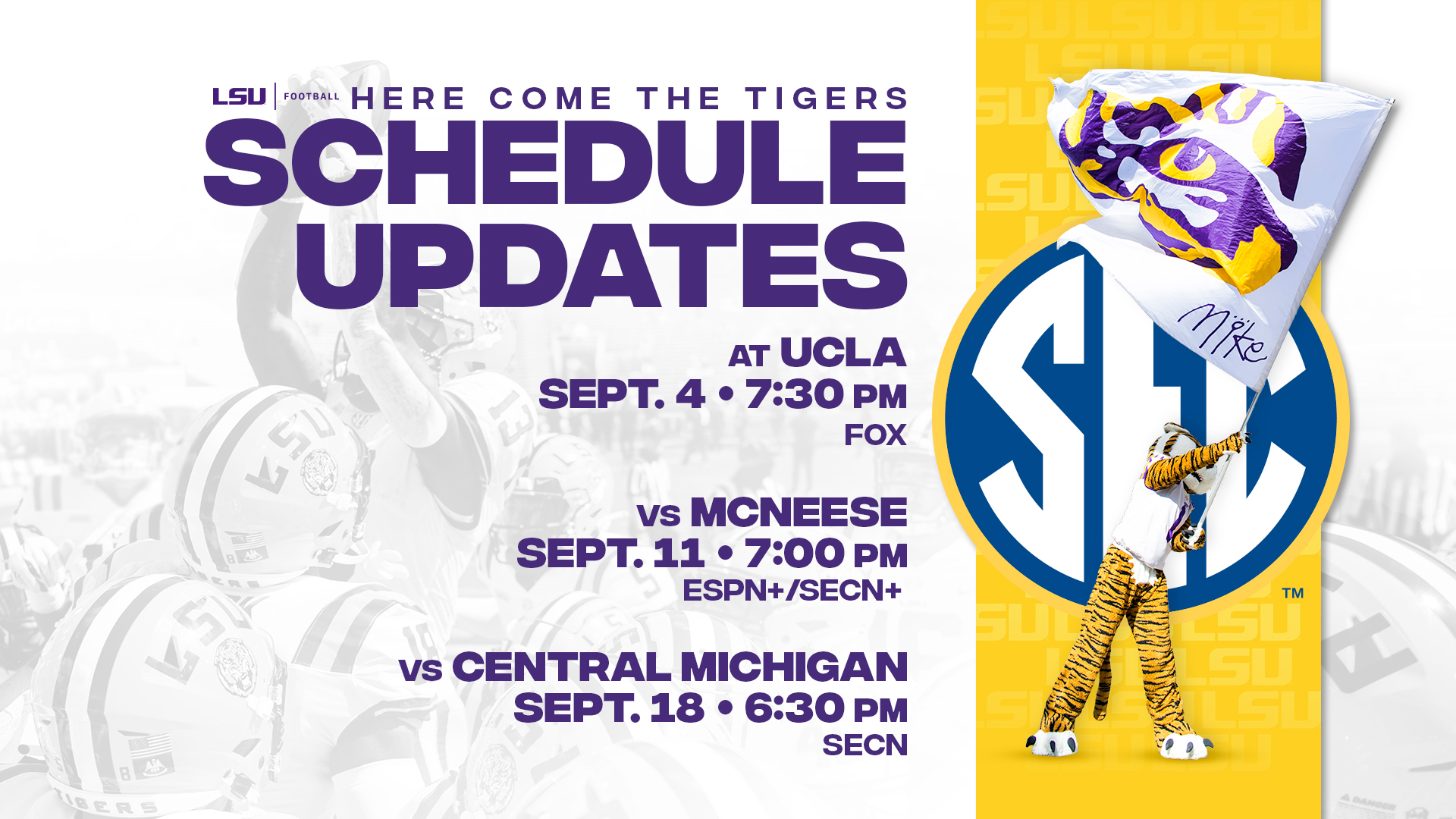 BATON ROUGE – LSU’s season-opener against UCLA at the Rose Bowl will be televised on FOX and will kickoff at 7:30 p.m. CT, the Southeastern Conference announced on Thursday.

The UCLA contest will be the first matchup on the gridiron between the programs, and it will also mark the first contest for the Tigers in the historic Rose Bowl in Pasadena, Calif.

In week 2, LSU hosts McNeese for its home opener at 7 p.m. CT on the ESPN+/SEC Network+. The Cowboys are coached by former LSU assistant Frank Wilson and feature Cody Orgeron, the son of LSU head coach Ed Orgeron, as their starting quarterback. The McNeese game will be the third meeting between the programs.

The SEC Championship Game will be televised on CBS at 3 p.m. CT on Dec. 4 in Atlanta.

More About SEC Football on ESPN+
A number of non-conference games, but no more than one per year per school, will appear on ESPN+ as part of the SEC’s recently announced media rights agreement with The Walt Disney Company. The home institution has the benefit of determining the start time in a non-exclusive broadcast window for all games carried on a digital platform. This year, those contests will also air on the SEC Network+ digital platform. Both streams are accessible in the ESPN app via connected devices. Nine such contests will air the opening three weeks of the 2021 season, with additional games to be added throughout the season via the normal in-season selection process.

* All times Central and subject to change