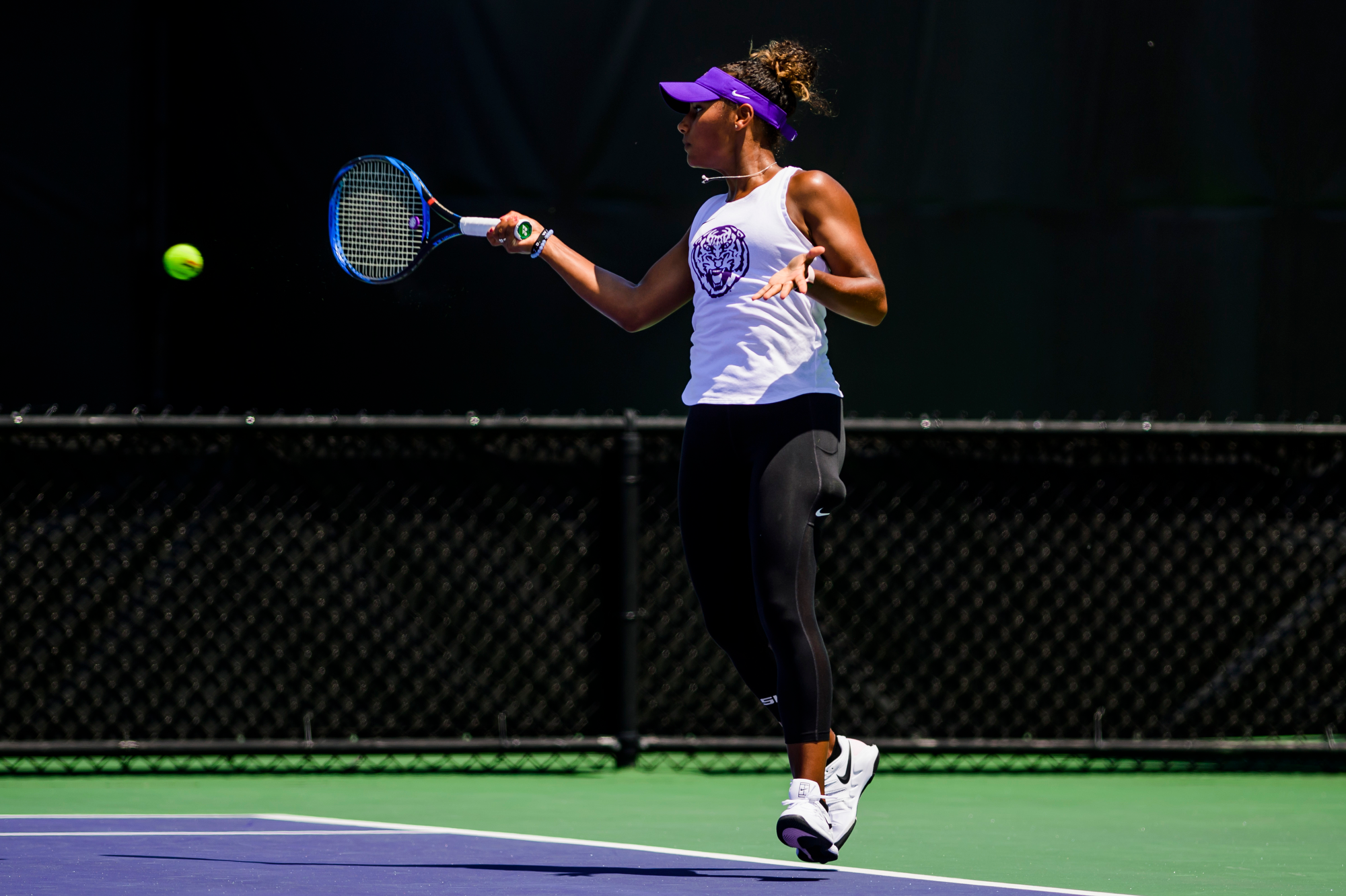 With the defeat, Corley finishes her final season in Purple & Gold with a 22-5 record and earns a spot on the 2021 ITA Singles All-American team, while Navarro moves on to the Final Four round tomorrow.

“We’re blessed to have had Paris in our program for the past three seasons,” co-head coach Michael Sell said. “For her to end her career with a strong run in the NCAA Singles Tournament, beating some of the best players in college tennis, is amazing. She embodies everything you want in a tennis player and a human being, and the individual success she had to end a season of strong leadership is nothing but deserved.”

Corley took an early 1-0 lead in the second set before Navarro replied with a strong second game to tie it at 1-1. Navarro won the next game and took a 2-1 and didn’t look back as she ran the table to win the next four games and clinch the set with a 6-1 win and book her spot in tomorrow’s Final Four round.