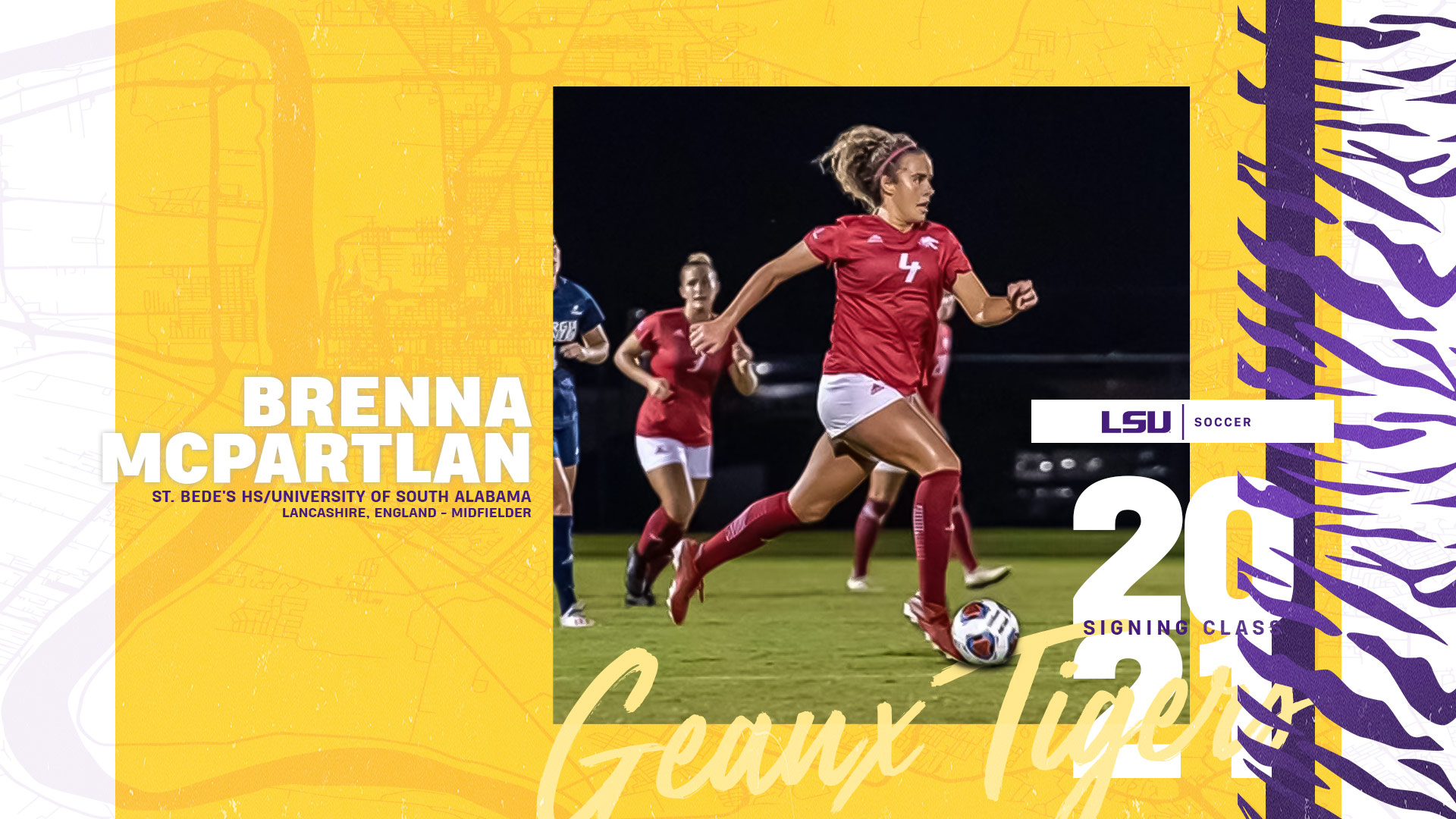 “Brenna is a player with exceptional technique and confidence on the ball,” Hudson said. “Her composure in possession and tactical awareness as a deep lying playmaker, will enable her to dictate the tempo of the game for us and fit perfectly with our game model. Brenna’s passing range, aerial ability and goal scoring capabilities are all outstanding traits and we have full belief that she will make an instant impact on our team”

McPartlan heads west to Baton Rouge after playing the last three seasons at South Alabama; she will have two seasons of eligibility left. The 2018 Sun Belt Freshman of the Year, McPartlan has led the Jaguars to two straight Sun Belt Conference titles while tallying a total of 55 points via 21 goals and 13 assists over the past three seasons. Ten of her 21 career goals have gone down as game winners.

A midfielder, McPartlan has been named to the All Sun Belt Team three times, including first team honors in 2018 and this season. She was also named to the United Soccer Coaches Southeast All-Region Third team on May 12, 2021.

She has loads of collegiate experience as she has played in and started all 65 games of her collegiate career. She scored three goals during South Alabama’s three-game run to the 2020 Sun Belt championship at the conference tournament that earned the Jaguars a berth into the NCAA Tournament. She had a career year in 2020-21 with career highs in goals (11) and assists (9) for a team leading point total of 31. She also led the Sun Belt in all three of those categories this season, and the 11 goals scored this season ranked seventh in the NCAA.

A native of Lancashire, England, McPartlan brings a wealth of soccer knowledge and experience along with her. A multisport athlete at St. Bede’s High School in England, she captained Manchester City’s U19 squad and led the team to the 2017-18 league and FA Cup titles.