Four Georgia pitchers combined to limit LSU to one run on seven hits Tuesday, as the Bulldogs posted a 4-1 win over the Tigers in the first round of the SEC Tournament in Hoover Metropolitan Stadium. 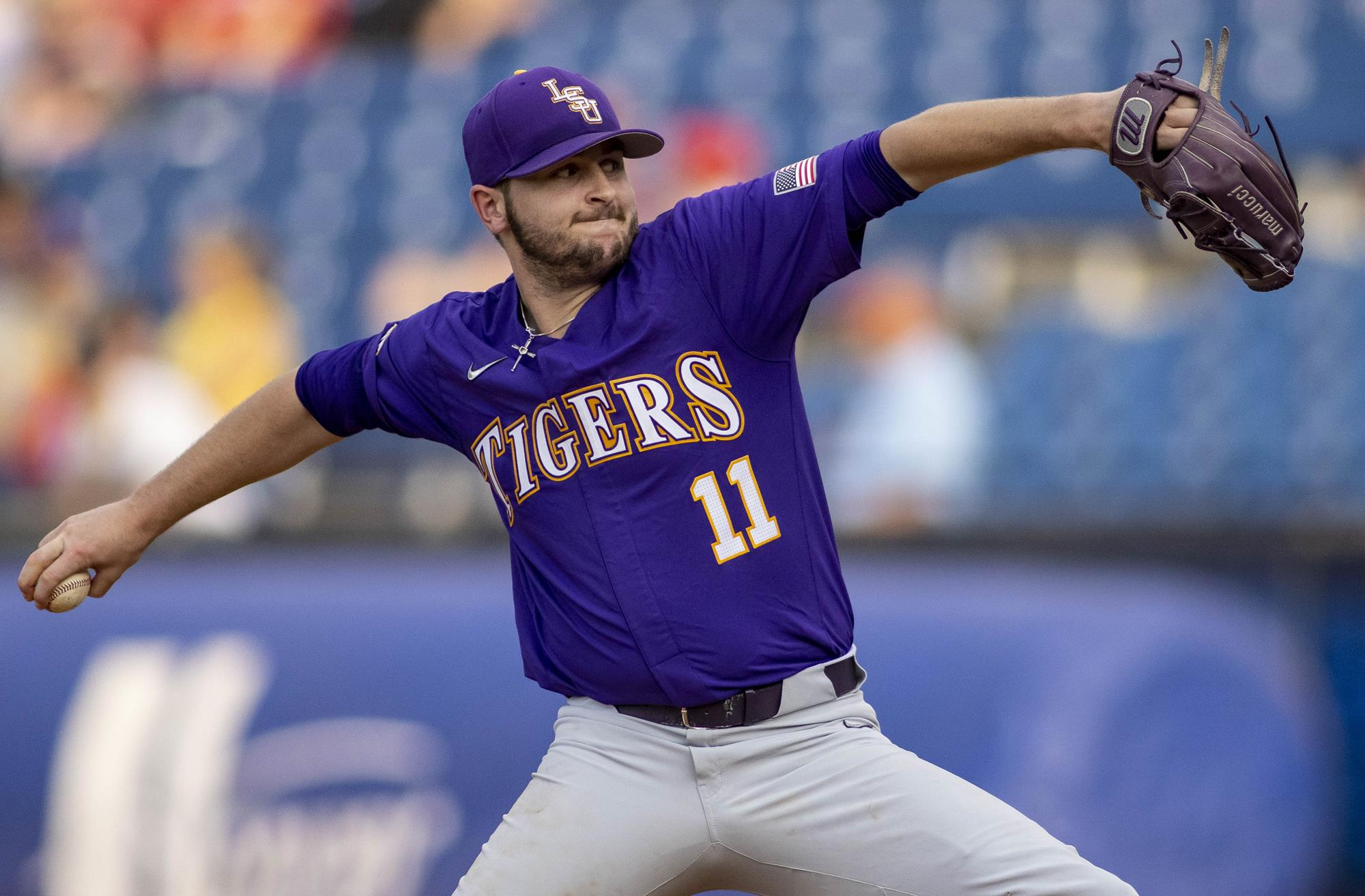 HOOVER, Ala. – Four Georgia pitchers combined to limit LSU to one run on seven hits Tuesday, as the Bulldogs posted a 4-1 win over the Tigers in the first round of the SEC Tournament in Hoover Metropolitan Stadium.

Left-hander Jaden Woods (4-1) earned the win as he entered the game in the fourth inning and worked 3.2 shutout innings, allowing no hits with no walks and five strikeouts.

Reliever Jack Gowen picked up his first save of the season by retiring LSU in order in the top of the ninth inning.

“It’s a tough loss for us,” said LSU coach Paul Mainieri. “I give a lot of credit to Georgia, especially their pitching. They ran three really good left-handers out there against us today, and obviously we couldn’t do much with them. We had an opportunity in the first inning, bases loaded, nobody out, and we were only able to get one run out of it. That really was kind of the story of the game.”

LSU starter Landon Marceaux (6-5) was charged with the loss despite recording the first complete game of his collegiate career. Marceaux allowed four runs in the first inning, but then blanked Georgia over the final seven innings of his outing. He fired 97 pitches in eight innings, allowing four runs on nine hits with three walks and nine strikeouts.

“I was really proud of Landon Marceaux,” Mainieri said.  “Unfortunately, he pitched his heart out, and we weren’t able to give him the run support. He’s pitched like that all year for us, just pitched so courageously and with just a warrior mentality.”

All of the game’s scoring occurred in the first inning — LSU took a 1-0 lead in the top of the first when first baseman Tre’ Morgan singled, moved to second on a single by rightfielder Dylan Crews, advanced to third when leftfielder Gavin Dugas was hit by a pitch and scored when third baseman Cade Doughty grounded into a double play.

Georgia responded with four runs in the bottom of the first inning, as the outburst was highlighted by a three-run double by leftfielder Chaney Rogers.