Orlando, Fla. – LSU Women’s Tennis senior Paris Corley grabbed her 22nd win of the season with a straight set win over Auburn’s Selin Ovunc to advance to the quarterfinal round of the 2021 NCAA Singles Tournament on Tuesday afternoon at the USTA Campus. 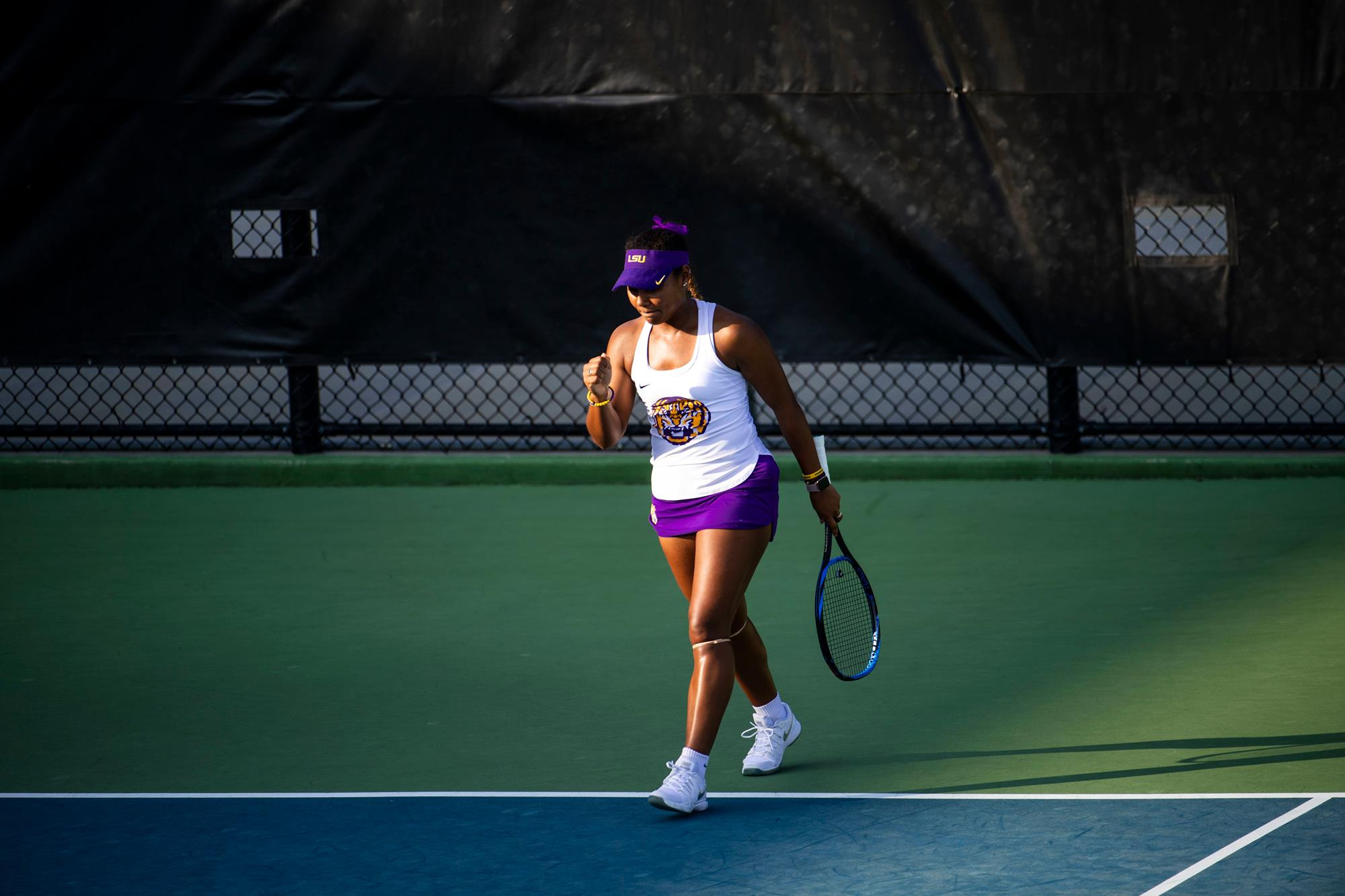 Orlando, Fla. – LSU Women’s Tennis senior Paris Corley grabbed her 22nd win of the season with a straight set win over Auburn’s Selin Ovunc to advance to the quarterfinal round of the 2021 NCAA Singles Tournament on Tuesday afternoon at the USTA Campus.

“That was one of her best matches of the season,” co-head coach Michael Sell said. “To do it at such a big stage like the Round of 16 just adds prestige to it. It goes to show how with each win she continues to get, her confidence continues to increase. Now she’ll look to carry that confidence and stride into tomorrow’s match.”

The first set opened with close competition, as neither player could pull away from the other. The two traded games back and forth until Ovunc took a 4-3 lead after seven. Corley grabbed the next game to tie it at 4-4 and didn’t look back as she won the next two and secured a 6-4 first set victory.

Using momentum from how she finished the first set, Corley went on to dominate the second. She controlled the tempo of the set and didn’t look off as she blanked Ovunc, 6-0, to clinch the straight set win and book her spot in the quarterfinals.

“Facing a tough SEC opponent today in Ovunc wasn’t easy,” Corley said. “I’m very blessed and excited to be at this point in the tournament. It’s an honor to continue to represent LSU and fight every day to advance to another round.”

Corley will take on Virginia’s Emma Navarro in the quarterfinals at 11 a.m. CT on Wednesday, May 26.

Navarro enters the match 22-1 and is the No. 3 seed in the tournament. She’s had a stellar year playing at the No. 1 spot for the Cavaliers, with her only defeat coming against 2019 NCAA National Champion Estela Perez-Somarriba in three sets. Navarro’s success in the regular season saw her named ACC Freshman of the Year and given a spot on the All-ACC First Team.