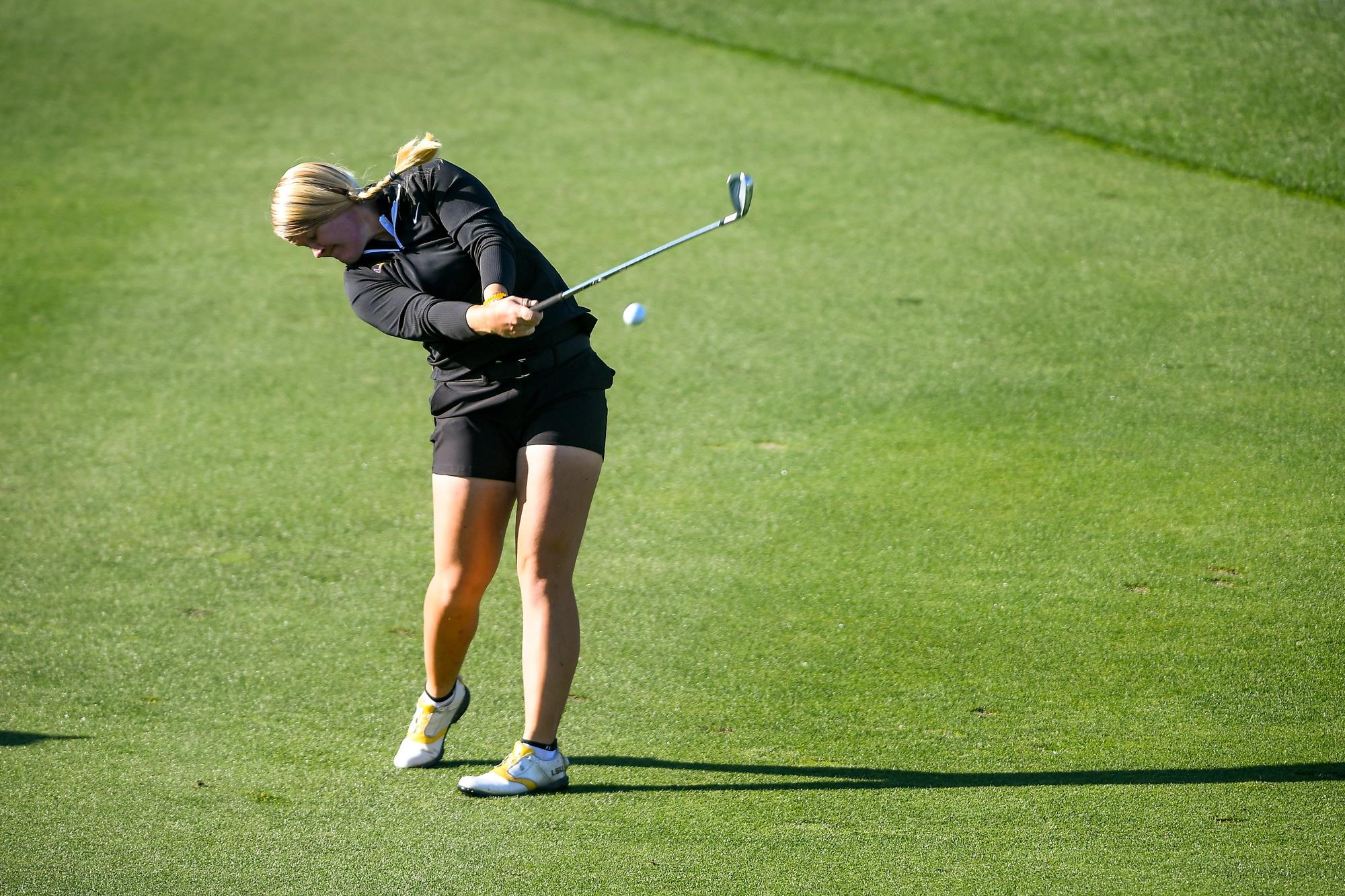 The Tigers posted their best round of the tournament and their second best 72 hole NCAA Tournament in program history, but after four rounds they finished just one shot out of the top eight that advanced to match play on Tuesday.

LSU posted 22-over and was coming off the course hoping they still had a chance. Wake Forest and Arizona hit a bad spot and suddenly LSU and Arizona were tied for the final advancing spot.

But Arizona quickly dropped two birdie putts to move above LSU and with Arizona State already finished at +21, Arizona held its position and a late double bogey dropped Florida State into a tie for ninth with LSU.

“The ladies played great. They did what they needed to do,” said Coach Garrett Runion. “We had our best round of the week when we had to, to give ourselves an opportunity. I think we had the fifth lowest round of the day. That’s golf. We hit 1,174 shots and it comes down to one. That’s one thing I’ve been preaching to our team. I told them, remember this feeling over the summer and the fall and next spring. Use it as motivation to keep working hard and be ready for next year.”

Early on it appeared LSU would easily make up the three shots it trailed eighth place as the Tigers took full advantage of playing the easier back nine first with 11 birdies. LSU stood at 3-under on the round at the turn and at +17 on the tournament, inside the top eight.

But with four holes on the front nine playing as the toughest on the course, the Tigers found a little trouble, mainly on the par 4 third hole. But at the same time there were important lengthy putts to save pars that were keeping LSU in the top eight.

Sophomore All-American Ingrid Lindblad had her best round of the tournament at the end, making six birdies to post 2-under 70. She moved up 26 spots in the final standings to finish at 7-over 295.

“I started off and missed the green on 10 and made a great up and down for par,” Lindblad said after the round. “Then I just hit it close on 11, 12, 13 and 14 (all birdies). Overall, I feel like I hit better putts. The other days I’ve just been missing a touch short and having a tap in but today I got the putts to the hole and gave myself a chance.”

“The team did so many great and amazing things this year,” said Coach Runion. “It doesn’t feel like it when you don’t have a trophy at the end to show for it. They should be very proud of themselves. I know I’m proud of them. We’ve got some sad girls over there but that’s just because they care. They want to win.”