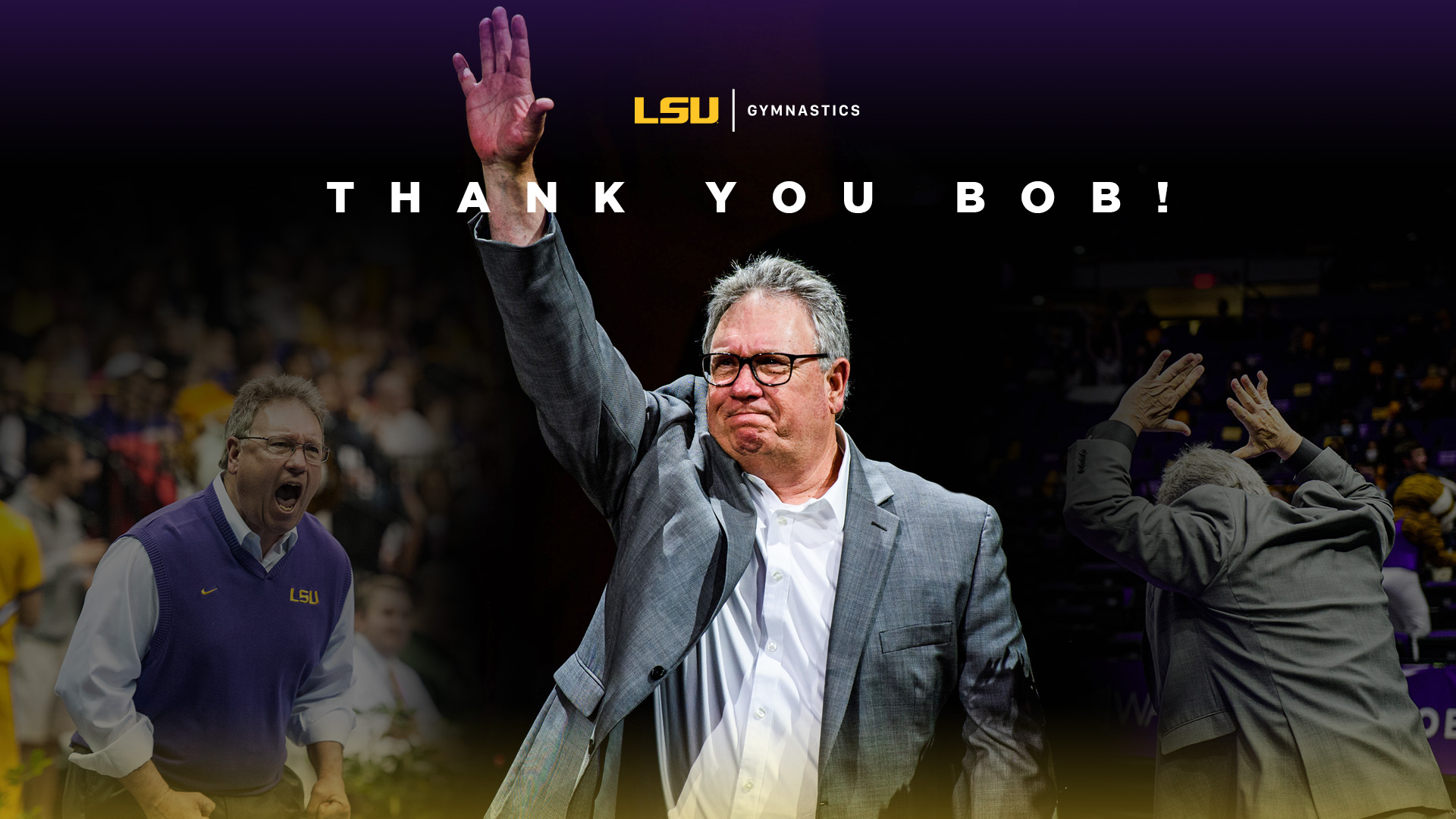 “What a ride it’s been,” Moore said. “I have been so blessed to work with such incredible young women over the years. They have taught me so much and all of them are like daughters to me. I am so thankful for Jay and his friendship over the years. It’s been quite the journey to get here. The next chapter will include more fishing and spending time with my wife, Sandra, and precious grandkids.”

Moore has spent the last 22 seasons with the Tigers. In that span, Moore’s vault teams have been the most consistent in the nation with top-10 finishes in the national rankings in 17 of 22 seasons. Thirteen vault lineups have finish in the top five in the nation and in 2013, 2014, 2016 and 2017 finished No. 1 in the nation.

“It has been a pleasure to work with Bob over these last nine years,” LSU Head Coach Jay Clark said. “Beyond coaching, he truly is a great friend. Those who know him know his warmth and kindness to others is second to none. He will be missed daily, however we know he will remain present as a resource and confidant to us all. His years of service and tremendous success with this program should be celebrated, and I look forward to honoring his hall of fame career in the coming weeks and months.”

Susan Jackson, Ashleigh Clare-Kearney and Ashleigh Gnat all finished as the nation’s top performer on vault during their careers. Haleigh Bryant, Kennedi Edney, Rheagan Courville, Jackson and Clare-Kearney won NCAA individual titles on vault under Moore at LSU. Bryant and Edney took the title as freshmen and Edney and Courville won the top honor twice during their careers.

Prior to joining the LSU staff in 2000, Moore spent five years as an assistant at Auburn and six at the University of Florida. He coached two NCAA champions as well as numerous all-Americans and SEC champions.

A native of Birmingham, Alabama, Moore graduated from Samford University in 1976 with a degree in general studies with an emphasis in music. Bob is married to the former Sandra Ballard, and “Pops” and “Momme” are the proud grandparents of Brayden, Isabella, Sophia, Trey, Brooklynn, Lyla and Maggie.