Corley Advances, Bridges Falls in First Round of NCAA Singles

Orlando, Fla. – LSU Women’s Tennis senior Paris Corley advanced to the second round of the 2021 NCAA Singles Tournament with a grinding three set win over Xavier’s Ahmeir Kyle on Sunday afternoon at the USTA Campus. 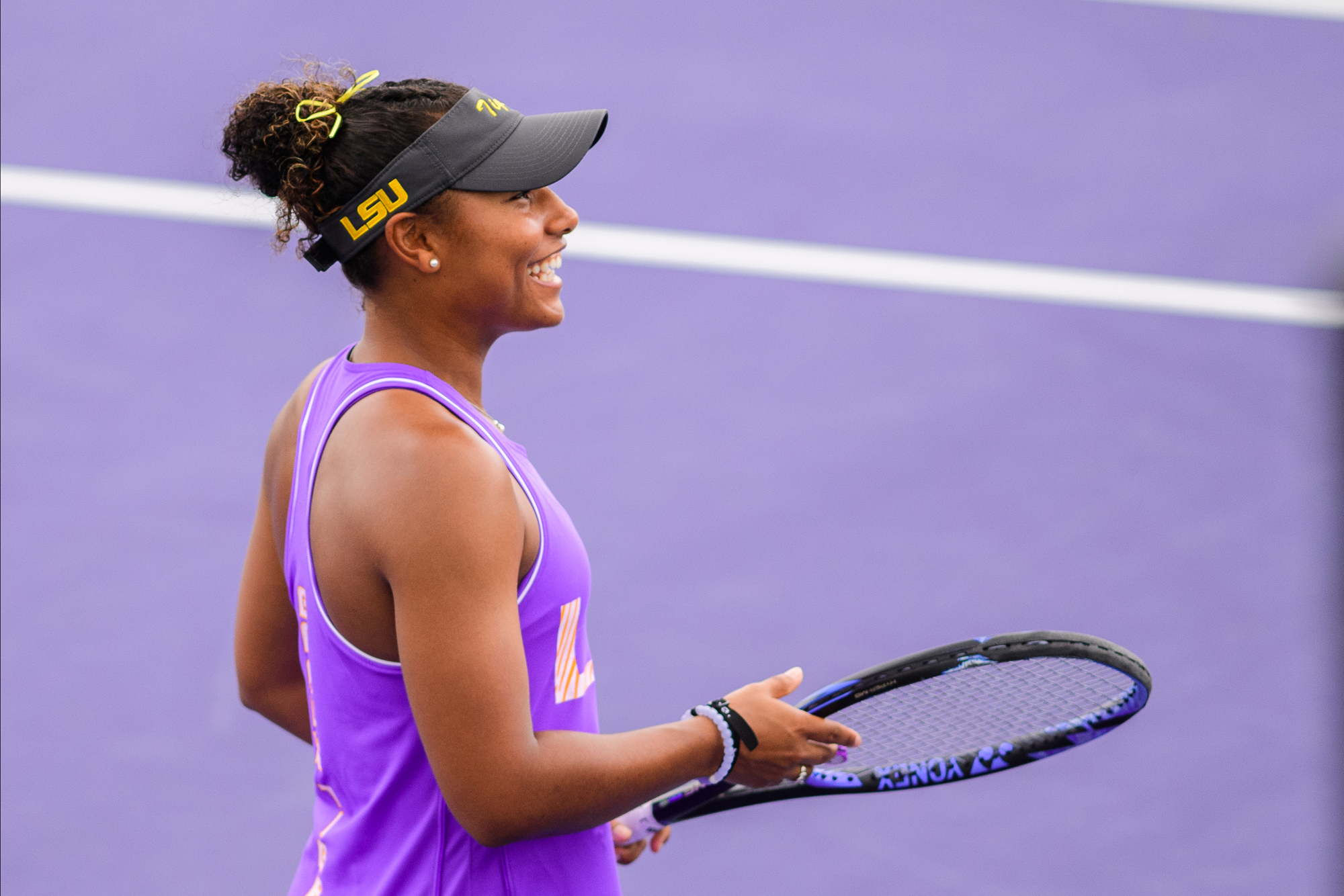 Orlando, Fla. – LSU Women’s Tennis senior Paris Corley advanced to the second round of the 2021 NCAA Singles Tournament with a grinding three set win over Xavier’s Ahmeir Kyle on Sunday afternoon at the USTA Campus.

“Super proud of the efforts today from our Tigers,” co-head coach Michael Sell said. “Taylor (Bridges) gave everything she had today in true Tiger fashion but was limited physically and that hurt her. Paris played a tremendous singles match against a hard hitting, talented player. Although she did make things a little hard on herself, she found a way to win and stayed confident and true to her game. Paris has been resilient and tough all year and I’m excited for her to advance to the next round.”

Corley took an early lead in the second set and eventually led by a score of 5-3 before Kyle struck back by coming back to tie it up at 5-5. After winning a game each, the set came down to a tiebreaker. Kyle took the lead and held off a late surge from Corley to claim the tiebreaker 7-5 and force a third set.

In the third set, Corley and Kyle traded games back and forth all the way up to a 3-3 score line. Corley claimed the seventh game to take a 4-3 lead and finished strong by winning the next two games to win 6-3 and advance to the second round.

Campana claimed the first set, holding off Bridges at game point multiple times on her way to a 6-0 victory.

Bridges recovered in the second set, jumping out to an early 2-0 lead. Campana tied it up and the two traded games among each other until it was 3-3. Campana went on to win the next three games to win the set 6-3 and claim her spot in the next round.

Second round action begins on Monday, May 24, when Paris Corley takes on Iowa’s Alexa Noel, time to be decided.

Noel enters the match with a perfect 24-0 record having played at the No. 1 spot for the Hawkeyes all season. Her success this season has brought her numerous accolades such as Big Ten Conference Player of the Year, Big Ten Freshman Player of the Year, and a Top 16 seeding that clinches ITA Singles All-American status.